City officials say they hope to open the roads by the end of this weekend. 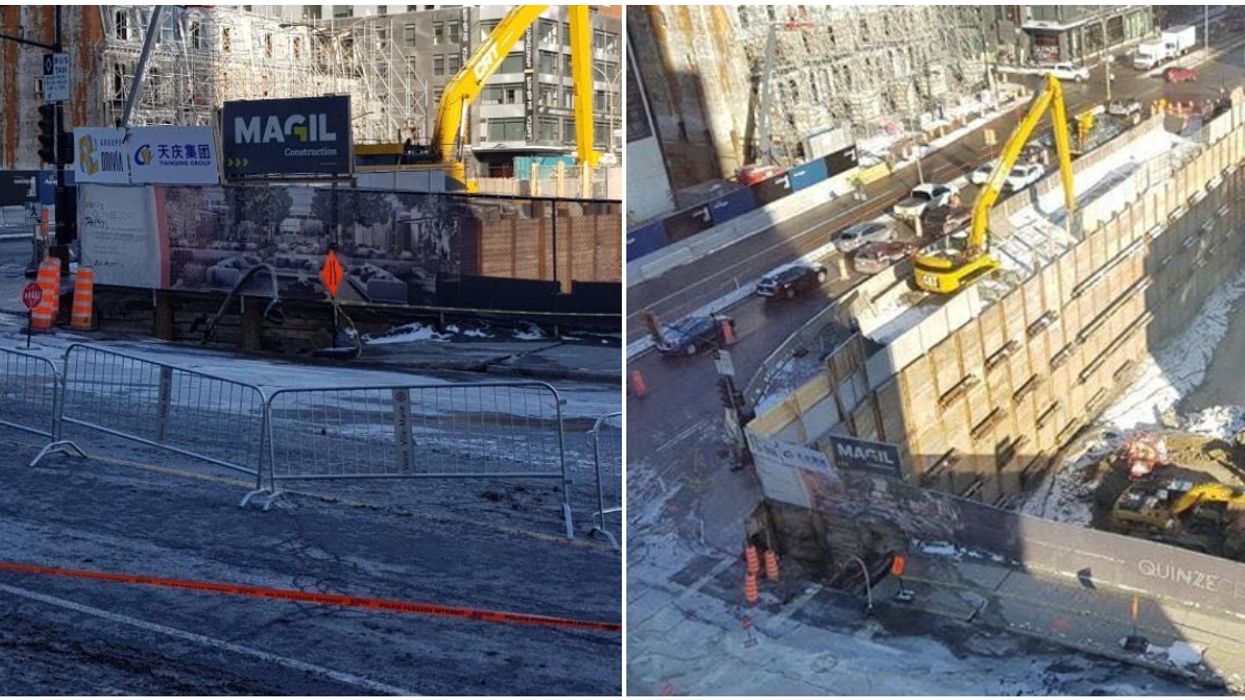 On the evening of December 11, a 20-inch water main on the corner of Guy and René-Lévesque burst and created a sinkhole that swallowed up a city light. While this was comparatively a normal incident, work crews shut down both directions of Guy between René-Lévesque and Saint-Antoine. Philippe Sabourin from the City of Montreal tells MTL Blog that the road will be closed as a precautionary measure for most of this upcoming weekend.

They're hoping to reopen the road to traffic at the end of the weekend and are optimistic about the results. Sabourin tells us that there are only infrastructural damages that they need to worry about.

There's currently no information on how large or how deep the sinkhole goes but Sabourin tells us that work crews will be on-site 24 hours a day to evaluate the situation. Hydro and gasoline infrastructures have been firmly secured and are at no risk of damage.

Commuters are warned to avoid the area as traffic is at a complete standstill on rue Guy towards René-Lévesque. The traffic coming down from Côte-des-Neiges is incredible and it's recommended that drivers use the access via Dr-Penfield to avoid the parking lot on Guy.

Photos sent to us from MTL Blog reader @lafransh038 give us a dramatic look at the situation as it was yesterday afternoon.

The sinkhole was caused by a water main break and is not connected to the recent rupture near the Old Port. Crews were quick to stop the leak before any significant damage happened.

The area is secure and currently impassible for all traffic. There's no exact time frame for when Guy will be reopened, according to the City of Montreal, but they hope to have it fixed by the end of this weekend.

READ ALSO: Quebec Teacher Salaries Are At Least $20,000 Less Than The National Average

A large-scale condo project is taking place on the same corner and work crews have been evacuated. In its current construction phase, there's a huge hole roughly 80 feet deep.

It wasn't confirmed whether the sinkhole is related to the ongoing condo development.

Montreal lost a streetlight in the sinkhole, but compared to others, this one is rather normal according to the City. No other significant damages have been reported.

This isn't the first time a sinkhole has opened up downtown. In April 2019, a sinkhole in Chinatown swallowed almost an entire traffic light.

If you're driving downtown, be sure to avoid the area at all costs.