There's A "Weed Bin" Before U.S. Customs At The Montreal Airport And It Absolutely Reeks

People are actually using it. 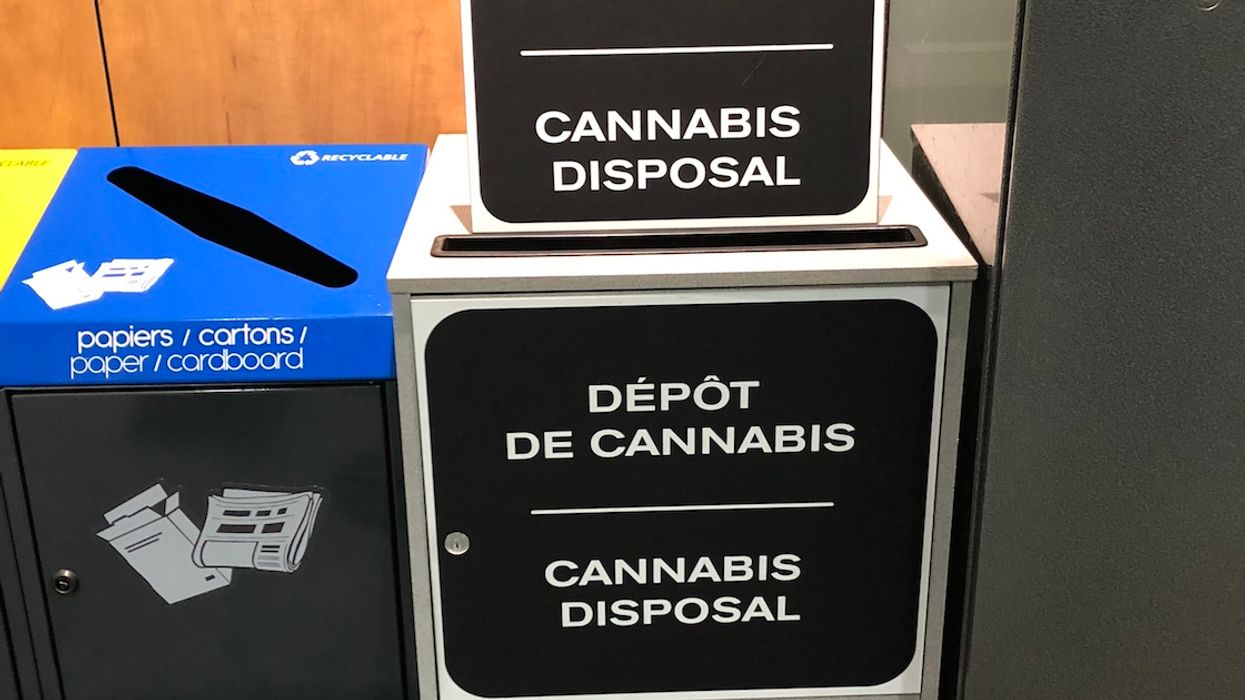 The Canadian government has taken every precaution to notify travelling citizens that it illegal to transport cannabis across international boundaries.

Since the legalization of recreational use of the drug last month, many have worried about possible ramifications for the relationship between the U.S. and Canada and the ability of law-abiding Canadians to cross the border.

TL;DR There's a cannabis disposal bin at the Montreal airport before the entrance to a security checkpoint and U.S. Customs. If you get close enough, you'll be able to smell the marijuana that travellers have deposited.

The U.S. Customs and Border Protection Agency (USCBP) has repeatedly made clear that, despite legalization in Canada, the drug is still forbidden by American federal law. The USCBP has vowed to ban for life any Canadian who admits to ever using marijuana. Some unsuspecting Canadian travellers have already been turned away.

In response, Canadian federal authorities have erected signs along customs zones to warn citizens to dispose of their legal cannabis. Such warnings are now a feature at the border and Canadian airports.

In some locations, authorities have even made available bins where Canadians can quickly dispose of their marijuana.

Last month, a social media post depicting one such haphazard bin at the Toronto airport went viral. The simple, open container made it easier for airport visitors to walk up and take all the product they desired. The airport authority has since clarified that such action is highly illegal.

But quietly the Montreal airport introduced a similar "weed bin." This one, however, appears to make it impossible for anyone to reach in and help themselves.

The bin is right next to the entrance to a CATSA security checkpoint and U.S. Customs preclearance area, giving travellers one last chance to safely deposit their cannabis. Although, the bin is hardly inconspicuous. A nosy official need only look around the corner to see who was carrying marijuana.

There are no U.S. Customs officers in the area, however, so travellers who use the bin are safe from overzealous American agents just waiting to issue a lifetime entry ban.

While the bin appears ridiculous, we can confirm that people are actually using it because, well, it stinks.

The "cannabis disposal" definitely includes some scent-blocking agent, but those who pass within one meter of the bin might catch a whiff – probably not the best or most comforting sensory experience before heading into security and customs.

The smell of weed becomes stronger as you approach the bin. But rest assured that you may carry on your regular business at the airport without ever smelling any marijuana.

It's still not clear what, exactly, maintenance crews do with the cannabis in the bin. Is it simply disposed along with the rest of airport garbage? Is it burnt?

We intend to find out.