Customers have already begun complaining of the nearly empty tables of food. 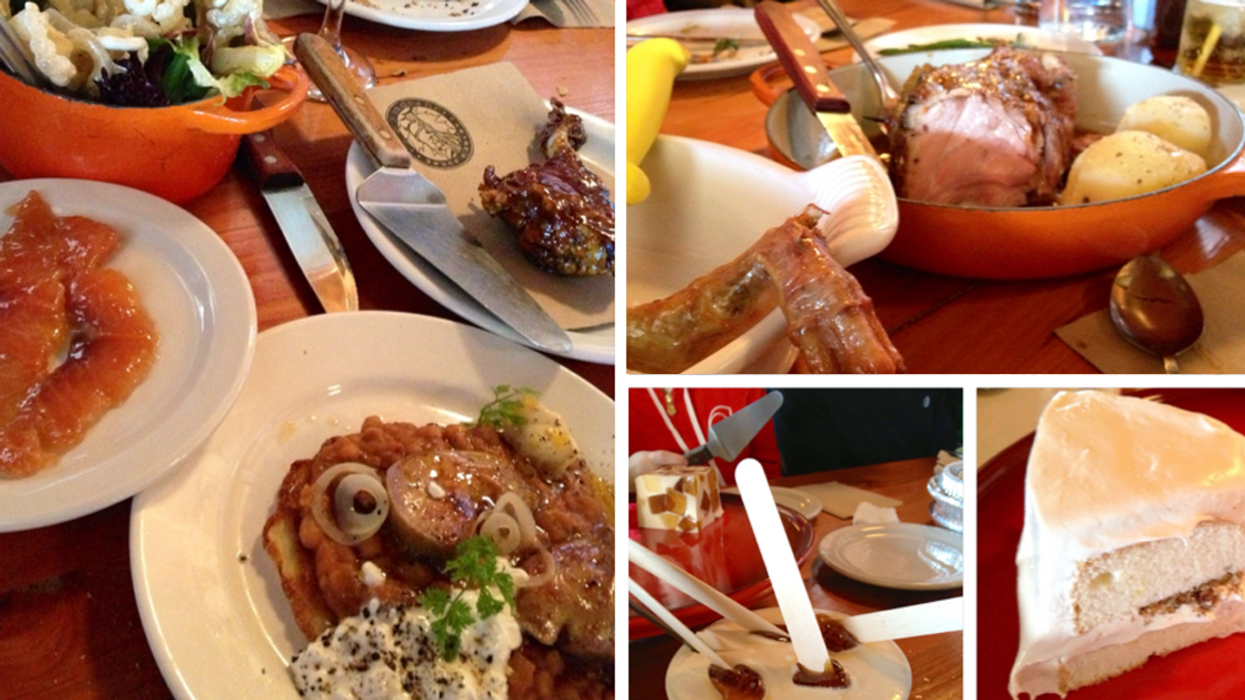 Les Cabanes à sucre... truly an essential part of early spring for Quebecers. Indulging not only in major festivities and enjoying maple syrup-based treats, but also the vast amounts of food served at every sugar shack is what makes it the tradition.

You probably have fond memories of sitting down to a buffet-style staple meal at a sugar shack, filling your plate with as much as it can handle before leaving with a pretty massive food baby and a smile on your face.

The tradition of giant plates full of meals and more than enough food to go around might be coming to an end this year, as Quebec's sugar shack owners have decided to cut portions this year in an effort to limit overall food waste.

TL;DR Sugar shacks across Quebec are serving smaller portions at their tables to be more conscious of their environmental footprint as well as be respectful of those who are in need of food. All leftover food is now being donated to charities across the province. More details below.

Owners of the cabane à sucres across the province feel defeated by the amount of food that is thrown out each day after customers dine-in at the tables filled with fresh food.

A phenomenal amount of food goes directly from table to garbage, with giant bins being filled throughout the day and totally wasted.

Out of respect for not only the environment but for people that could rely on the perfectly good food, sugar shack owners are trying to reduce portion sizes in hopes that less food will be wasted.

The only problem is that customers are protesting the change. According to Le Journal De Montreal, owners say customers enjoy seeing full tables at the beginning of the meal, and have already begun complaining about the smaller portions being laid out.

Although the amount of food is reduced, the tables are restocked more regularly than before in an attempt to avoid seeming empty.

Sugar shack owners across Quebec are attempting to educate customers on the problems of wasting so much food, which has caused an outpour of visitors to feel motivated to donate any extra food they have.

Although the owners have offered to donate leftover food to charities in the past, the Ministry of Fisheries and Food of Quebec have strict regulations which made it difficult. As of now, uneaten food at the sugar shacks is now legal to donate to shelters and people in need.

So although you may not be able to stuff your face with sugar shack delicacies like you have in the past, at least you can feel humbled by knowing all the leftovers on the table won't be going to waste.