This Map Shows How Scary Frequent "Firebombings" Are In Montreal

This happens too often. 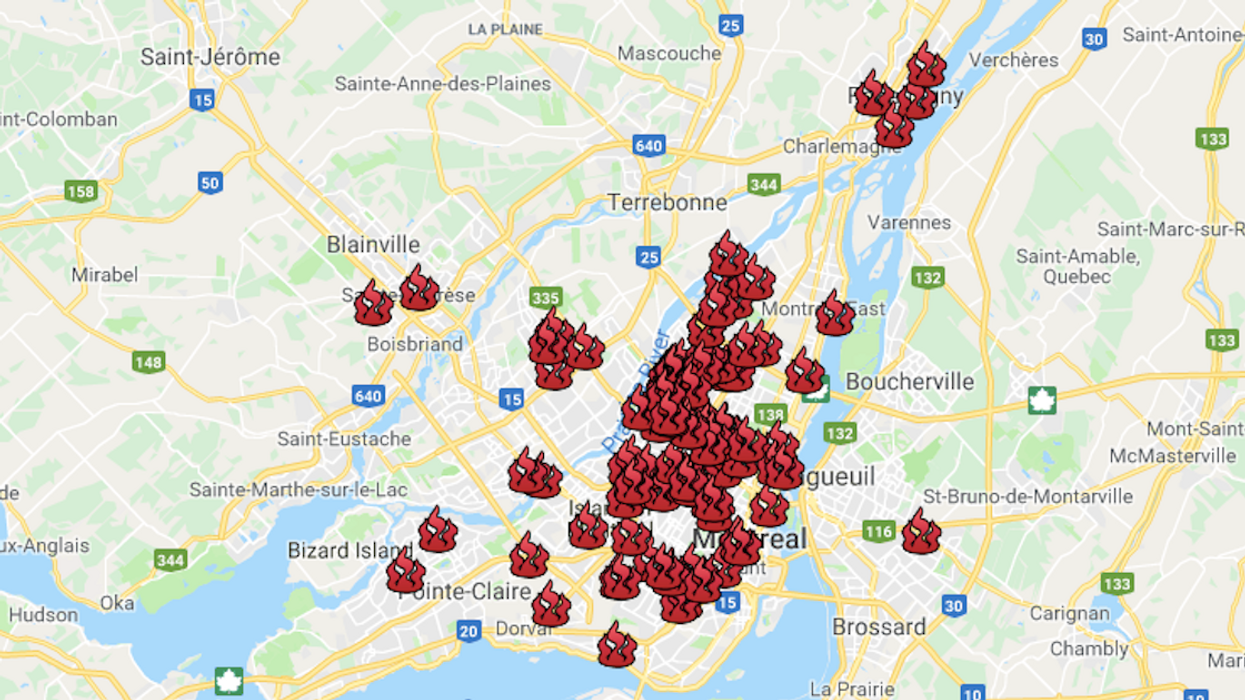 Reports of a fire bombing at a home in Westmount captured the public's attention two weeks ago. Events like these may seem like a one-off, but firebombings are surprisingly common in the city.

For those who don't know, "firebomb" refers to any device thrown at a building or structure with the intention of sparking a flame. Firebombings are used to both intimidate property oweners or tenants and destory property.

Incidents of firebombing are so frequent in Montreal, that there is even a publicly available a map that identifies locations that have been targeted.

READ ALSO: UNIQLO Is Hiring In The Montreal Area

TL;DR Someone has created a map of all of the firebombings in Montreal since 2009. The map makes obvious that fire bombings are relatively common in the city.

The map details all of the firebombings in Montreal since 2009 and makes obvious that attacks occur relatively often and in most of the city's boroughs.

Via Firebombings in Montreal 2009-present

The map is available to the public here.

Some places are hotspots (so to speak) for firebombing activity.

Now-closed Reastaurant Cavalli, for example, was the victim of arson twice between the months of May and July 2014.

Not to mention that St-Leonard and Montréal Nord seem to have a high concentration of firebombings.

On the other hand, some neighborhoods are notably free of the little fire icons that indicate a fire bombing.

The Old Port and Outremont are both almost entirerly free of firebombing crimes.

The map also indicates when the firebombs took place. According to map date, the frequency of fire bombings has diminished in recent years.