Update: Video Of Montreal Priest Being Stabbed During Mass

This video is very unsettling. 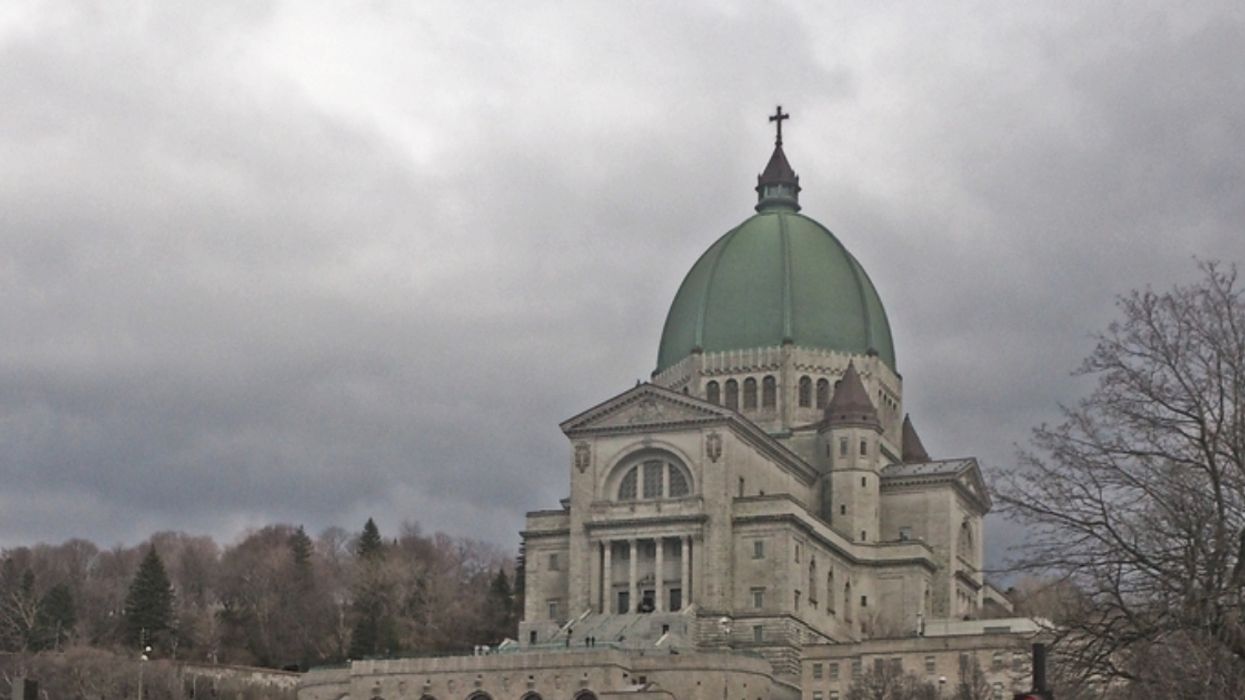 As we reported earlier this morning, a serious situation went down this morning at Saint Joseph's Oratory in Montreal's Cote-des-Neiges neighbourhood.

The priest, Father Claude Grou, who was leading morning mass at Canada's largest church, was attacked a stabbed by an unknown assailant who has since been arrested by Police.

What is even worse is that St. Joseph's does regularly broadcast their masses online for parishioners at home to see, and this morning's mass was no different.

The video of the attack has since appeared online and you can find it below.

Warning: The video below does show the assailant aggressively approach the priest and subsequently attack him. This may be unsettling for some viewers.

READ ALSO: Montreal Priest Has Been Stabbed This Morning At Saint Joseph's Oratory

TL;DR Video has surfaced of the incident this morning at St. Joseph's Oratory, where a priest was stabbed while delivering mass in Montreal.

Following the unfortunate incident that occurred this morning at the 8:30 mass at the crypt, we confirm that the life of Father Claude Grou, Rector of the oratory, is out of danger. We invite you to pray for his speedy recovery.

On a hopeful note, the priest has only suffered minor injuries.

In fact, in the video, you can see him stand up after being attacked, which corroborates reports that the priest should make a full recovery, particularly because of emergency responders who were able to tend to the victim quickly.

A spokesperson for the Oratory confirmed that Father Grou has been taken to hospital and upon departure, he was conscious and talking, which is again a hopeful sign of his full recovery.

Still no word on the weapon or details about the suspect, who is currently in police custody.

What a horrible and inexcusable gesture that has no place in Montreal. I am relieved to learn that the life of Father Claude Grou, Rector of the @osjmr, is out of danger and that his condition is stable. On behalf of all Montrealers, I wish him a speedy recovery.

We will, of course, update with you with any further details that arise.