At this time there have been no reports of any injuries. 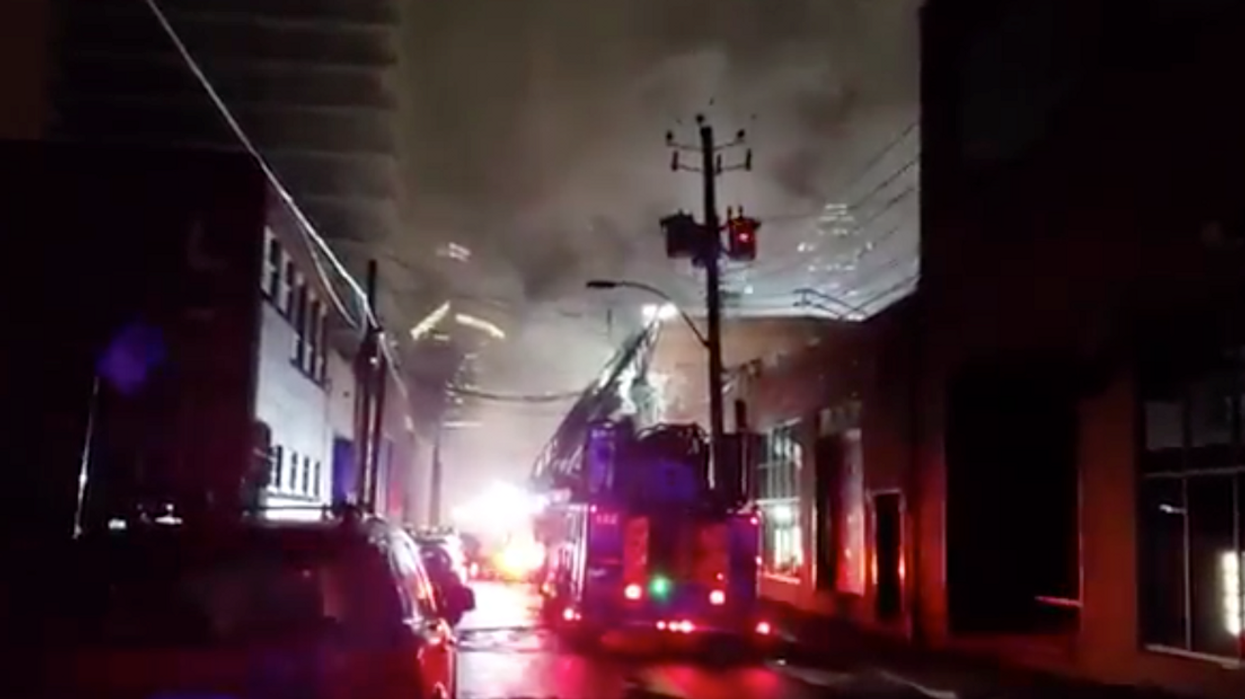 Early this Friday morning, Montreal firefighters rushed to the scene in Griffintown where an uncontrollable fire had taken over a building on Peel, Ottawa and Young Streets. The first call was received as early as 3:41 a.m., with the fire still active and extremely dangerous hours later.

Due to the fire, Hydro-Québec customers in the area may have experienced loss of power in the neighbourhood, as electricity was cut for over 500 residences and businesses.

As of now, Montreal's fire department says they don't believe anyone was in the building during the time of the fire.

TL;DR A three-alarm fire in Montreal's Griffintown neighbourhood early this morning led to over 80 firefighters on the scene, while Hydro-Québec made the decision to cut power for 500 customers in the area. The blaze was still going hours later, but luckily no one has been reported injured. Video below.

Firefighters are at scene of a large fire threatening an apartment complex. Evacuation is ongoing. @Urgences_sante transported one injured Firefighter, Young and Peel street is shutdown between Wellington and William. @CTVMontreal pic.twitter.com/nK1y53MFJ7

The fire is predicted to have begun at approximately 3:30 a.m. this morning, with firefighters arriving on the scene shortly after.

The three-alarm blaze, which took over an empty three-storey building, put Montreal's fire department into "defence mode" as they attempted to limit the fire from spreading to other buildings or homes in the area.

According to CBC News, the first floor of the building was a car wash, with the upper floor likely being another business.

As of 5:30 a.m. the fire was still active and produced an intense amount of smoke that could have been spotted from across the city.

Luckily, during the time of the fire, no one was inside the building. There have also been no reports of injury due to the fire.

Stay tuned for more information on the Griffintown fire this morning.