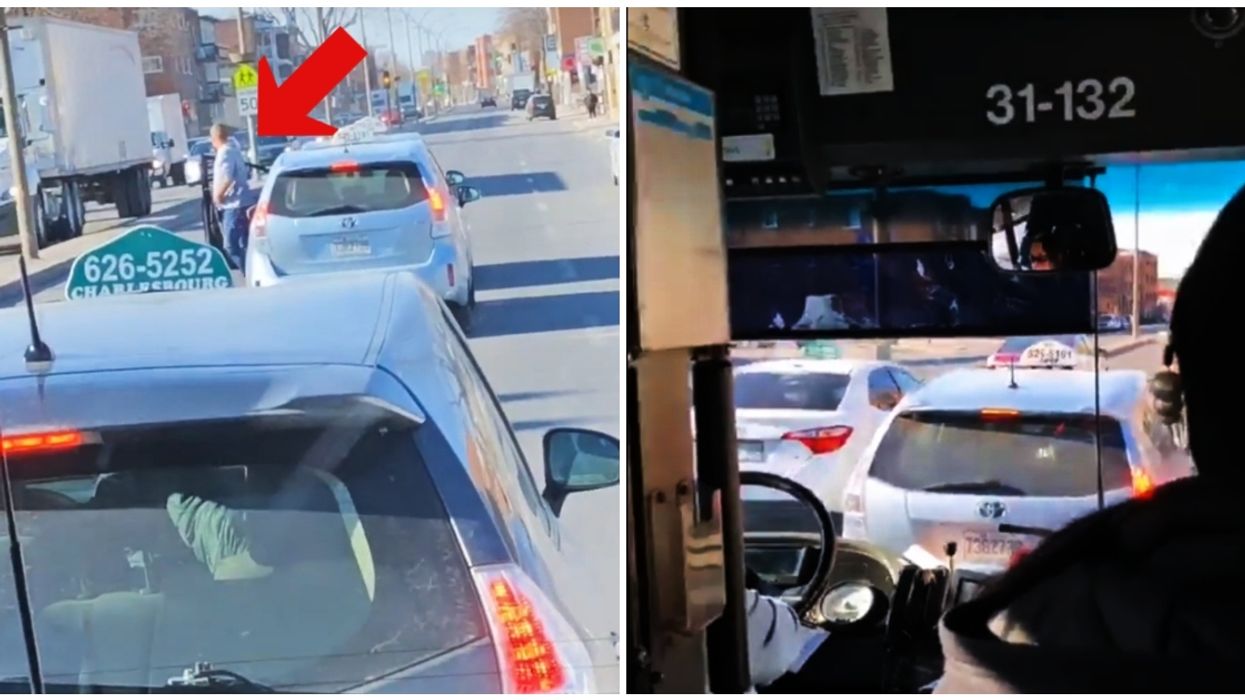 As we reported this morning, taxi drivers in Montreal are yet again protesting in the streets today, in their ongoing fight against the proposed deregulation of the ride-hailing industry in Montreal.

In an effort to make their voices heard, they have yet again taken to the streets, honking and slowing down traffic.

However, they seem to be in it to win it today, as we have videos of drivers intentionally blocking public buses, and even exiting and leaving their vehicles in the middle of the road.

READ ALSO: Montreal's Botanical Garden Will Be Free For A Day In May

TL;DR Montreal taxis are back in the streets to protest Bill 17 again today, and they've upped the ante. Videos below show drivers blocking STM buses and straight-up exiting their cars and leaving them in the street to block traffic.

In the video above, submitted to MTL Blog by Instagram user @nelsonteel, you can see two taxi drivers use their cars to block the flow of traffic.

The video was taken from on a public bus, which was inevitably stalled from continuing its route.

I can only imagine how many passengers on board were late to work or school... and that's just one bus.

In the video seen above, also submitted by @nelsonteel, you can see a taxi driver literally exit his vehicle, close the door, and walk away, leaving his taxi in the middle of the road.

There was talk at the end of March of a protest by the taxi drivers by giving free rides to passengers. This protest was inevitably skipped because of a driver self-harming on live television.

Correct me if I'm wrong, but a protest done in that nature would be a sure-fire way to get Montrealers on your side of the debate.

It would certainly do a lot more for their cause than making us all late for work or school. Just saying...