He allegedly broke into a car to obtain the bags. 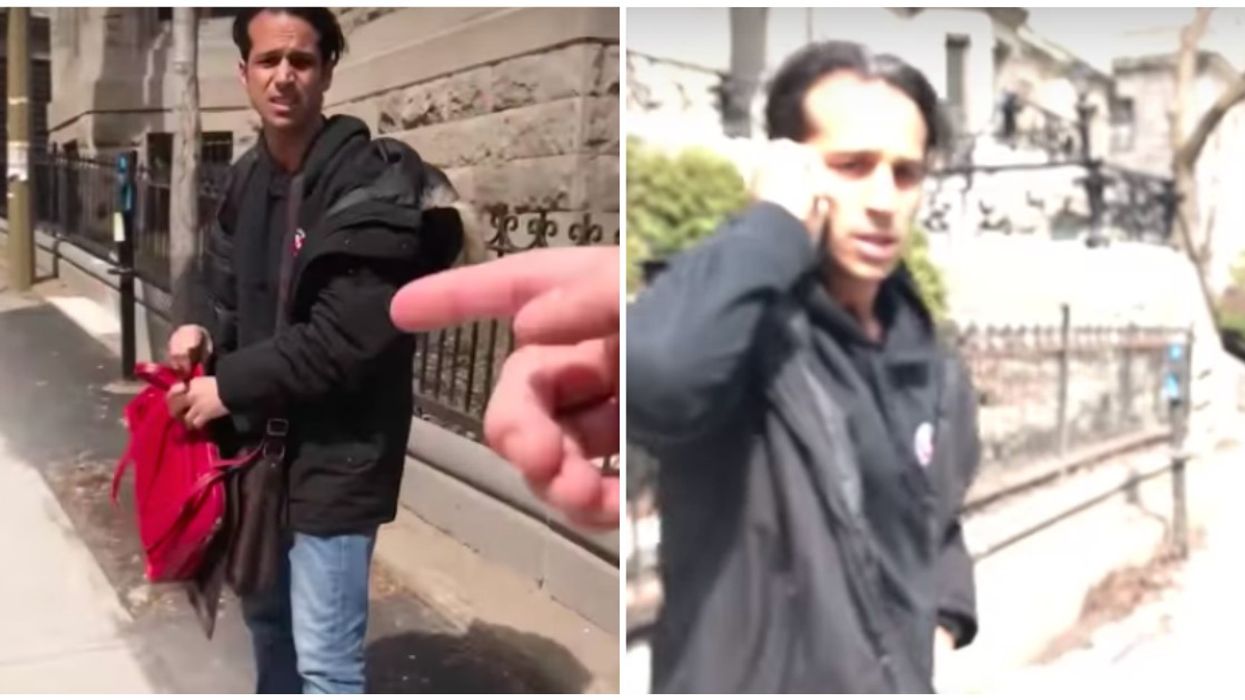 A video shared with MTLBlog by a reader depicts the moment he catches up with a thief who broke into a car and stole two bags. The incident occured on the corner of rues Drummond and Sherbrooke on Sunday, April 7th.

"We were at a restaurant and my step dad saw a thief break the window of a car and steal a bag, I turned around and saw him running away, knowing what he looked like I ran after him," the good Samaritan recounts.

"2 street corner later I finally caught up to him, at that point I did not know that he had taken both bags from the same car."

READ ALSO: Instagrammer Has Huge Meltdown After Her Account Is Shut Down

TL;DR A good Samaritan captured on camera the moment he caught up with a man who allegedly stole two handbags from inside a car in Downtown Montreal.

The video is striking. The thief is clearly caught off guard and embarrassed. Not knowing what to do, he gently hands over the bags and then appears to pretend to speak on the phone.

The thief does not contest the charge that he stole the bags and surrenders them while barely speaking a word.

He becomes afraid and jogs away when the good Samaritan threatens to call the police.

The man who shared this video did so not for credit, but to circulate the image of the man and raise awareness of downtown thievery.

The Samaritan later received thanks from the individual whose bags were stolen.

"Don’t leave your bag in plain sight in your car," is his final advice.