Michèle is back, and she's doing yoga. 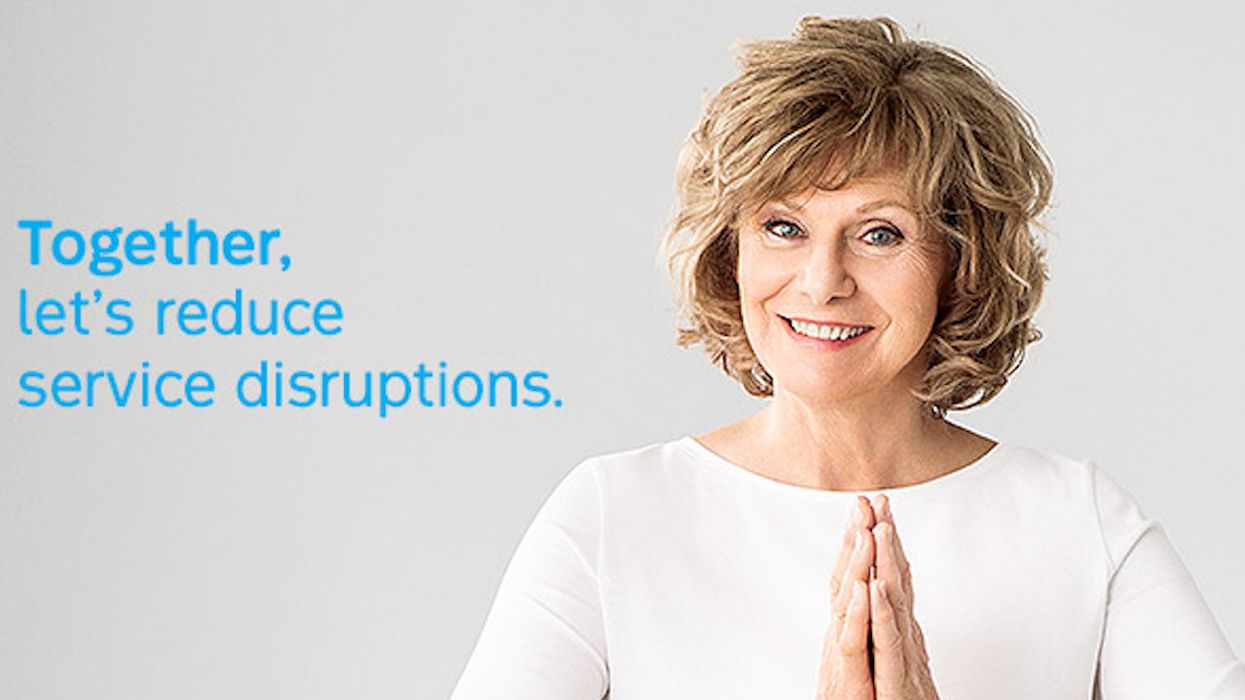 STM passengers have been on the receiving end of several new ad campaigns regarding proper metro behaviour in the last few months. First, Les Conseils de Michèle advised passengers on how to avoid actions that could result in service delays.

Then, the "Prehistoric" campaign mounted a PSA about what wasn't acceptable behaviour on public transit. Gigantic backpacks and hogging the tripod were two notable bad behaviours highlighted by posters that featured Neanderthals on the metro.

Now, Michèle is back for a second round of Conseils. This time, the voice of the metro dons white clothing and invites passengers to remain calm and collected during their daily commute with the #NAMASTM.

The original "Conseils de Michèle" campaign by the STM was perhaps not as well-received as the company had hoped. The videos starred the actress who has been the voice of the metro for the last fifteen years, Michèle Deslaurier.

The personable Michèle may have had some good advice on how to avoid delays, but the acoustics in the metro distorted her voice and made it difficult to hear what she had to say.

Some accused the STM of being condescending towards its passengers in the campaign and putting the blame for metro delays on the backs of passengers rather than taking responsibility for them.

The new campaign seems to address these complaints. "Did you know that 48% of service dispruptions of five or more minutes are caused by passengers?" the STM asks, taking responsibility for the other 52%.

They offer passengers advice on how to reduce delays, asking commuters not to hold doors and not to drop their phones on the tracks. Above all, the STM wants its passengers to stay zen amidst overcrowding and delays.

The PSAs are now silent, which addresses one criticism brought up during the last campaign.

"Métro platforms are not meant for practicing yoga poses. For your safety, stay behind the yellow line and hold onto your personal items," the new campaign states on the STM's website.

There are many weird and wonderful aspects to this campaign, and I don't know if we can unpack all of them today. The STM is doing its best to inform passengers of avoidable delays through a loveable figurehead. Will these new ads catch on?

You can see all of Michèle's new advice here.