You Can Now Get Ketchup-Flavoured Ice Cream In Montreal

Love it or hate it, you know you want to try it.
Alexandra Toutant 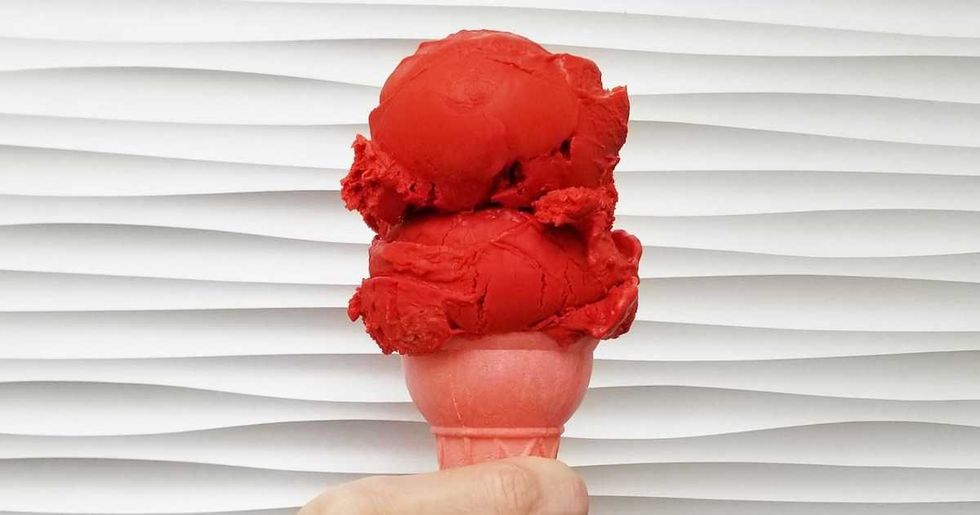 Canadians love ketchup: that's not an opinion, it's just a fact. One only has to walk through the aisles of any grocery store to see how we've flavoured a ton of other snacks with ketchup, like ketchup-flavoured chips.

A new ketchup-flavoured snack is coming to Montreal, and people are losing their minds. La Crémière has announced that their newest ice cream flavour is ... ketchup.

The announcement has been met with much fanfare on social media. As expected, the comments are hilarious.

The announcement was made on Facebook by La Crémière, a popular ice cream chain that has been around for over 20 years. You might know them for their Hurricanes, which is their version of the Blizzard.

They posted the photo to Facebok 3 days ago. The caption reads, "if you're the kind of person who likes to put ketchup on everything, we have good news for you! YES, YES, you guessed it, our new ice cream flavour is KETCHUP."

MTLBlog went to La Crémière for a taste test. Watch the video below:

READ ALSO: Starbucks Is Offering 50% Off Grande Refreshers This Week In Quebec

The comments on the photo are hilarious. One commenter wrote, "I'm pregnant and I don't even know if I would try this." Another wrote, "I'm feeling nauseous."

Others are, of course, tagging their ketchup-loving friends. Others are joking about similarly-palatable ice cream favours that the company should come out with — BBQ poutine, chicken nugget and Doritos.

READ ALSO: You Can Now Get 'Cotton Candy Ice Cream Burritos' In Montreal

The commenters who have tried the ice cream say that it's surprisingly good, but that it REALLY tastes like ketchup.

This isn't the only weird food mix to be released in Montreal this week. La Diperie also released a cotton candy ice cream burrito for the summer.