You Can Get Fined Up To $2,000 For Filling In A Pothole In Montreal

Not that we were going to, but you know, it's annoying to know that we can't. 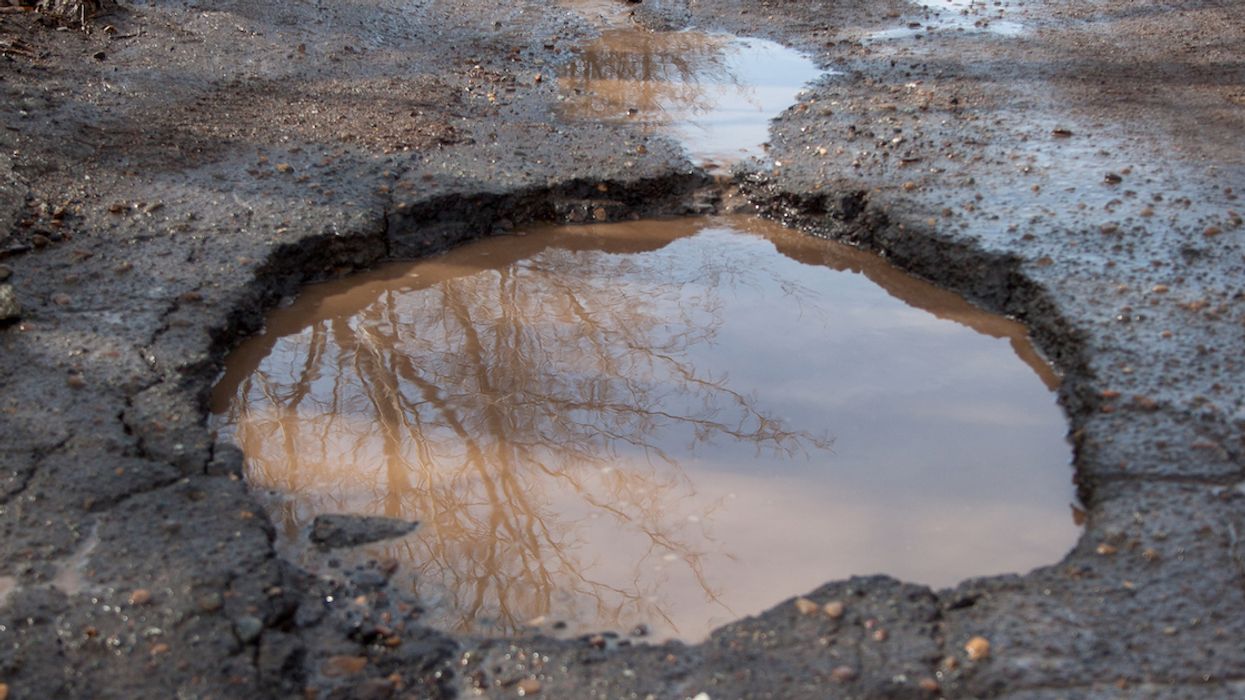 Spring showers bring April potholes, as the saying goes. As the snow thaws, potholes caused by the winter ice become evident. Some Canadians have been taking matters into their own hands and filling potholes themselves.

From the genuinely useful to the downright hilarious, Canadians are taking drastic measures to fix the streets and protect their cars.

Officials are warning that citizens who decide to DIY fix the potholes in their area can, and will, be fined. Fines start at $250 and can go up to $2,000.

TL;DR Many Canadians have taken the matter of fixing potholes into their own hands. However, officials are warning that doing this can make you eligible for a hefty fine, not too mention the risk of being held liable if your pothole fix injures someone.

This time of the year, Montreal potholes make the GIF above extra relatable.

Some people (read: angels) have decided to take matters in their own hands and fix potholes themselves. Montreal comedian Tony Riccio, for example, made headlines 3 years ago for fixing a pothole with some loose topsoil.

Some Toronto citizens turned a pothole into a tomato garden, and I personally think that that's brilliant:

Tomato be 🍅
Or not tomato be 🍅

People fed up with large sinkhole on street have planted a tomato garden in it instead.

But what will City do about it? Answers on @globalnewsto at 6. pic.twitter.com/Pg4ZpmCnip

We were talking about potholes yesterday following the news that compensation paid to drivers has more than doubled here in the last 2 years. Here's how residents 'fix' the problem in New Orleans, with Mardi Gras beads (*not suggesting you try this but I've seen it for myself) pic.twitter.com/Ieqrc0Wat9

Other fixes by cities around the world even manage to make Montreal look good:

When you ask a forklift driver to fix a pothole. pic.twitter.com/AWSTIVSWND

Remember when you were promised that higher gas taxes would be used to fix roads, freeways, and bridges across California? Sandbags for Compton potholes. #TaxedEnough #CaDeservesBetter #GasTax #CalLeg Photo courtesy from Pastor Herndon Sr. pic.twitter.com/SowuQkgjn0

As tempting as these fixes may be, officials are warning that repairing potholes yourself can lead to some hefty fines.

In Montreal, a first offence will cost around $250. And repeated offences can lead to fines of up to $2 000.

Not to mention the fact that, if someone is injured because of the fix, you could be held personally reliable for damages. And you could be fined on top of everything for the cost of re-filling the pothole.

All things considered, the benefits of fixing a pothole yourself are unfortunately probably not worth the risk.