Montrealers Throw A Birthday Party For An Abandoned Construction Site 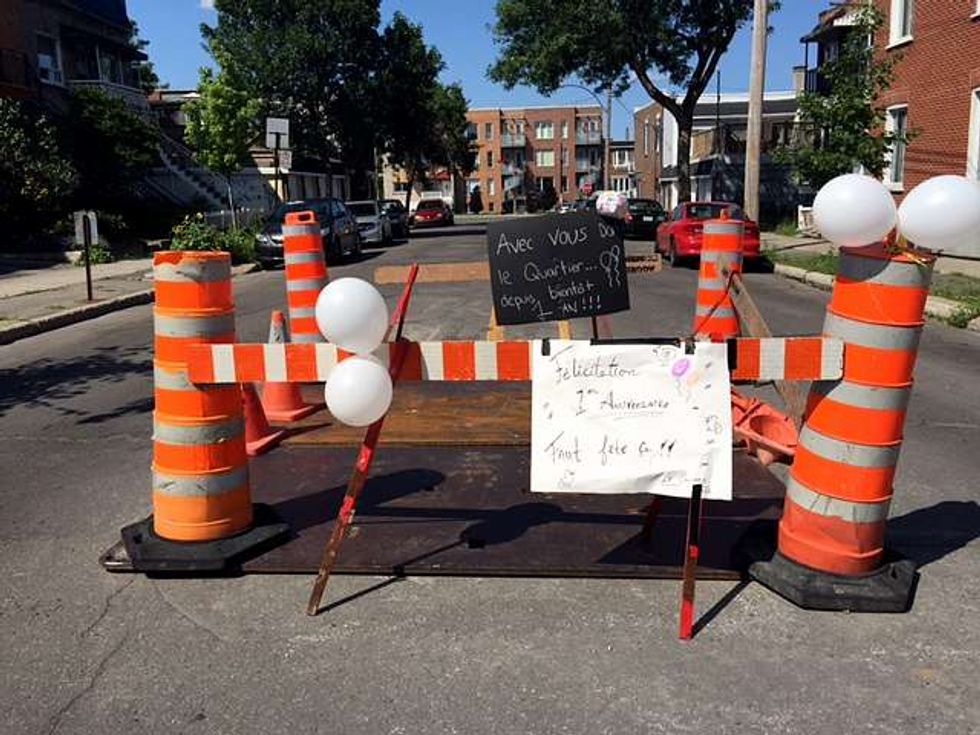 Anyone that's ever set foot in Montreal knows how frustrating having to deal with construction can be, because it just never stops. And it can feel especially lengthy when the city decides to just abandon a site mid-project, which is exactly what happened at the corner of Holt Street and 10th Avenue.

Residents of the area, fed up with the construction site's presence, decided to hold a birthday party for the open hole, seeing as it's been abandoned for almost a year. They brought out balloons, party hats and signs with messages such as "We're in the neighbourhood for almost 1 year!!!" and "Congratulations. First Birthday. Should Celebrate!!"

Not only is the construction site's presence just plain annoying but it's causing some safety concerns for the residents and their children. Cars often have to drive on the other side of the street to avoid the construction. According to one resident, when they spoke to the city about filling in the hole, they were told that "the work on a construction site is not always visible." which sounds like a pretty lame excuse if you ask me.

I guess we'll have to wait and see if the construction actually gets finished, or if it'll be around long enough to have a second birthday party.