Montreal's Mile End Ranked #2 Most Hipster Neighbourhood In The World

Too hip to quit.
Laura Hanrahan 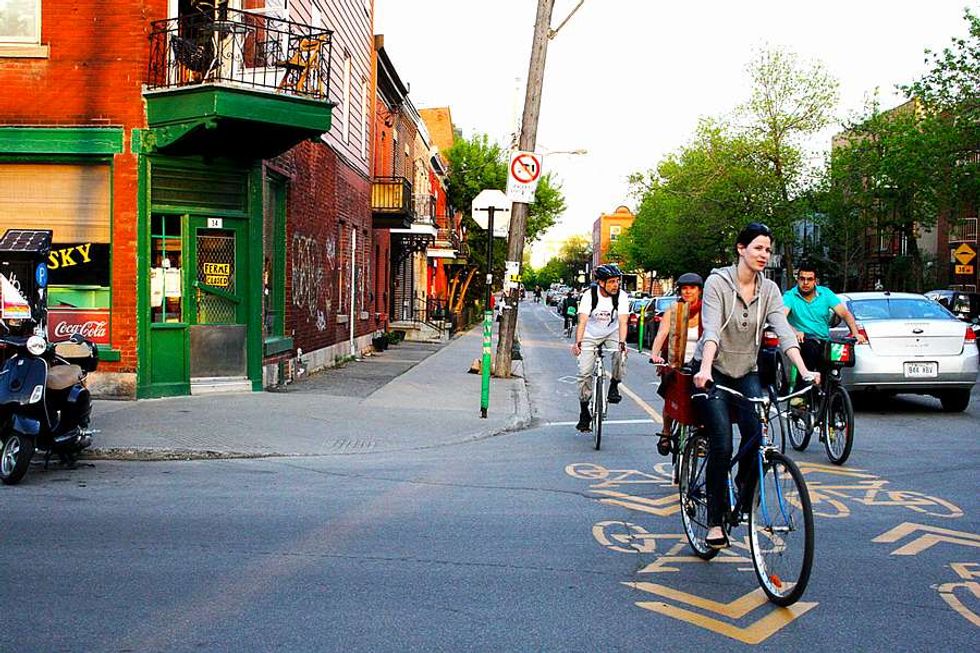 The Huffington Post released a top 10 ranking of the world's most hipster neighbourhoods and our very own Mile End landed itself the second spot on the list. Montreal in general is a pretty hipster city, so we're not too surprised that one of our boroughs made it so high up on the list.

Between the independent cafes, art galleries and endless manicured beards and plaid shirts, Mile End really is the hipster epitome of Montreal. No, of Canada! It's also where indie band Arcade Fire got their start. And as the article nicely points out "you'll get the chance to spot a rare breed—the French Canadian hipster—in its natural habitat." Who knew we were such a commodity?

If you've ever been to Williamsburg you know it's absolutely dripping with hipsters and indie everything, so I think we can handle coming in second to them. But I had no idea hipsters were such a world-wide phenomenon. Sure London and Portland I would have expected, but who knew Amsterdam and Israel had their fair share too? I guess you learn something new every day.