But we still love our Expos! 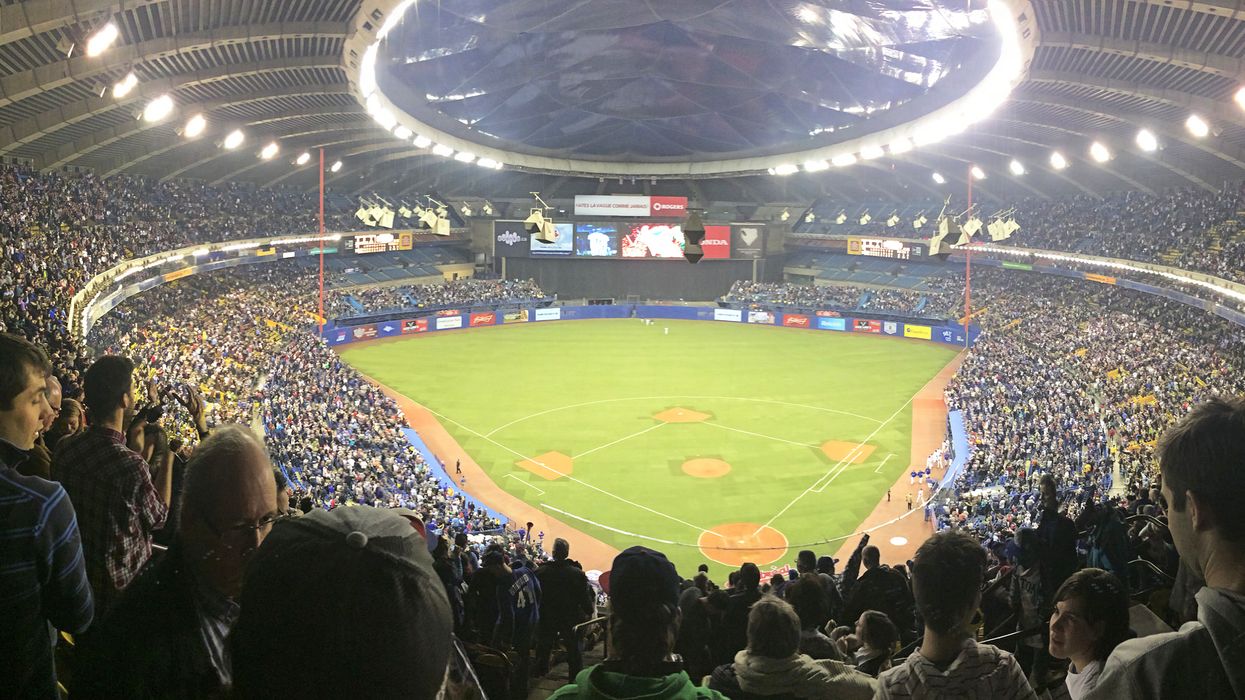 Montreal has a somewhat sordid history with Major League Baseball. Back in what is now the idealized past of the late 90s/early 2000s, the city still had a MLB team, the nostalgia-tastic Expos, but Montreal's rep as a city bad for baseball existed well before the Expos' migration to Washington. Apparently Montreal's has been awful when it comes to baseball since '69.

In a ranking of the worst MLB ballparks of all time, Sporting News has placed Montreal on this list, not once, but two times. A little harsh, though given the reasoning, it's hard not to deny that Montreal's ballparks kinda deserve to be on the list.

Ranked at #7 on the list is the Olympic Stadium, home of the Expos from 1977-2004. The major point of criticism for the Big O is the retractable roof, which wasn't even completed 'til 1987, and then closed up in 1992, with many annoying tears in between. SN adds the '94 strike and the hot mess that was the Expos' management to their reasoning on the #7 ranking, which is hard to deny.

Topping the Olympic Stadium a full two spots ahead at #5 is Jarry Park, the temporary home of the Expos from 1969 to 1976. Temporary is a loose term here, as the team stayed at Jarry Park for seven years. SN Jarry Park as the result of "hundreds of those aluminum bleachers you see at Little League baseball fields...pieced...all together," which isn't the most flattering of descriptions.

Montreal may have ranked twice on this list, but we can rest easy that we're not as bad as Toronto, who claimed the top spot with their Exhibition Stadium. Sometimes you just need to look on the brighter side, or in this case, the more awful side, to get a boost in confidence.

His prank came out of left field.
TomBrady | Twitter

For most Montrealers, the loss of the Expos was no laughing matter. But that didn’t stop NFL quarterback Tom Brady from announcing the team was coming back as an April Fool's Day joke.

He made the wisecrack on his Twitter account, which has 1.8 million followers. People reacted with both anger and amusement while others actually fell for the probable prank.

Tom Brady, arguably the NFL's greatest quarterback, has a surprising Montreal connection that many of you probably had no idea about. Before he became a superstar football player, Brady was a draft pick for the Montreal Expos baseball team.

With Brady on his way to his record 10th Super Bowl appearance, let's dive into his short-lived time as an Expos draft pick.