Montreal's Polytechnique Massacre: What You Need To Know But Were Too Afraid To Ask

And why you should care. 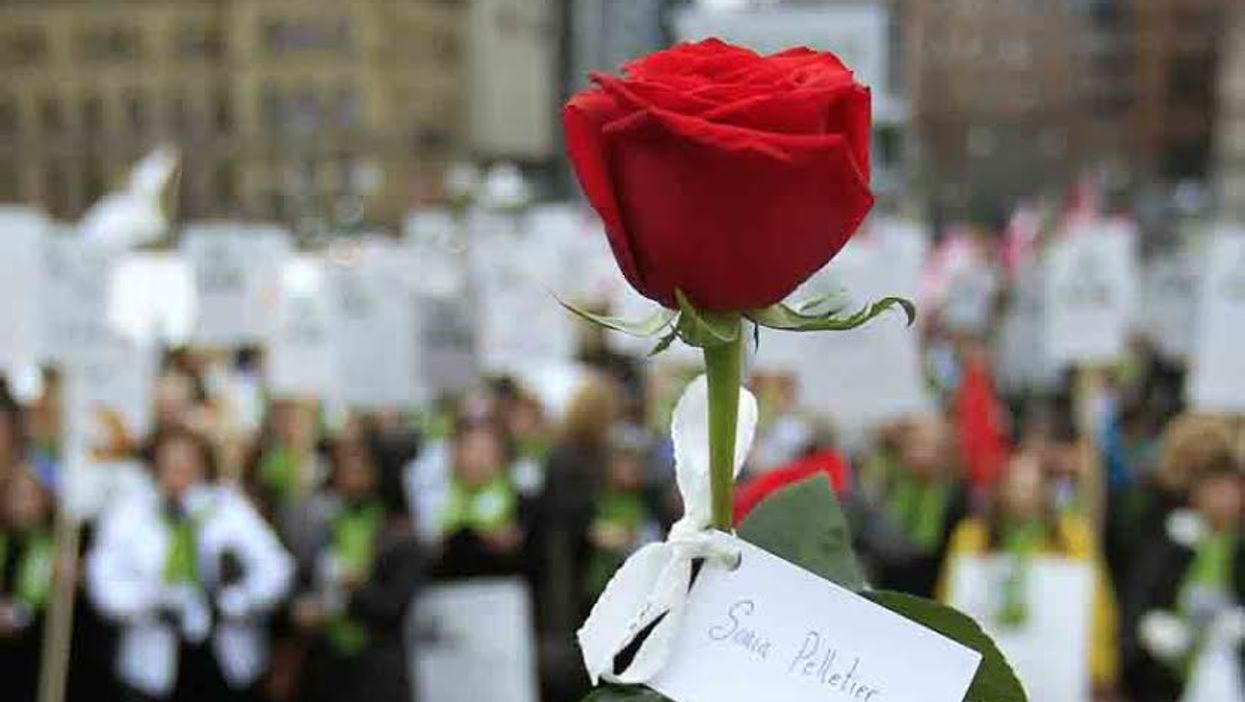 In the last few weeks, you've no doubt seen newspaper stories, reports, and references to the Montreal Polytechnique Massacre, a tragic event that took place on December 6th, 1989. Many of us, however, were born long after this moment in Montreal's history, and the event may not seem very important, or relevant, or you may just be too afraid to ask why it's such a big deal.

To anyone who believes the Polytechnique Massacre is not applicable to modern society or today's Montreal youth, well, you'd be wrong, and you'll see why below. All of you who just don't really know enough about the tragedy and why it's remembered, making you anxious that you'll embarrass yourself anytime it's mentioned, just keep reading to become informed.

Not simply an act of violence directed at all of society, Lépine specifically targeted only women during the shooting, quoted as saying he was "fighting feminism." This is perhaps the most important point to take away from the Polytechnique Massacre, and why the events of 27 years ago still hold such significance today.

According to the Montreal coroner's report acquired by Diamerni.com, the events of December 6th, 1989 played out like this:

Below are the names of the 14 victims of the Polytechnique Massacre, 13 of which were engineering students. I believe it is important to note that engineering programs are predominantly male-dominated, even today. CBC's #Rememberthe14 site has more information and a streaming service for the documentary on the tragedy, Legacy of Pain.

Any event that took the lives of 14 individuals would have a large impact on the community, but the Polytechnique Massacre took on special significance for its gendered focus. Cited as the "the first sexist crime in history" by Pierre Bourgault, the actions of Lépine made resentment towards feminism a very real issue, as Francine Pelletier points out. What was once a subverted problem became the origins of a tragedy.

CBC has two primary documents which help to showcase the public's reaction to the events of December 6th, 1989. One is a radio clip of women's reactions from the University of Toronto. The other is live footage of the aftermath of the massacre. Both demonstrate the intense emotions and shock experienced by individuals 27 years ago.

Certain groups argued that Lépine's actions were motivated by his own personal mental issues, not due to a hatred of women and the feminist movement. The argument was given some credence for the planned suicide that went along with the murders; the multiple homicide-suicide strategy is often linked to personality disorders. Lépine actually points this out in his own suicide letter, stating how the media will attribute the "madman" moniker to his actions while reaffirming his own rationality.

To mark the day as a time to reflect on, and speak out against, violent actions taken against women in society, the Parliament of Canada inaugurated December 6th as the National Day of Remembrance and Action on Violence Against Women, and the associated white ribbons, which is observed across the nation.

Why It's Still Relevant & Why You Should Still Care

27 years is a long time, and in the quarter of a century that has passed since Dec. 6th 1989, one could argue that the motivations behind the Polytechnique Massacre would no longer be relevant to the state of modern Montreal society. The opposite is the case.

Both Marie-Claude Lortie and Francine Pelletier reference the recent Jian Ghomeshi scandal to showcase how extreme violence towards women still occurs in today's society. The same issue dominated the nation's media 27 years ago and for the last month, and only now have female voices begun to be heard.

Pelletier also notes how the December 6th massacre "was not just a crime against women but against feminism, against women who dare go where only men have gone before," a powerful point that can truly resonate with even the youngest of us. If women were held as complete equals to men in every regard, we wouldn't be praising (or criticizing) celebrities like Beyoncé for being feminists and breaking down gendered barriers. We have come a long way, but there is obviously still work to be done.

What every Montrealer should take away from the memory of the Polytechnique Massacre is not that "men are evil" or "women are always in danger." Instead, the core issues and what prompted such actions should be remembered, discussed, and ideally ameliorated, by both men and women, to try and make Montreal not just a safer place, but a more accepting venue of free thought and expression, where any individual can feel comfortable participating in any facet of society.

The Best And Worst Cities In Canada To Be A Woman

If you’re a woman living in Canada, you may want to leave Montreal and head to Gatineau. Or even Victoria, B.C., as both cities are demonstrably better for women to live in than Montreal, or any other city in Canada.

According to a report by the Canadian Centre for Policy Alternatives, dubbed “The Best and Worst Places to be a Woman in Canada 2017,” some Canadian cities don’t exactly favour the female sex.

We may think we live in an enlightened progressive society, but the truth is that we still have a long way to go when it comes to equality between men and women.

The country unloaded on her in ways you've never seen before.
Sophie Gregoire Trudeau

Everyone is freaking out at Sophie Grégoire Trudeau, ever since she posted a photo of herself holding her husband's hand on Instragram yesterday.

Olivia Fusco attends Laurier Macdonald High School and made this incredible video to empower women to feel beautiful and embrace who they are. She made this video for her sec. 5 IB personal project and she truly deserves a mark of 100%! I was personally touched and inspired as a former IB student and I understand first hand all the effort she put into her masterpiece.