Montreal's Prince Arthur Is Getting A Public Market

Finally, bringing some life back to the street.
Laura Hanrahan 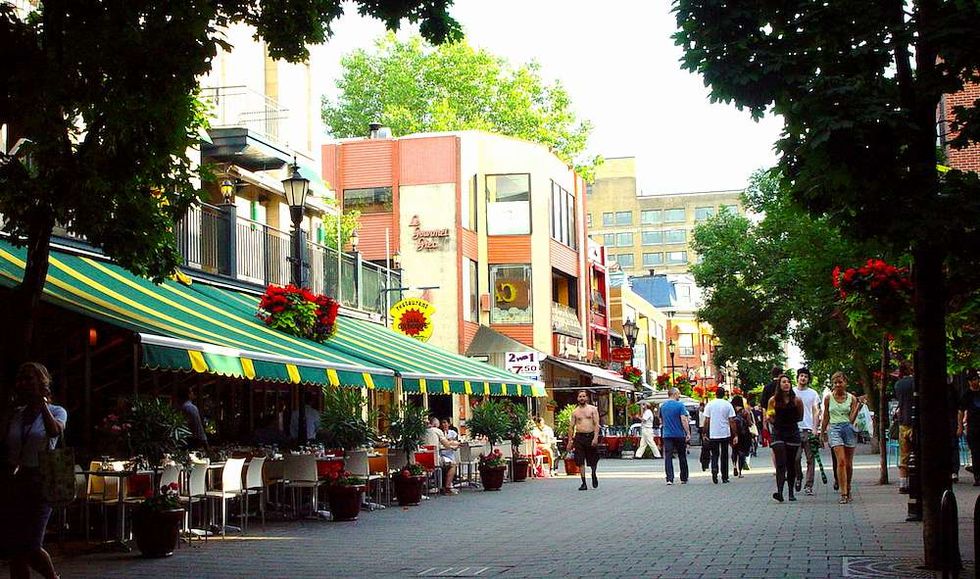 A brand new public market will be making its way to Montreal very soon. As part of a project to revitalize the struggling pedestrian area on Prince Arthur, the city is planning for there to be a weekly farmers' market every Thursday, 3pm to 7pm, from August 13 until October 15.

There will be 15 booths each week, with everything from bakers, to gardeners to butchers, and beekeepers. And if there's enough interest from the public, which there should be since there aren't any markets particularly close to the lower Plateau, permanent infrastructure for the market will be installed.

If you've been down to the pedestrian part of Prince Arthur lately, you know that a large portion of the buildings there are either completely empty and boarded up or under major construction, which is pretty sad, considering how much potential that areas has. Well, the city is planning to spend $2 million on the street to revitalize it in time for Montreal's 375th birthday, so the market is just the first of many changes to come.