But maybe not heated sidewalks. 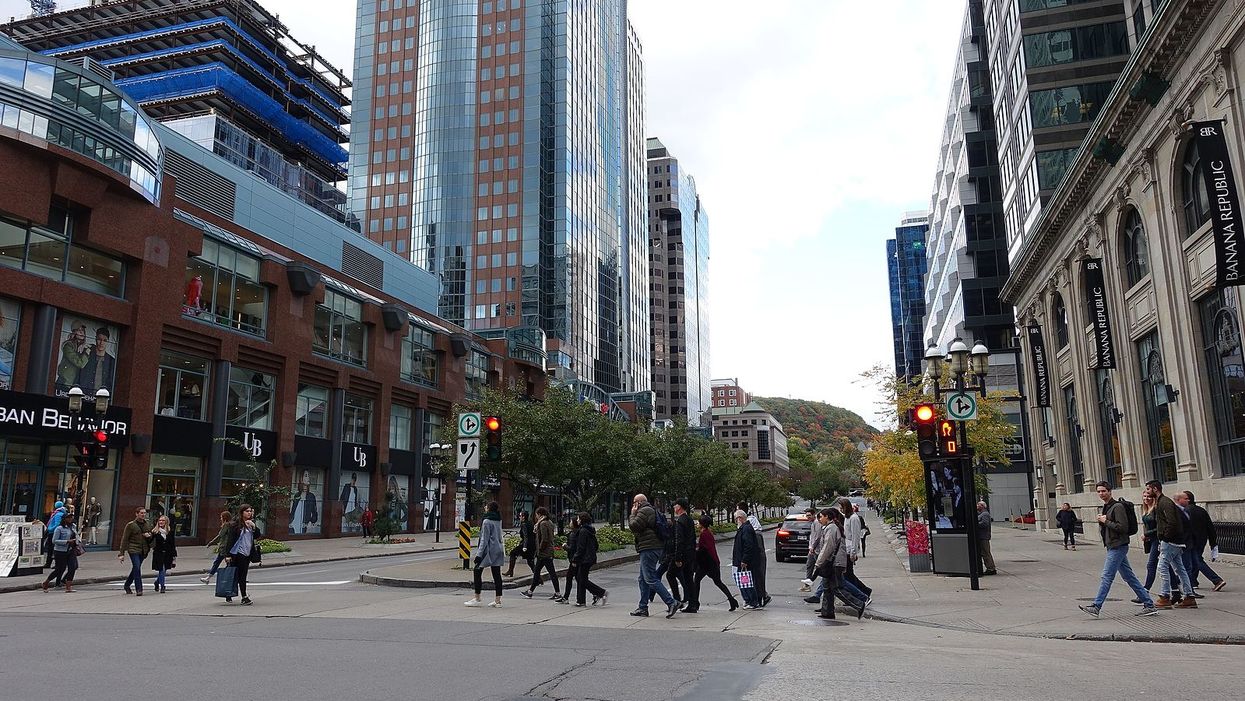 A stretch of Sainte-Catherine Street in downtown Montreal is getting a multi-million dollar makeover which will include the installation of tech-focused new features like free WiFi.

Work on the St-Catherine St. renovations will begin Monday, January 8 and is expected to cost from $95 million to $130 million, with renovations continuing for several years.

The 2.5 kilometres from Atwater to Bleury is the focus of the redevelopment.

Along with free WiFi, the redevelopment of St-Catherine will result in wider sidewalks, more seating areas, intelligent lighting, and electric vehicle charging stations.

Extensive work on the underground sewer systems beneath St-Catherine will also be a focus of the project.

From January to March, expect street closures between Mansfield and Bleury. MakingMTL has a handy map of the ongoing construction work with roadway changes highlighted, which you can see below.

Along with free WiFi and the other additions to St-Catherine St., the redevelopment project was originally going to include heated sidewalks.

That’s at least what previous mayor Denis Coderre, who originally announced the project, had envisioned. Current Mayor Valerie Plante isn’t quite so keen on heated sidewalks along St-Catherine.

Given the issues plaguing Old Montreal’s Vauquelin Square, which has its own heated sidewalk system, Plante is questioning the validity of such a system.

Plante told Le Devoir that certain choices for the project, like heated sidewalks, were made by the previous administration and that her office will need to spend more time researching to figure out if such projects are worth investing time and money into.

With or without heated sidewalks, the St-Catherine St. redevelopment project is slated to finish sometime in 2021.