You can now text literally all the time. 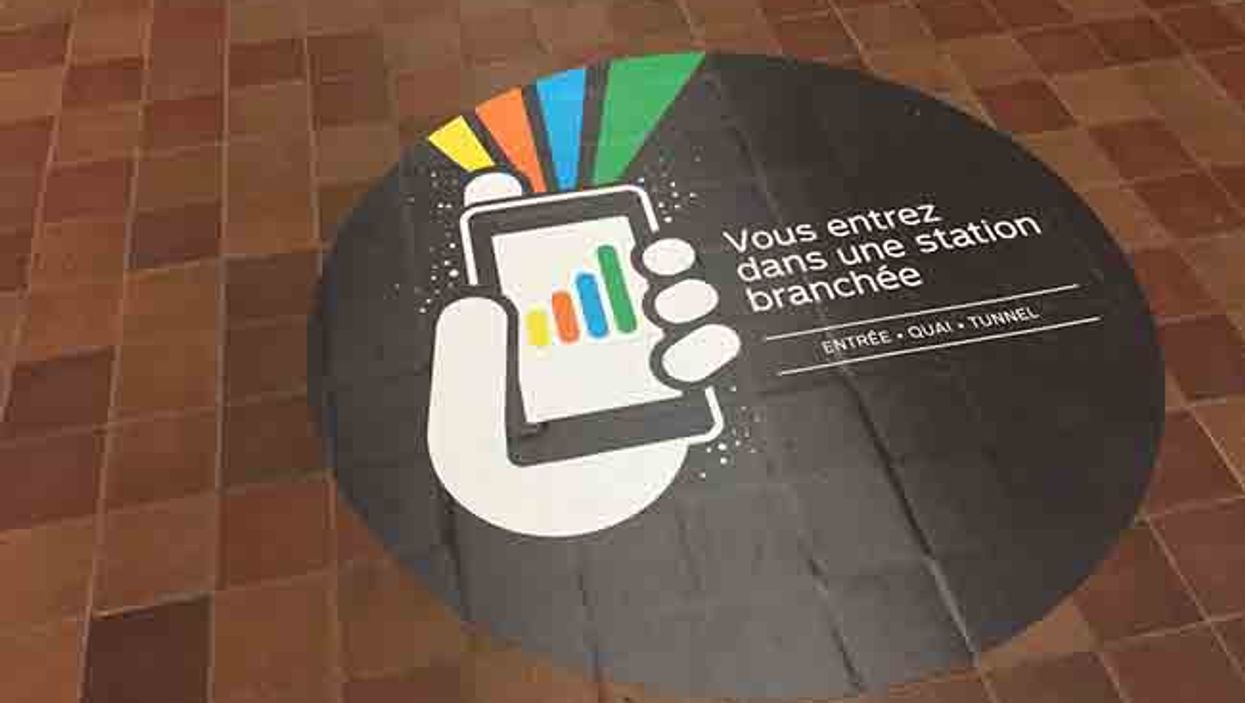 Taking the Green Line this morning, you may have noticed your Facebook stalking wasn't interrupted once you went into the metro car, and it never will be ever again. Officially launched this morning, the STM's Green Line is now fully equipped with a functioning cellphone network.

To not-so-subtly let people know about the new cell network the STM has placed large sticker-signs (pic above) on the floor of metro stations, though the multicoloured reception bars in the image, alluding to the metro's different lines, are a bit of a misrepresentation. For the time being, only the Green Line will let you text and ride the metro, and only a portion of said line.

The STM's cellphone network only extends from Guy-Concordia to St-Laurent station. Berri-UQAM is planned to be given the cellphone treatment sometime before the close of 2014, according to The Gazette. Over the course of the next two years, the STM hopes to extend the Green Line network al lthe way to Beaudry and equip the Orange Line with cell service from Namur to Mont-Royal.

The Green Line cell network may not be too much of a surprise to some of you, as a proto-network was already set up by the STM, so you may have already experienced texting-while-metro'ing. Today only marks the STM's official announcement that the cell network is up and running, which will ideally extend to the entire metro network in the next 5-7 years.

Are you looking for more? Click here for The Montreal STM Metro Map Of 2054 >