A Map Showing Where All The Minorities Live In Montreal

Multiculturalism in our metropolis.

Montreal is always heralded as a multicultural city, but just how racially diverse is Montreal, really? And what happens when you narrow the focus down from the city to the borough-level?

CBC Montreal, no doubt in connection to their series Real Talk on Race, seeks to answer that question with their interactive map of Montreal that showcases the racial makeup of each borough.

Colour-coordinated, each borough on the map is filled in with a particular hue that denotes which visible minority (Arab, Black, Chinese, South Asian, Latin American) makes up the majority of the area's population. All information was gleaned from a 2011 census.

Note, however, that only the three largest minorities are listed on each borough's mini-profile, so the map doesn't quite represent a nuanced representation of racial diversity in a given neighbourhood. 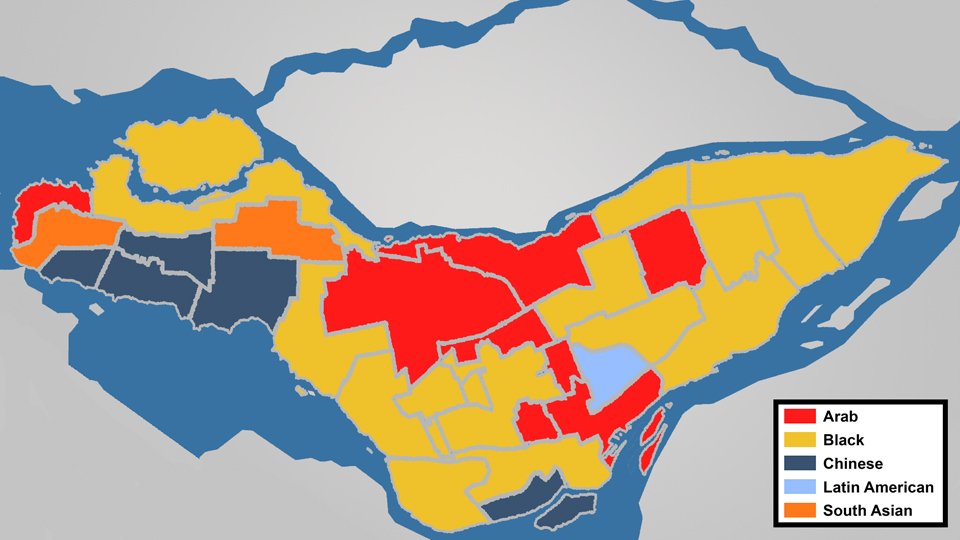