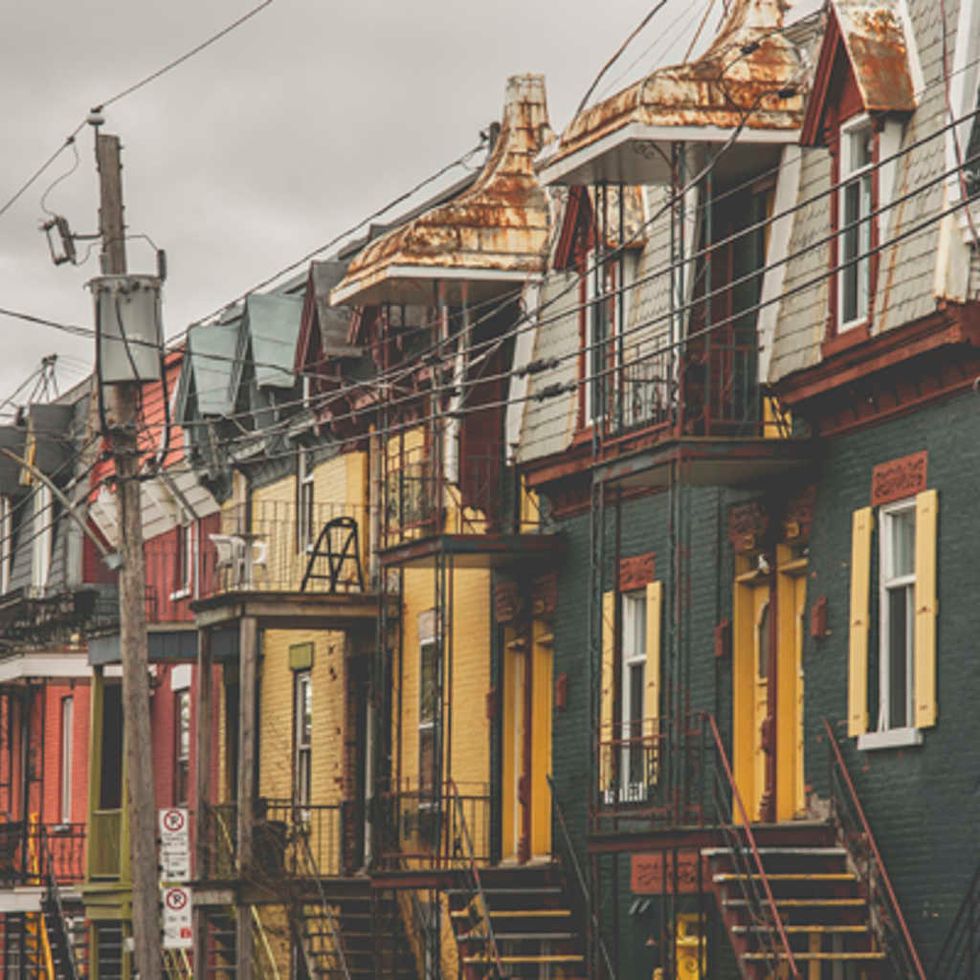 Every one of Montreal's neighborhoods have a distinct energy, a unique feeling specific to the area that is created by the people, architecture, and overall environment of the borough. Montreal's Plateau-Montreal, with its hip, young, and fun vibes, make it an extra special district.

Sure, Mile End is great, but there's something distinctly awesome about the Plateau. Colourful and vibrant, the area is filled with a refreshing energy you can't find elsewhere, and with the amount of bars, clubs, and artistic events, the Plateau is never boring. Especially in summer.

French photographer Nicolas Mithois captured the essence of the borough in his aptly named photo series "Plateau Mont-Royal." Take a look at the photo series below, and get excited for the magic that is summer time in the Plateau.

Vagabond musicians are a staple of the 'hood

Same with rainbow-coloured strips of houses

Question: is he wearing shorts, or just giving everyone a free show?

A random mattress in the street. Classic Plateau

Do these photos represent Plateau-Mont Royal?