Opinion: Drake Is The Best Thing To Ever Happen To The Toronto Raptors

No matter what, all eyes are on the 6ix. 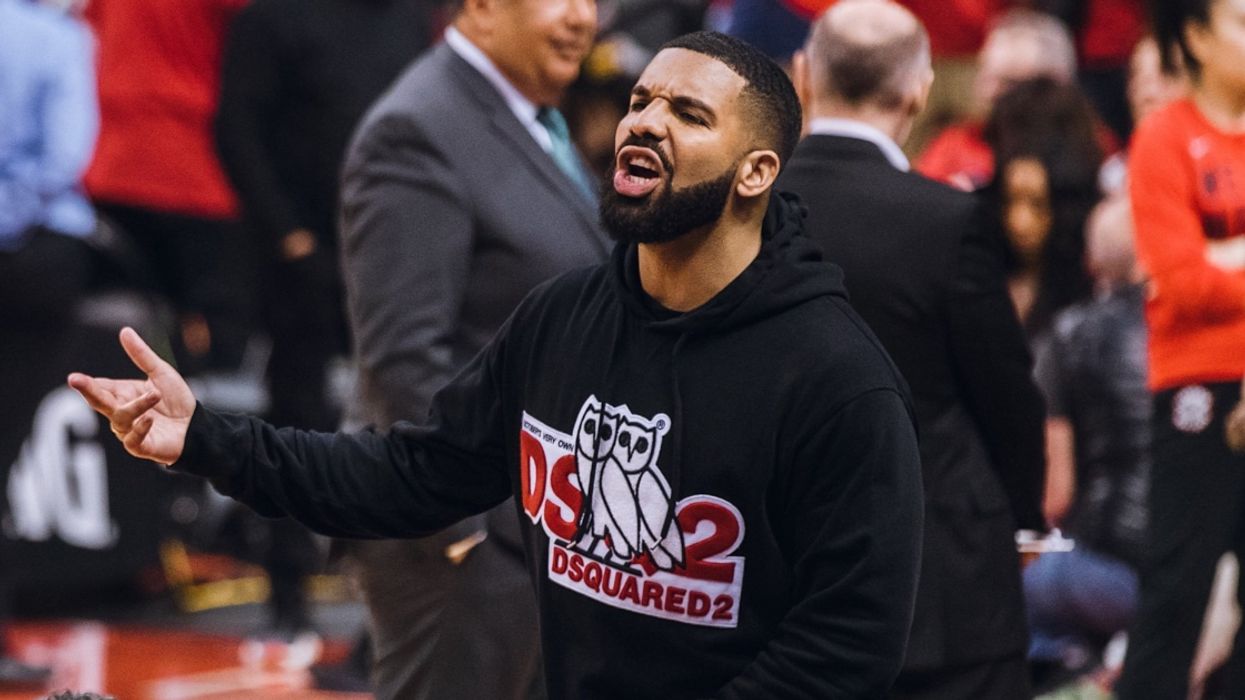 Drake's courtside antics have been well-documented over the past few days ever since the Toronto Raptors defeated the Milwaukee Bucks in six games on Saturday. Drake was spotted chirping Bucks players from his courtside seats and even went so far as to massage coach Nick Nurse's shoulders during the game.

Many basketball fans believe that Drake went too far and disregarded fan conduct, crossing the line from fan to an active participant in the game. As many fans call for the Raptors to do something about Drake's antics, the reality is - they won't.

Let's not forget that in 2013, the Toronto Raptors hired Drake as their global ambassador. At the time, the partnership was needed for Canada's only basketball team. The Raptors were coming off a highly successful season but lost in the first round of the playoffs to the Brooklyn Nets.

Now, in a big way, Drake has finally made the Toronto Raptors a relevant team.

Drake's popularity catapulted the Raptors into the mainstream basketball consciousness and in a way, put the team on the map. For 24 years, the Raptors struggled for relevance in a league dominated by American super teams and their historic legacies.

Though they had a short time in the limelight after Vince Carter's dominance captured the league's attention, the Raptors were, for a long time, overlooked by everyone in the basketball world. What with their tacky jerseys and Canadian location, it's no surprise that the team was like the NBA's ugly cousin.

Until Drake showed up.

You'll be reading a lot of articles about the so-called "Drake Curse" but here's a fact:

The Raptors have been 1st in the NBA Atlantic Division and have made the playoffs every year since Drake became their ambassador.

READ ALSO: Almost Every Single U.S. State Is Rooting For The Toronto Raptors To Win The NBA Finals

I'll admit that while Drake's courtside behaviour is sometimes distracting, the team he's cheering for is fielding one of their best and most complete rosters in history. And really, isn't that what we should all be talking about?

Kawhi Leonard's Jordan-like focus and competitiveness bring an edge that the Raptors haven't seen before. Pascal Siakum has emerged as a stud player. Kyle Lowry's leadership has solidified the young core of the team. Also, there's a lot to say about the team's player development as many on the roster have graduated from the team's minor league team.

Just watch the above video and see how the Raptors have captured Toronto's love and total support. Even more amazing is that the Stanley Cup Finals are currently on-going but no one seems to be paying attention!

Yes, Drake isn't suiting up for the Raptors, and curmudgeonly sportswriters are quick to point out that his actions "disrespect" the team. Though the Raptors don't seem to mind one bit.

Be annoyed all you want but there's no denying Drake's presence, popularity, and vocal support of the Toronto Raptors has catapulted the team into mainstream popular culture.

The Raptors are only four games away from winning the NBA Championship for the first time in their 24 year history. If they can get past a stacked and experienced Golden State Warriors team, that is.

You can expect Drake to be there cheering them on from the sidelines and with him, the energy of an entire nation that has caught Raptors fever.

Game one starts tomorrow night, May 30th at 9 PM at the Scotiabank Arena in Toronto.

To read more about how to navigate your newfound fandom for the Raptors, read Jonas Siegal and James Mirtle's amazing piece on The Athletic (paywall protected).