Opinion: Here's What The Government Of Canada Should Be Spending Money On Instead Of The Notre-Dame Cathedral In Paris

Maybe Canada should stand with Canada instead of Paris. 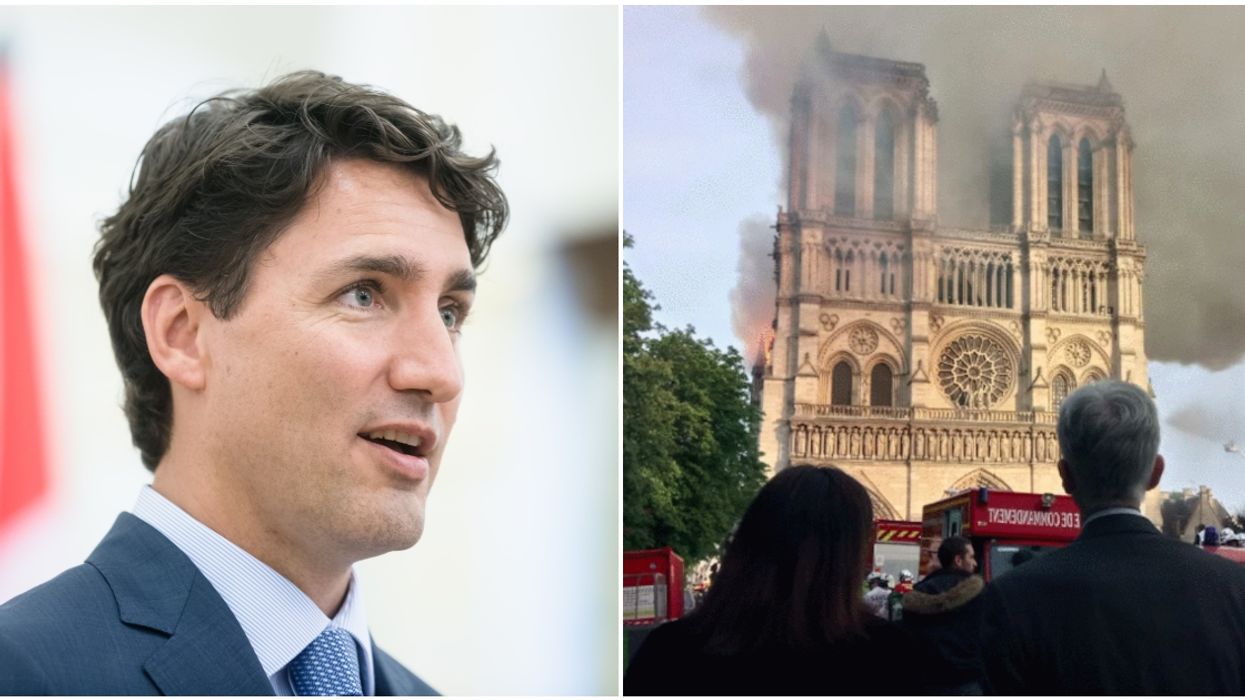 On April 15th, people around the world witnessed the burning of the Notre-Dame-de-Paris Cathedral. The world as a whole mourned the loss of a culturally iconic church and the outpouring of emotion and support was unprecedented.

Within days, over 900 million Euros were raised by just three French billionaires to rebuild Notre-Dame. Francois-Henri Pinault, Bernard Arnault, and the Bettencourt-Meyer family donated around 200 million Euros each just minutes after the church burnt, according to Global News.

So then, why did Justin Trudeau decide that Canada needed to pledge wood and steel to help with the reconstruction? Don't we have enough problems of our own?

While our Prime Minister didn't pledge an exact number of funds, he promised that "Canada will stand with France" to restore a "piece of the world's history." He then offered Canadian steel and lumber to help rebuild the structure.

The cynic in me thinks that this is just a clever marketing ploy to promote goodwill between the countries...which is classic politics. Even if that's the case, why bother?

As friends, allies, and partners, we are there for each other in times of need – and that includes rebuilding the N… https://t.co/6GHygYOmnG
— Justin Trudeau (@Justin Trudeau)1557936863.0

Trudeau and French president Emmanuel Macron have a widely reported bromance so the gesture seems redundant especially after a whole month since the blaze.

READ ALSO: All The Things That Are About To Be More Expensive In Canada Because Of Trump's New Tariffs

The first thing that comes to mind is the basic human right to clean drinking water. 58 First Nations communities across Canada are under boil water advisories. Not to mention a lack of adequate housing and health care.

There's absolutely no excuse for this, especially in Canada.

Okay, so Trudeau can choose to ignore the crisis of the First Nations because that's just how Canada works. But how about our growing homelessness problem? Opioid crisis? Increasing wage disparity?

Hello, Parliament of Canada, is anyone home?

Less socially dire but still valid is how Canada's heritage sites such as national parks and museums are completely lacking in funding to survive.

Maybe like those billionaires, Trudeau thinks that he'll get a juicy tax return at the end of the year or maybe even some kind of backdoor kickbacks to pad his wallet.

I didn't mention this but have you seen Canadian infrastructure recently? Quebec's roads look worse than Saravejo in the early 90s.

When @JustinTrudeau announces a contribution to the rebuilding of Notre dame hasn’t announced anything about repair… https://t.co/aA6ub3l1Dw
— Léah (@Léah)1557931310.0

Some people might support the Prime Minister's decision to pledge wood and steel to France but look around you before you blindly support something.

Let's all hope that the fire insurance pays off and no one has to pay to rebuild a church. Hey, Vatican City, where are you in all this, by the way?

Read more about Trudeau's pledge to the reconstruction effort here.