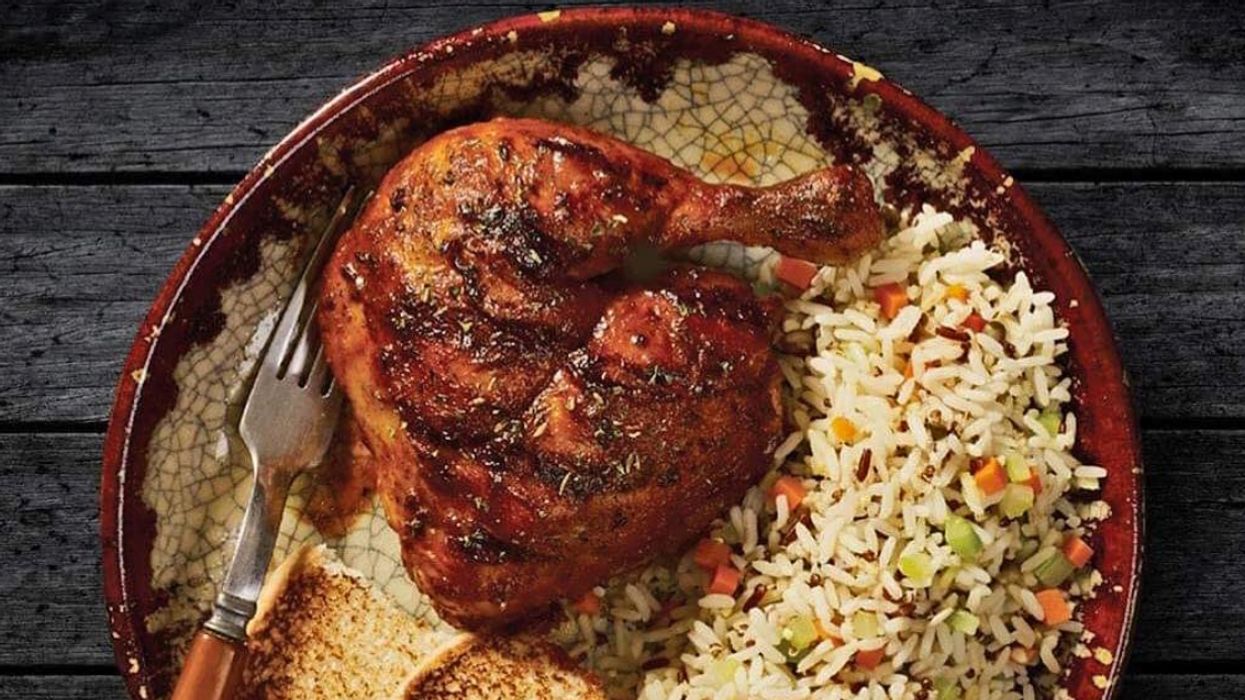 Yup, you read that right. St-Hubert, Quebec's favourite rotisserie chicken destination, now serves what they insist is "Indian" chicken. Someone in St-Hubert's test kitchen has apparently raided the spice rack.

If this sounds dubious to you, stick around because we actually tried this here at MTL Blog. Suffice it to say, eating St-Hubert's "Indian" chicken has left us with more questions than answers. Just to be clear, I enjoy St-Hubert as much as the next guy, but man did they ever strike out with this one.

TL;DR  I review St-Hubert's new "Indian" chicken which has left me confused and frustrated. Why has St-Hubert done this? What did India ever do to Quebec's top chicken restaurant to deserve such treatment? Keep reading for a deep dive into an issue that you should truly care about!

On their official website, St-Hubert claims that they're "always striving to innovate and offer you new internationally inspired flavours". This shows great initiative for a restaurant that is mostly known for poutine and poulet. Considering that this is fine dining in some parts of the province, St-Hubert's new "Indian" chicken can definitely be a good intro for people who are sceptical of Indian food.

I was sceptical before I tried Indian food for the first time. The mix of spices and vivid colours of classic Indian cuisine are definitely intimidating at the onset. For someone who was used to eating "white people" food, eating Indian for the first time was a revelation.

Despite my intimidation, I went to the most authentic place I could find. It was obviously amazing. St-Hubert shouldn't be on anyone's list for Indian food, though. In fact, it's kind of insulting to call this new creation "Indian" chicken.

Let me know if you can spot a difference between this and their original recipe chicken. I'll wait.

It looks worse in real life, trust me.

In the name of investigative journalism, I ordered some "Indian" chicken from St-Hubert. Walter Cronkite, eat your heart out! Know that we risk our lives for you, Montreal.

Promotional Instagram photo be dammed, mine didn't look a thing like this. To be fair, it was delivered to my place in those little St-Hubert boxes. Just FYI, the bread was probably the best part. It's not even naan though, so it's a bloody waste of wheat.

According to St-Hubert, the "secret is in the sauce". It must be quite the secret because my order didn't even have the sauce.

Also, does anyone know what the hell an "Indian Sauce" actually is? What exactly is it made of...? Just the general essence of India?

Also, how the hell does St-Hubert expect that a rotisserie will taste the same as a tandoor? They are two completely different flavours! C'mon St-Hubert, you can do better than this.

For the love of all that is chicken, please don't eat this. If you insist on trying it for yourself, St-Hubert's "Indian chicken" is available for a limited time (thank heavens).

We still love you St-Hubert, but you seriously dropped the ball on this one.