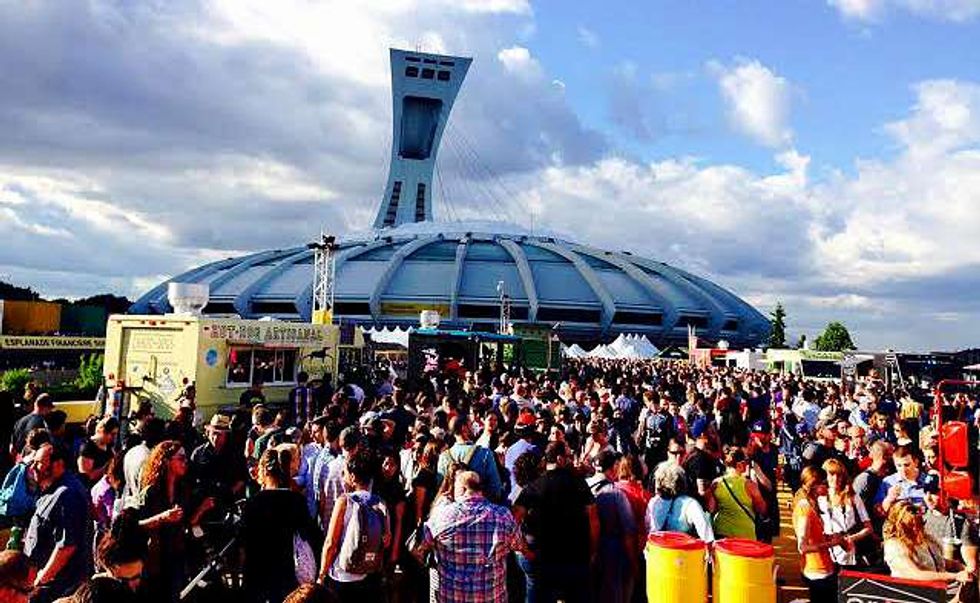 It's been a long month since the last First Friday was here, but fear not Montreal, for everyone's favourite food truck fest is back again this week, bringing you the best of the best in food truck fare. On July 3rd at the Esplanade Financière Sun Life at the Olympic Stadium you'll be able to taste the creations from over 30 different Montreal food trucks. It's the perfect opportunity to get your Top Chef level judging on and decide which Montreal truck truly is the best.

There's also going to be a separate drinking area called Buvette des vins d’Alsace et du Beaujolais where you can have a drink, chill out, and maybe even slip into a temporary food coma in-between gorging yourself on all of this insanely delicious food.

So stretch your stomachs, because here's a list of some of the trucks that will be at the park this Friday:

For more info, check out the First Fridays official website.