And the Liberals fell right in. 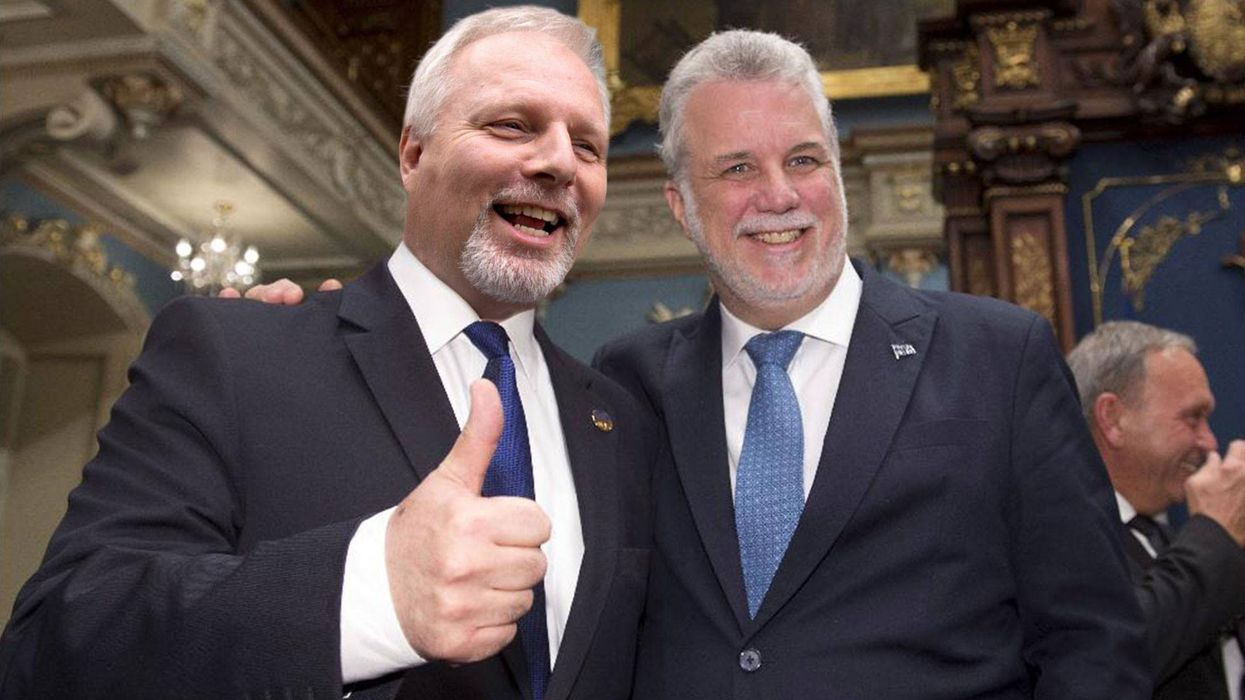 Jean-François Lisée, leader of the Parti Quebecois, the political party who started the “Bonjour-Hi” debacle that took over the province, revealed the party’s true intentions behind the bill to denounce the iconic bilingual greeting.

Apparently the whole thing was a gigantic ploy to discredit the Liberal Party.

“I set the oldest trap in the book,” said Lisée yesterday during Question Period at the National Assembly of Québec, reports Global News.

Written and proposed by the PQ, the “Bonjour-Hi” motion, which would prompt businesses to drop the “Hi” when greeting customers, was all just bait for the Liberal party.

And the Liberals took the bait, hook, line, and sinker.

“Publicly, he couldn’t say he didn’t want it” said Lisée, talking about the magnificent trap he set for Philippe Couillard, Quebec’s Premiere and leader of the Liberal party.

“He had to vote for it, even though he didn’t like it.”

“What we’re doing here is show to everyone the hypocrisy of the Liberal government on linguistic issues,” Lisée continued. “When they pretend to further French, it’s a façade.”

Right after Lisée took to the podium, stirring the pot once again on the “Bonjour-Hi” debate, Couillard took the stage.

The premiere, however, was ready.

“To our English-speaking fellow Quebecers,” said Couillard, actually speaking in English, which is something of a rarity. “There are no different classes of Quebecers here, only one, first class. And English-speaking Quebecers are first-class Quebecers like all of us.”

“The English language is not a foreign language in Quebec,” said Couillard.

The damage control was pretty necessary, since Anglophones are seriously miffed at how the Liberals have been handling the situation.

The Quebec Community Groups Network, which acts on behalf of 50 different English-speaking community groups in the province, wrote a letter criticizing Couillard and the Liberal party for ever agreeing to the “Bonjour-Hi” motion.