Plante Has First Official Meeting With Trudeau, Here's What Happened 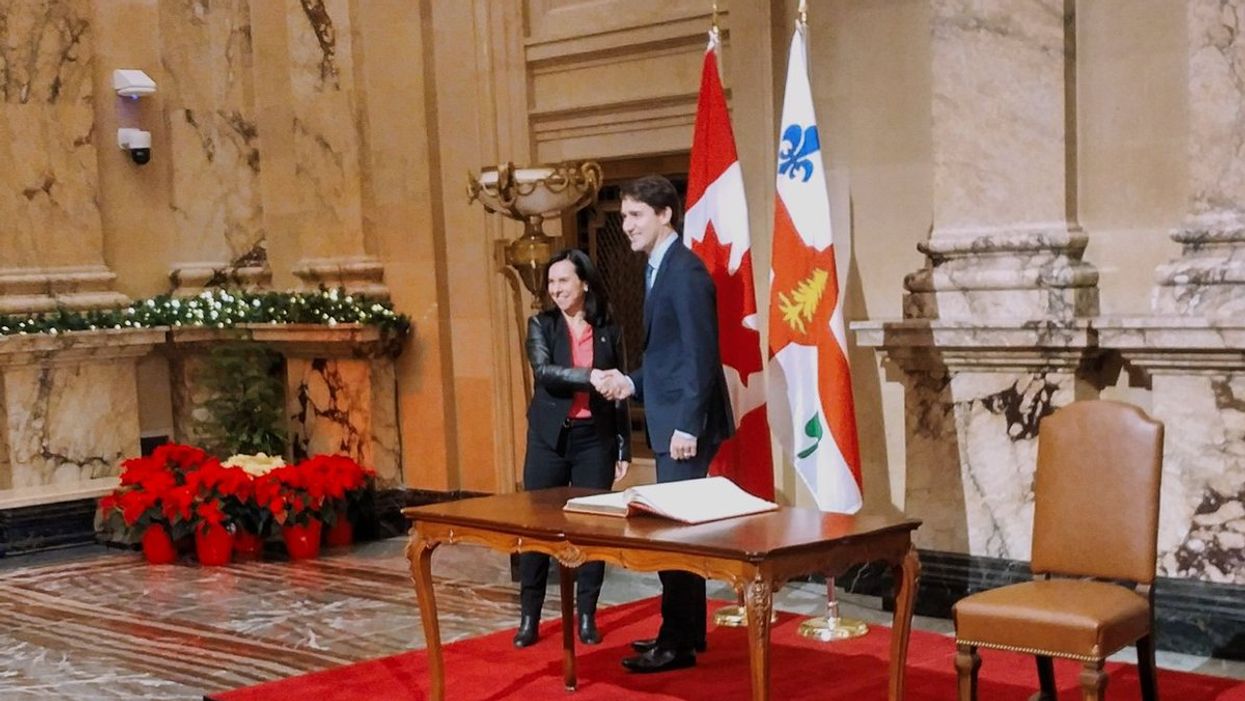 The talks between the two began at 10:15 am, after the Prime Minister signed the city's guest book.

READ ALSO: Formula E Organizers Are Planning To Sue The City Of Montreal

Among the things they discussed were housing, transit, and cannabis regulation.

Trudeau reiterated his commitment to ensuring that the manner in which the Federal government regulated cannabis would not be a burden to cities.

On her part, Plante said that she wanted to ensure that the impact of legalizing the drug was analyzed.

Following a half-hour meeting behind closed doors, the two emerged with a to-do list.

Trudeau said that he appreciated her emphasis on public transit, adding that a good transport infrastructure was important for social and economic development.

Trudeau said that as a Montrealer, he wanted to Plante to succeed.

In the meantime, Plante intends to lobby Quebec City for powers similar to those obtained by Toronto and Vancouver to battle the effect of foreign buyers on housing prices.