Proof That Montreal's STM Doesn't Give A Crap About You

Something is seriously wrong. 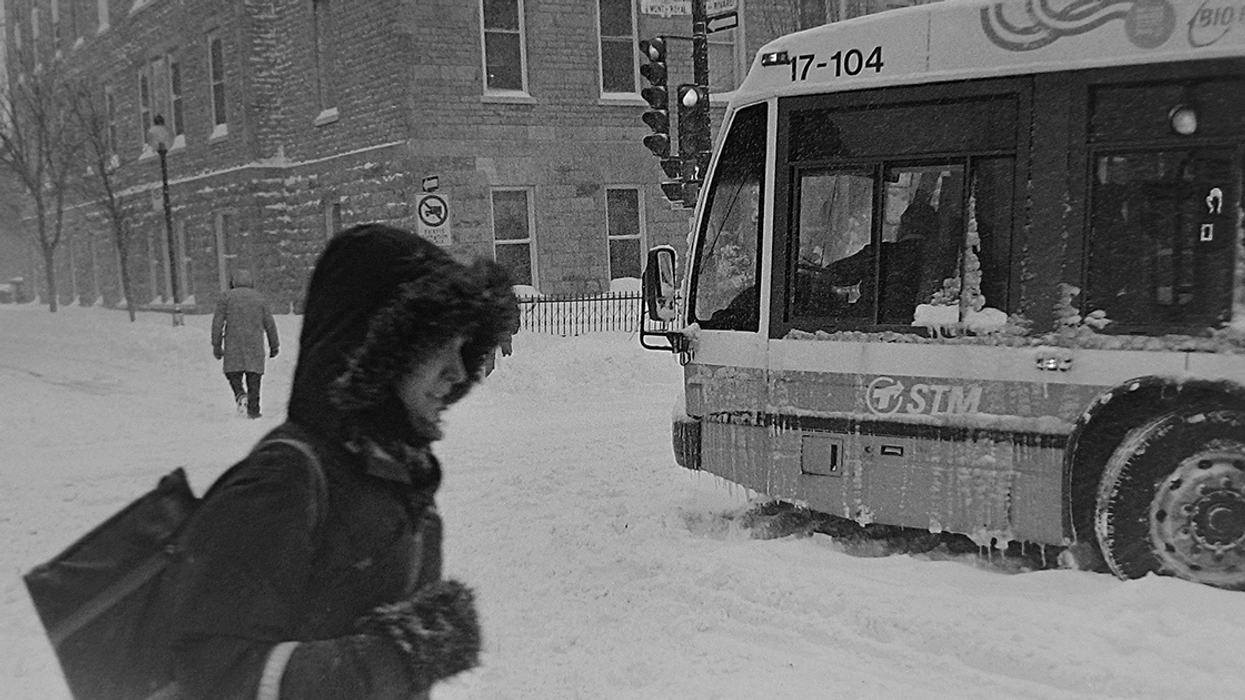 There's no better way to see just how little the STM cares about their clientele than by observing the way they act during or after a snowstorm.

You would think that shelling out $83 every month would entitle you to some decent service, but sadly you'd be very wrong.

READ ALSO: The STM Lied To Us, Montreal Buses Are Not Prepared For Winter

Most of the time it seems that the STM doesn't give a crap about you, or me, or anyone else for that matter.

Allow me to rant for a moment.

Yesterday I left my office at around 3:30pm. I headed over to grab the Express Bus at the corner of Rene Levesque. Normally there is a stop at that corner, but because of construction the stop was moved a few feet further.

So I waited for 15 minutes outside, even though the new "real time app" said the wait would be much shorter. But when the bus finally arrived, it drove right passed me without stopping, even though I was waving my arms like madman.

I guess some bus stops are just there as a decoration.

Still, I wasn't too angry at that point. Shit happens, it's not the end of the world. And when I saw how slowly the bus was making its way down the street I was almost glad I didn't get on it.

I decided to walk all the way up to Sherbrooke where there was much less traffic and where the #24 bus passes every 5 to 10 minutes.

I could see the bus stop in the distance the whole time I was walking, and didn't see any buses passing by. By the time I reached Rene Levesque, I figured the bus would be there momentarily. I was wrong.

I waited for 5 minutes and saw a bus pass on the other side of the street. 5 minutes later another one came, yet still none had passed on my side.

Finally after a 3rd bus had passed on the other side, I could see one in the distance headed my way. But sadly it was "In Transit" and didn't stop.

I still kept my cool and assumed the bus would arrive any moment. It was already 20 mins late after all.

Another bus was making its way towards me and I could already see it was also "In Transit". Now I was starting to get angry.

By then 5 buses had passed on the other side of the street, and still nothing on my side. When the "Transit Bus" passed by me I could see 3 more behind it.

I was finally saved! Or so I thought.

They were all "In Transit" as well. Me and the other people waiting at the stop looked at each other in disbelief. One guy standing next to me even yelled out "what the fuck?!"

Did the STM just decide the 24 bus isn't running today?

It can't be, it was the coldest day of the season so far. So we waved at every bus hoping that one of them had simply forgotten to turn off the "In Transit" sign but all 3 of them zipped right by us.

The driver of the last bus looked right at us with a big slappable smile on his face and kept going on his merry way.

That would have all been acceptable. Infuriating sure, but somewhat acceptable.

But when the last bus got to the next stop 2 blocks away suddenly the "In Transit" sign was gone and the bus read #24.

We stood there freezing, we could see it picking up passengers, but it was too late to try to run.

I had enough. I started walking towards my home, even thought the walk was several dozen blocks. Every time I got to the corner of a street, I turned around to see if a bus was coming. And every time I turned I saw nothing and kept walking.

Finally when I was 2 streets away from my place, I turned and saw the #24.

By then it was nearly 5:00 pm. And no bus had made its way down Sherbrooke in almost an hour. But there was no point in getting on, so I kept walking.

So just to recap

At the STM: Some bus stops are decorative, drivers don't seem to know what bus they're driving, the Real Time App lies, schedules don't matter, and worst of all, there's nothing we can do about it.