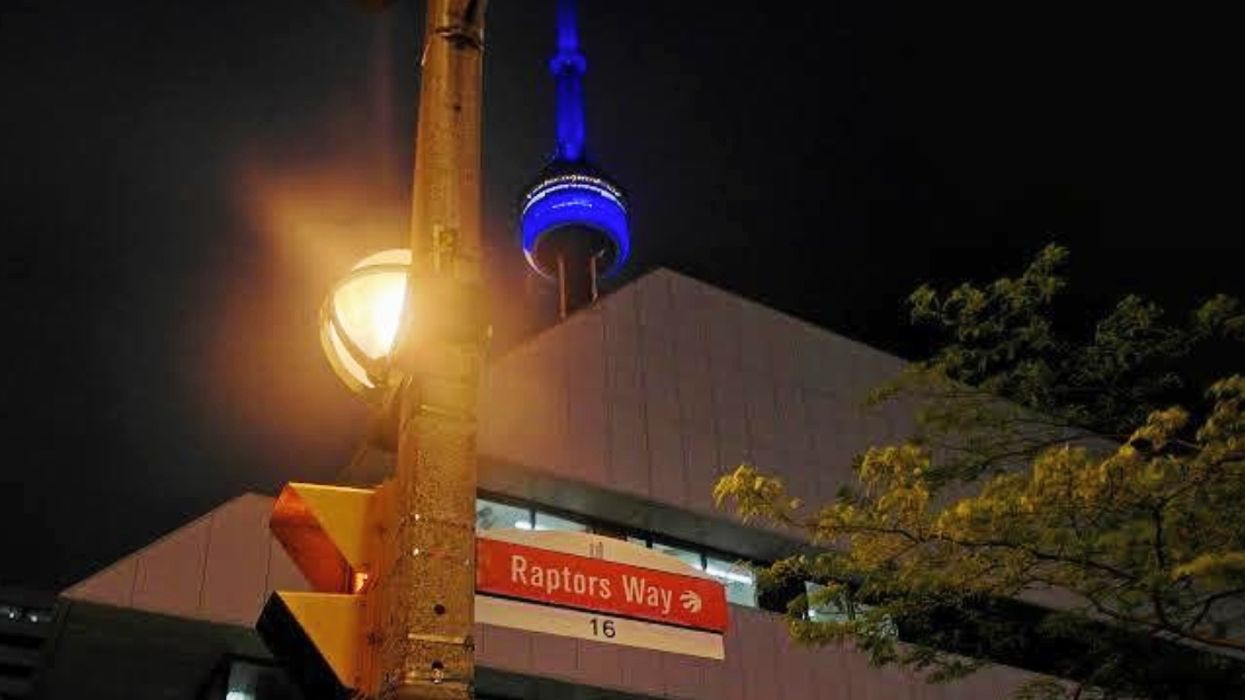 If someone in Canada were to come out of a coma today after any extended period of time they would likely be very confused and surprised at the level of excitement Canada currently has over a basketball team right now.

But with a Cinderella-story Championship arc, the Raptors have managed to capture the imagination of the country -- so much so that they've actually managed to become more popular than the Montreal Canadiens are in Quebec right now.

And in a similar move, someone has covered the street signs in Toronto marking Blue Jays Way to show that Raptor fever runs deep and won't be distracted by some silly baseball.

Take a look at the perfectly designed street signs below!

The photos were shared with MTL Blog by the brilliant minds behind the redesign: Allegra Wiesenfeld and Reid Plaxton.

The pair of friends decided to give the sign a little sprucing up in the midst of the NBA Finals, in the hopes that it would give the Raptors that last little boost they need to bring it home.

In an effort to give the Raps the last minute support they need, the two superfans decided to temporarily rename the famous Blue Jays Way.

Blue Jays Way was renamed after the Jays claimed their iconic MLB win in 1992, and their win in 1993 marked the last year that a Canadian team took home a Championship title.

The Habs also took home the Stanley Cup in 1993, and again that year was the last year that a major-league Canadian team took home a Championship title, in basketball, baseball or hockey.

This means that the Raptors are poised to break a 26-year old record... or curse. Depends on how you look at it, I guess.

So while we wait with bated breath to find out if the Raps are taking home the title, we can be grateful for superfans like Allegra and Reid for taking these steps to raise morale in the city, even while it's on the gloomy side.

Also, kudos to the city for playing along and not removing the tape-and-paper redesigns...

If they win, though... who gets to keep the street?