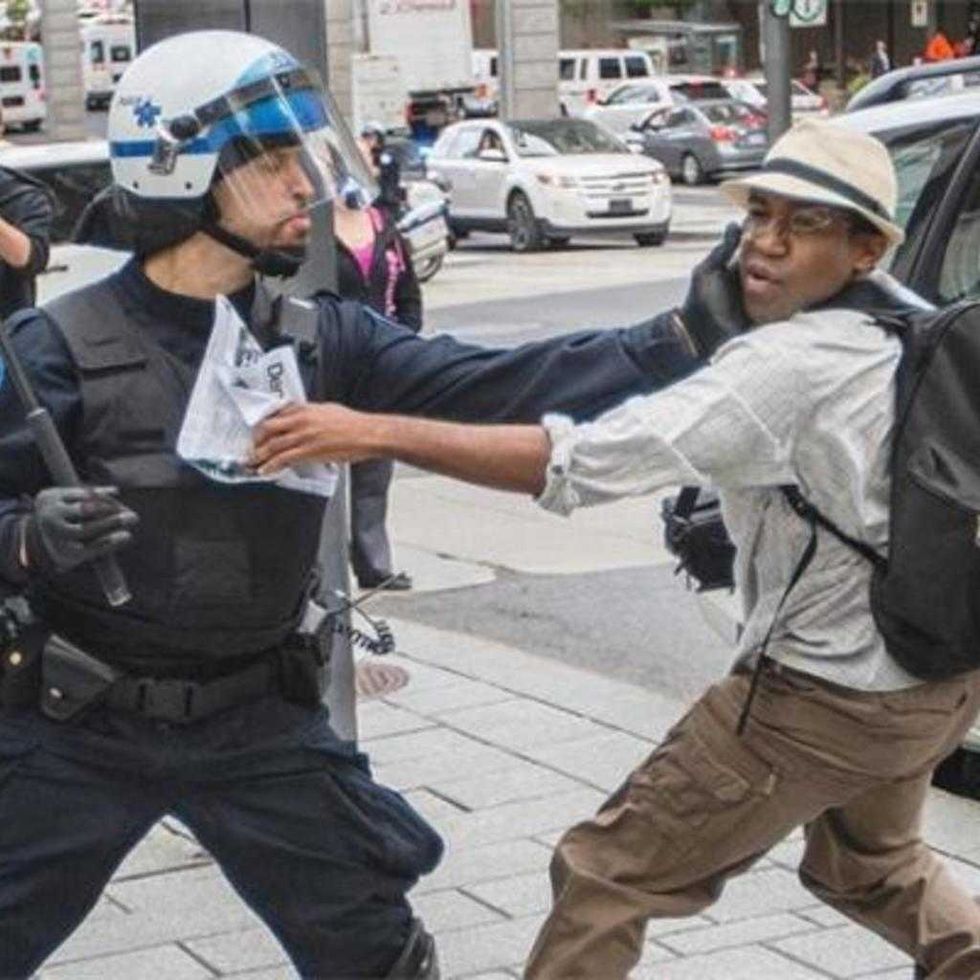 Montreal's riot police were on the streets again yesterday, Thursday Oct. 10th, to squash a demonstration against the planned Enbridge pipeline extension. Protesters had barely gathered outside the National Energy Board hearings to protest the proposed pipeline, an environmental hazard for ecosystems and communities from Montreal to Alberta, when riot police appeared and wasted no time in using force to silence the outspoken public. A peaceful protest quickly became yet another example of police brutality for Montreal's police force.

See the action for yourself in the photos below, as Montreal's police are photographed arresting and corralling citizens against their will. One guy even gets bitch slapped by an officer. Photo cred goes to Paul Chiasson, Dario Ayala, and Ryan Remiorz, all of who were live on the scene.