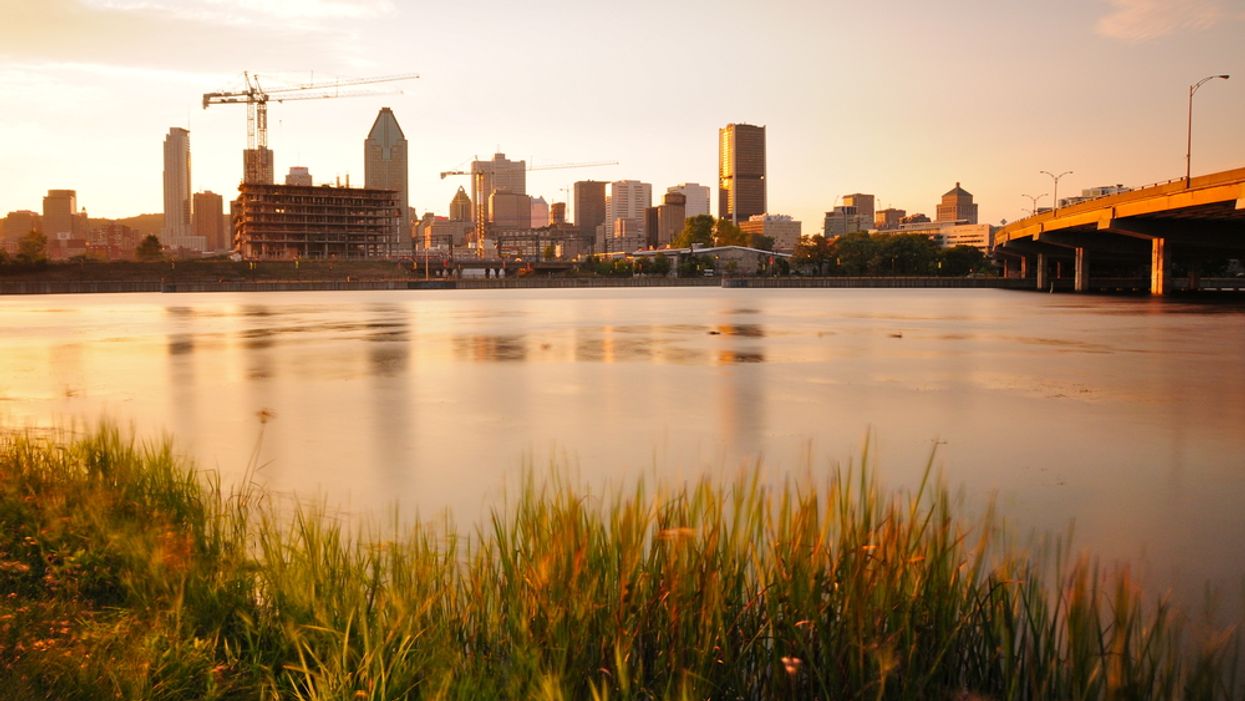 In our opinion, there are an innumerable amount of reasons almost anyone should move to Montreal. That's not really much of an argument though, so we decided to narrow down the many amazing features of why someone should choose to live in Montreal to a list of twenty.

No doubt one of these feature will appeal to your inner urbanite and have your heart call out to Montreal, because this is truly the best city in the world. Not that we're biased or anything.

Compared to most other North American cities, Montreal rent prices are dirt cheap. And it's not like you'll be living in a dingy apartment if you want to pay low monthly rents, you can get a seriously nice living space for well under $1000 per month. Pair up with some roommates and you're looking at anywhere from $300-$700/month depending on the area. The incredibly affordable rent rates found in Montreal contribute to a generally low cost of living in this city, so you're effectively paying less in the best place to live.

In Canada, having the convenience of being able to buy beer and wine at a corner store ("depanneur" à Montreal) isn't found in many provinces. That isn't the case in Quebec/Montreal, where buying a bottle is as easy as walking half a block. It may not sound like much, but it's an advantage you sorely miss when you don't have it (looking at you, Toronto).

You Can Legally Drink In The Park

Otherwise known as the "Picnic Law," in Montreal you're completely allowed to drink in public parks. The only catch is you have to have some form of picnic/meal with you while you imbibe, though that rule is rarely enforced. If you aren't impressed by this feature of the city, you obviously haven't enjoyed a stress-free day chilling in the park with a beer in hand, never having to fear you may get a ticket.

Need proof? Check out this post that covers the +100 festivals to be enjoyed in Montreal throughout the calendar year. No matter the season, there is an amazing event to check out.

If you're a student or senior, the monthly cost for an unlimited-use pass on Montreal's public transit network (the STM) is only $40ish. That price goes up a fair bit if you aren't privy to the discounted rate (jumping to $82), but it's still in the realm of affordability. And you know what makes it all worth it? Montreal's public transit network can actually get you where you need to go. Yes, there are some issues with the bus system, but the metro is almost always on-point, making commuting a breeze.

As Canada's capital for university students (there are 6 universities and 12 colleges in the city), the city has no shortage of young, driven people. If you're in the student age-range, this is a serious benefit, but even if you're not, you enjoy the benefit of having plenty of young folks keeping the city alive with energy.

Great things come in small packages, and Montreal is the embodiment of that fact. Despite its relatively small size (at least compared to other cities), Montreal still manages to be entirely cosmopolitan and modern, meaning you get all the benefits of a major metropolis without the gigantic size. With that, you can cover a fair amount of ground here on your own two legs.

But if you really want to speed around Montreal, then biking is the best method, and the city is tailored to help you do so. Bike lanes can be found along many of Montreal's streets and the overall biking culture here is quite strong. You could also just use the Bixi bike-sharing service if you don't have a cycle of your own.

The Most Amazing Food

As Montreal boasts the most restaurants per capita than any other North American city (excluding NYC), it's easy to see how strong the city's culinary culture is. You can literally find any type of cuisine here, all of which is prepared by some of the most skilled and creative chiefs in the nation. Montrealers love to eat, and it's hard not to when there's so much good food around.

Alluded to above, the cultural makeup of Montreal can only be described as diverse. Immigrants from nations around the world have come to Montreal over the years and called the city home, creating a level of diversity unseen in many other places. While some may say the cultural demographics of the city are a bit segregated, no one can deny that Montreal is multicultural.

You Can Learn Another Language

Of course, you don't need to speak French to live in Montreal, but it does help. And why not learn? You're literally immersed in a city where speaking French is the norm, allowing you to easily pick up the language so long as you put in some effort. And given the fact that French is one of the most widely spoken languages in the world, it's a serious asset.

The Montreal Outlook On Life

Some compare Toronto and Montreal like this: Torontonians live to work, and Montrealers work to live. Personally, I think that sums of Montreal's unique joie de vivre outlook, as Montrealers prioritize a happy life rather than one dominated by one's profession. Simply put, Montrealers love to have fun, which creates a city-wide ambiance that is both inviting and infectious.

Name a day of the week, and there will be something to do at night in Montreal. Bars, clubs, and venues are abound in Montreal, with events of every sort held throughout the year. No matter if you're into clubbing, enjoying a pint at a club, raves, gallery openings, or anything else under the nightlife sun, you'll find it in Montreal.

It's A Smoker's Paradise

Some may not find this to be a particular boon, but Montreal has a seriously strong smoking culture. And that refers to both cigarette smoking and the other stuff Canadians are known to smoke. Needless to say, you'll never be left alone when you go have a smoke anywhere in Montreal.

A short walk through one of Montreal's many boroughs can easily be made into a architectural sight-seeing tour. From churches to outdoor staircases to cobblestone streets, there are architectural features found in Montreal that can't be found in many other places. Heck, Montreal is beautiful for all of the murals and street art alone.

This City Is Really Safe

Montreal may have had a history with organized crime, but all in all, the city is quite safe. In fact, Montreal has only had one homicide since 2016 began, which is honestly telling of the city's safety score.

Montrealers are often stereotyped as the prettiest populace in Canada, and that claim isn't wrong. Seriously, many say there must be something in the water here, because Montrealers are beautiful. Personally, I think it's a combination of the fact that the city is built on a hill (so you get a leg workout everywhere) and how people stick to their own unique style rather than fashion-conform, but regardless, Montreal boasts plenty of eye candy.

Tons Of Green Spaces To Balance Out The Urban

Aside from picnic-drinking, Montreal's many parks, trails, and green spaces are also just a way to destress from the hustle and bustle of the city. Mount Royal is perhaps the best example of this fact, as a walk up the mountain is both enjoyable and therapeutic, no matter what time of year.

A Rich History To Discover

Montreal is old, like over 300-years-old, old. And given the city's three-centuries-and-over lifespan, you can imagine quite how rich Montreal's history is. Yours to discover, Montreal is a story unto itself, and you can take it all in at the city's many national historic sites and museums.

Every city is fun in the summer, that's when it's easy. Of course, Montreal summers are a magical experience none can miss, but it's how the city handles winter that truly sets it apart. Unlike other places that cower in fear of the cold weather, Montreal embraces winter and hosts some of the year's best events during the season. Igloofest, Nuit Blanche, and Fête des Neiges are among Montreal's annual winter festivals, with more fun to be had at the skating spots, ski slopes, and hockey rinks found within and beyond the city's borders. Sure, it may get freezing, but no one can say Montreal doesn't strive to make winter enjoyable.

'Nuff said. Actually though, you don't know the magic that is poutine until you've had one at 3am in Montreal.