"Scorpion Spiders" Are Popping Up In Homes Across Canada 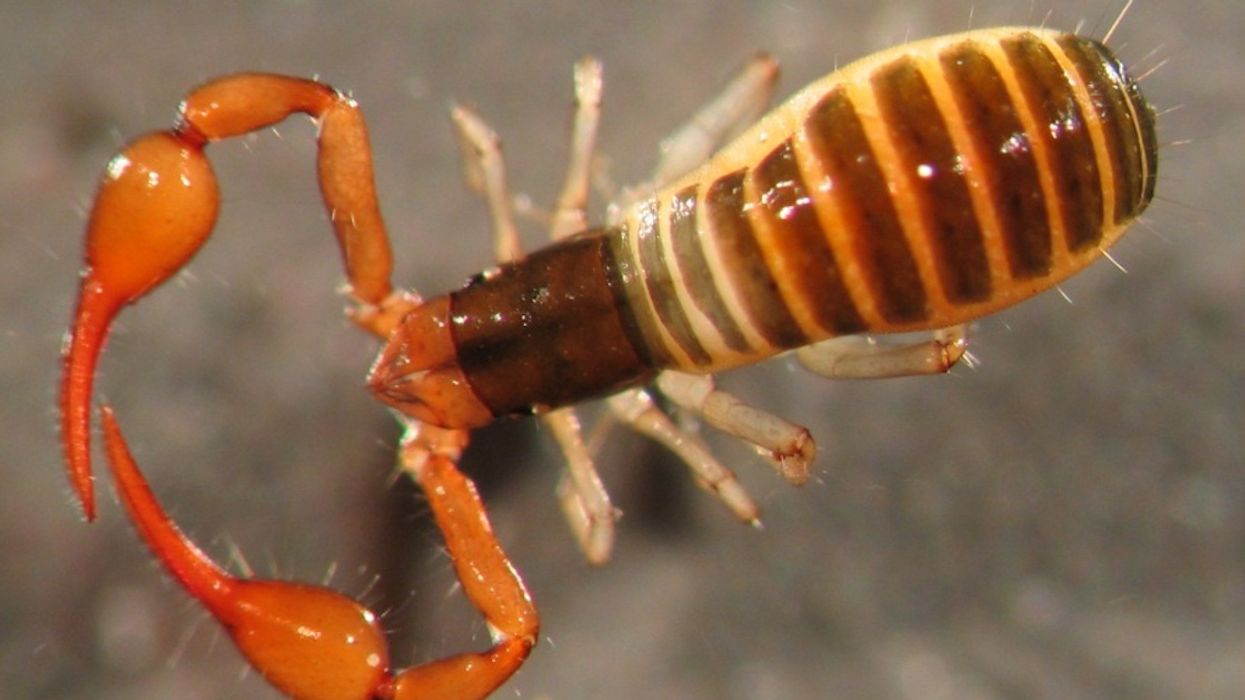 A photo posted to Facebook has gone viral for showing a ubiquitous yet relatively unknown creature. The terrifying arachnid, dubbed the "Scorpion Spider," is the kind of thing you'd only expect to see in horror movies... or Australia.

But Okanagan, British Columbia resident Jaci Glazier shared the photo to the Vernon Area Facebook Forum after discovering the creature in her home, right here in Canada. The photo quickly gathered a lot of attention.

Unfortunately, the nasty little things are not only found in BC. Scorpion Spiders can be found all over Canada (except for the Territories).

What Are Scorpion Spiders?

The Scorpion Spider, also known as a pseudoscorpion, are not actually scorpions.

The Canadian Encyclopedia states that these 1/4 inch-long creatures belong to the class of arachnids: that is to say that they are spiders. I suppose that's a slight relief, as is the fact that they won't use their terrifying pincers to harm humans.

In fact, the creatures are harmless to humans, but that doesn't make them cute and innocuous. Their claws, used to capture small insects and mites, have openings to poison glands.

Where Are They Found?

The Canadian Encyclopedia states that they are found all across Canada. They like dark, humid habitats, which means that they will probably (definitely) be sneaking up on you when you take a shower. They're also found in old books, basements, and laundry rooms.

READ ALSO: The Government Of Canada Will Be Sending Emergency Alerts To Your Phone Next Week

What Can I Do To Get Rid Of Them In My Home?

Normally, these little dudes only enter homes if they're chasing prey. So do what you can to get rid of the booklice, mites, and flies that might be in your house, and make sure your rooms have proper ventilation.

Or, do what Jaci Glazier did and just vacuum them up!