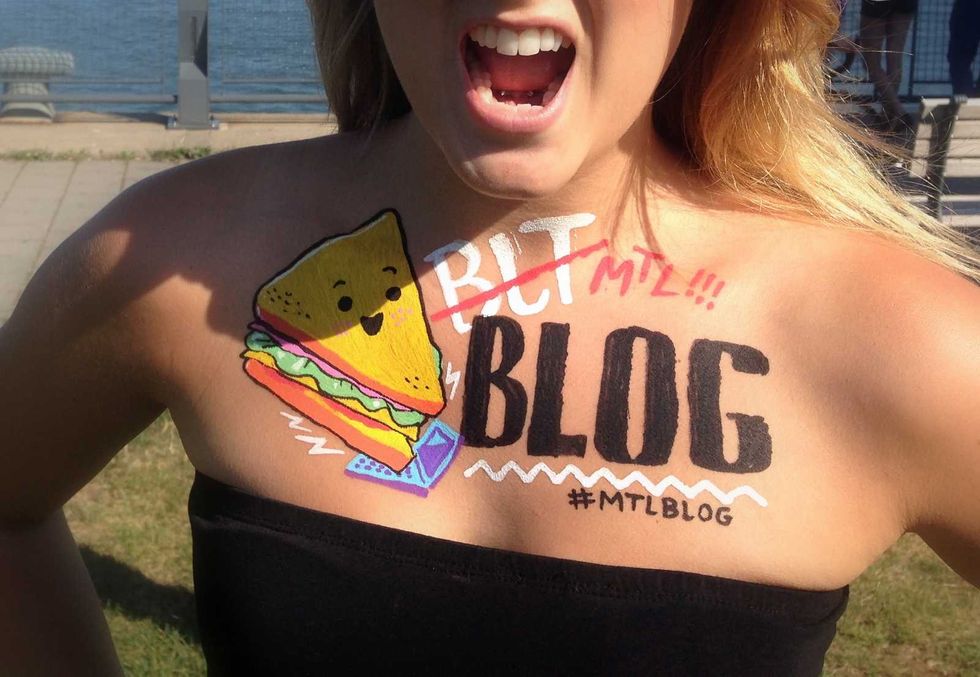 How better to spend a sunny day than having a custom MTLblog doodle drawn up live in the Old Port! SkinJackin is a live painting organization that will draw all over partygoers at events! It's like going to a museum, only instead of falling asleep YOU are the art!

Osheaga attendees may remember these guys drawing all over people this past August. Created in 2009, the Skinjackin agenda is a simple one: You have a party, they show up and have free reign to draw whatever they desire. Their artists draw anonymously, and so whatever they see fit to draw, no matter how twisted or hilarious, nothing is off limits. And that sense of not knowing what you'll have on you for the rest of the night is what makes SkinJackin edgy.

One night, our artist of the day Captain Cookie Kalkair, had the idea to start drawing on people at a party he was VJing at. And now a few years later, SkinJackin has 80 artists doodling body art out of Montreal, Paris, and Bordeaux, and will have crews in San Fransisco and Barcelona shortly. Now their international headquarters is currently based out of Montreal, said the Captain. It's because Montreal because our city's flourishing nightlife and constant events is more than any other city in the world that SkinJackin works out of, admitted Kalkair.

The art lasts as long as you don't wash it off and looks great! All they need is a location, some space to draw and enough light to work. Check out their site and book em for your next big event! Though they will run you a pretty penny, it'll make for one hell of a good time that your guests will definitely remember!