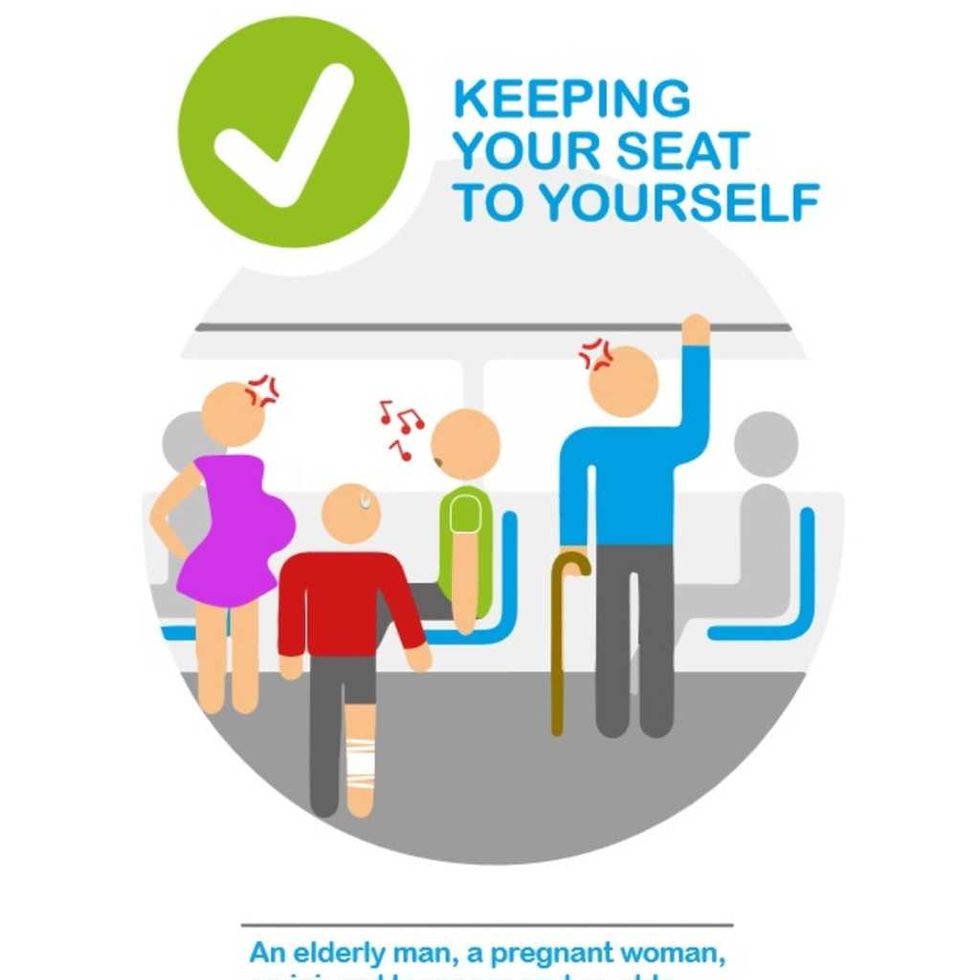 We've talked at length about Montreal bus and metro etiquette, and yet still, some STM riders simply don't get it.

No matter what, there will always be that one asshole blocking the metro door, blaring their music, or taking up way too many seats.

Existing ads in the STM make the public transit system seem welcoming and jovial. Montrealers Anna Giacobbe and Matthew Dessner know this isn't the reality, and have created their own STM ad series to show what an asshole people can be on the bus and metro.

Titled "Society in Mayhem" these STM subverts are hilarious and super on-point. Giacobbe is updating her Instagram account (@thestellz) with a new STM subvert each day, and will be posting them up all around the STM metro system for everyone to enjoy.

We managed to get an exclusive feature on the Society in Mayhem STM ads, so see 'em all here first:

What do you think of these STM subverts?