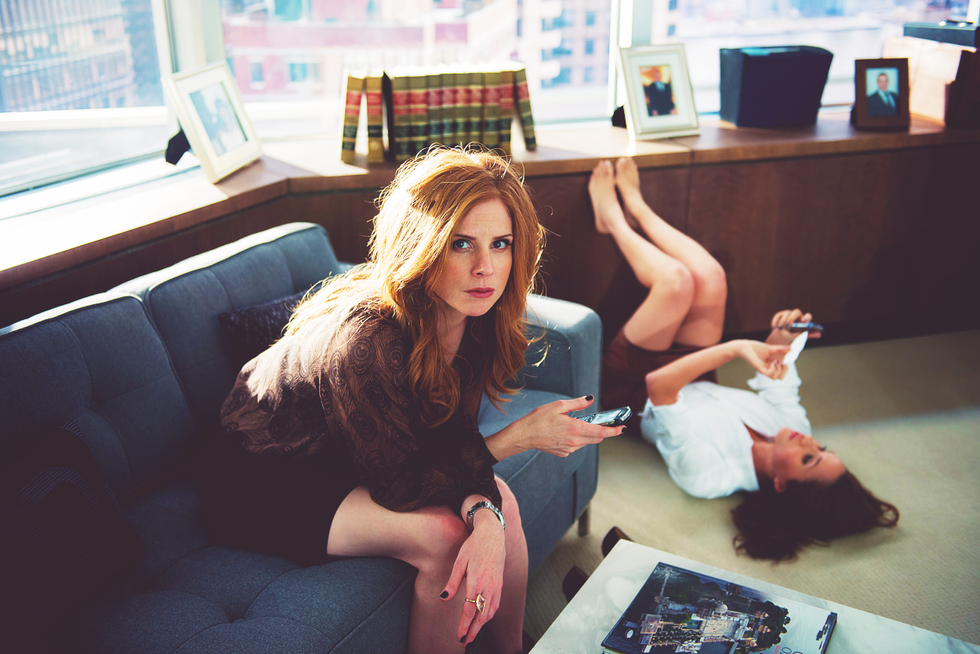 Great TV will now dominate your Tuesday nights for the foreseeable future Montreal! Six years after being cancelled, Whose line Is It Anyway? is BACK on the CW! This week saw the first two of 12 episodes in the shows’ 9th season, with show veterans Wayne Brady, Colin Mochrie, and Ryan Stiles back for more! Every week, a 4th “wildcard” performer will join the cast onstage for some live improv comedy. There will also be a celebrity guest, this week it was Lauren Cohan (The Walking Dead) and Kevin McHale (Glee).

If you've never seen Whose Line, stop reading this and reevaluate your life choices. Because chances are you've messed up more than just your choices in Television programs. Everything the performers do are completely made up off the top of their heads, through instruction from the studio audience or by the host herself.

I have to admit I was a bit skeptical, with the 6-year break, and newbie host Aisha Tyler (Archer), my expectations weren’t the highest. I couldn’t have been more wrong! They had old classics like “Let’s Make A Date” (A dating show with ridiculous contestants), What’s in the Bag?” (Using whatever they can from inside audience members’ handbags), and of course “Scenes From A Hat” (Acting out scenes written by the studio audience). Still at the half hour format, the episodes are short and get straight to the funny.

WATCH THE FIRST EPISODE OF WHOSE LINE IS IN ANYWAY NOW!

Suits is also back for a third season, and this week’s season premiere is a big one (and it's sexy as all hell)! We see repercussions of Mike telling Rachel the truth about his Harvard education, as well as the new relationship between big boss Jessica Pearson and the firm’s new British majority partner Edward Darby, who I only just realized also plays Lord Varys on Game of Thrones!)

And there is (another) casting choice this season that Game of Thrones fans will be happy (any maybe a little relieved) to see! Michelle Fairley, aka Catelyn Stark of Game of Thrones fame, is the firm’s newest client, and she does an impeccable job with what little screen time she’s given this week.

The most entertaining part of this week’s episode is the ongoing feud between Louis and his British counterpart Nigel Nesbitt, and the banning of Louis’ beloved raspberry bran bars and uniball pens. And Harvey makes a BIG move at the end of the episode, which sets up what will surely be one hell of a great season!