The Average North American Man Vs The World 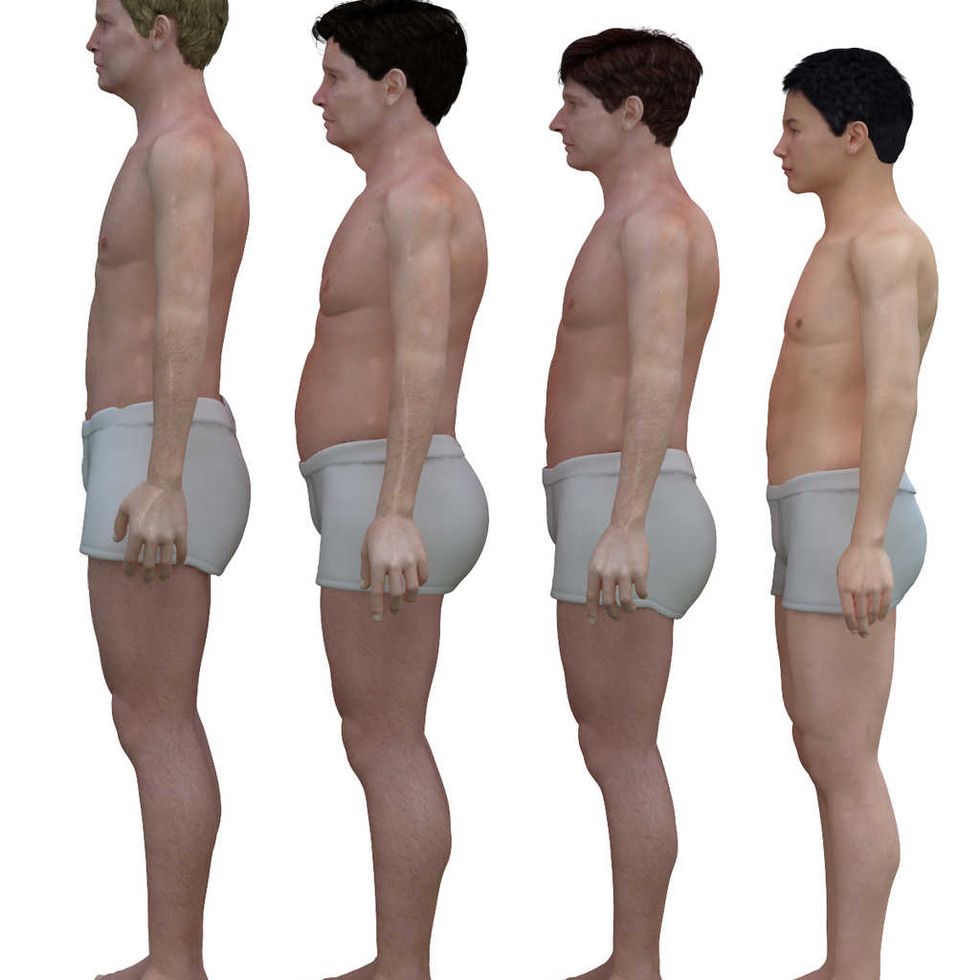 American men aren't particularly known for their healthy lifestyle and physique. Celebrities and athletes aside, the general conception is of the obese and lazy American guy who is more than a little soft around the edges. Canada sits a top the US, and while we like to think we're better looking and more healthy, our nation has adopted many of the poor eating habits of our neighbors to the south. North American men, as a general group, don't compare to well with the males of other nations, and here's proof.

Creating computerized men using dimensions and fat level contents based on national averages, Nickolay Lamm has made visual comparisons of North American men against Japanese, French, and Nordic men. Check out the stark comparisons below, and see how men like us don't really measure up, except in girth.

Is this an unfair comparison using skewed data? Do Canadian or Montreal men not fit into this physical format? Let us know what you think in the comments below.