The Life And Times Of An Elderly Superhero 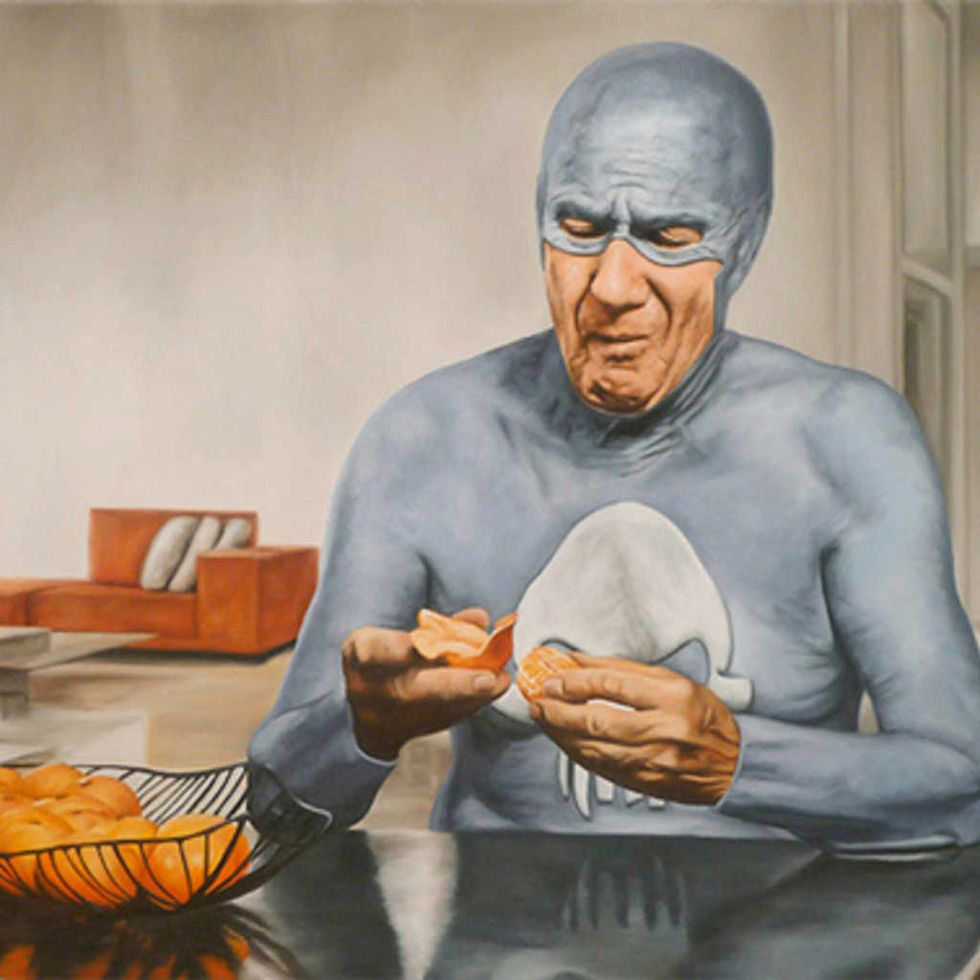 Superheroes never seem to age. Even though some of our favourites have been around since the 1940's, they haven't aged a day. Some have even gotten younger. You could argue that superpowers delay the ageing process, although that wouldn't work for everyone's favourite vigilante: Batman. Superhero time just doesn't work the same as the real world's, but what if it did?

Artist Andreas Englund explores the idea of an ageing superhero in his expertly drawn oil paintings. Starting off young and muscular, the ravages of time take a toll on Englund's Punisher-esque hero as he grows old, flabby, and can't kick ass like he used to. See what happens when a superhero gets old in the photo series below.

The Not Quite As Good And Much Older Days

Okay, Maybe Not THAT Feisty

And A Super-Meta Dinner Party To End Things Off

Check out more of Englund's awesome work, and order your own Old Superhero Oil Paintings at his official website.