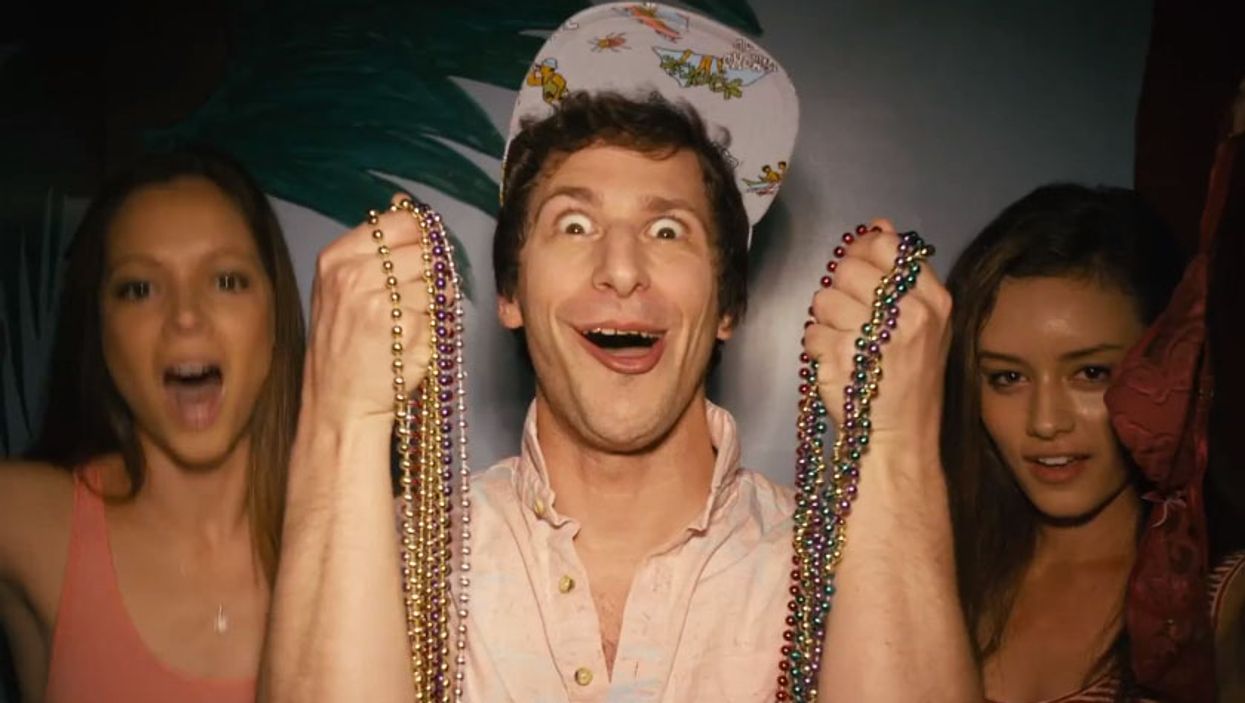 Legitimate question: if someone ordered you to 'make your booty speak' and to 'teach that ass English', would you do it? This is one of the profound existential conundrums that premier comedy rap group The Lonely Island poses to their listeners on their brand new album, which dropped earlier this June.

'The Wack Album', the group's third, thankfully does not live up to its name. The album is jam packed with chuckle inducing magic that might just fill the comedic void in our lives since talking about dicks in boxes went stale.

Some gems worth highlighting include 'I F****d My Aunt', 'Diaper Money', and 'Go Kindergarten'. Don't let the names fool you - there is some legit social commentary on this album. Group member Jorma Taccone sums up how things have changed since their previous album, saying "We're grown men, so some of our songs are now talking about really adult issues. And then a lot of them aren't."

The Lonely Island consists of Andy Samberg, Jorma Taccone, and Akiva Schaffer, all of whom are recent SNL dropouts and have known each other since middle school. The trio's friendship-turned-comedy-career-turned-music-career is truly enviable, proof lying in the fact that on this last album alone they've recorded songs and videos with the likes of Kendrick Lamar, Paul Rudd, Robyn, and Solange, just to name a few.

With a combo of star-studded track listings, intentionally over the top music videos, and seriously ridiculous, seriously hilarious lyrics, The Lonely Island has proven yet again that comedy rap doesn't have to be as lame as it sounds.

7 Things SNL Got Wrong About Montreal In Its 'Bonjour-Hi!' Sketch

Some Quebecers aren't happy with Saturday Night Live's depiction of us.
Global TV

This past weekend, the cast of Saturday Night Live spoofed the CBC, putting its focus on the "Bonjour/Hi" debacle that Quebec continuously finds itself in.

Montrealers are known for being a pretty chill crowd, maintaining a joie de vivre not often found in other cities around the world.

The only place in the city to check out Sugar Sammy, Joel McHale, Laverne Cox, and more!
HaHaHa

Alright, friends, show of hands: who here loves to laugh?

That was a dumb question, I know. Everyone loves to laugh, and if you don't... well, maybe get that checked out. That's not super normal.

P. Diddy Whips His Dick Out And Punches Paul Rudd In "Go Kindergarten"

Weve seen a lot of weird shit come out of The Lonely Island music videos over the years, but this one certainly takes the cake as the most fvcked up. Go Kindergarten their new single features P.Diddy, Paul Rudd and Robyn doing all kinds of messed up stuff. Check it out Montreal.