You know you want a bite.
Michael D'Alimonte 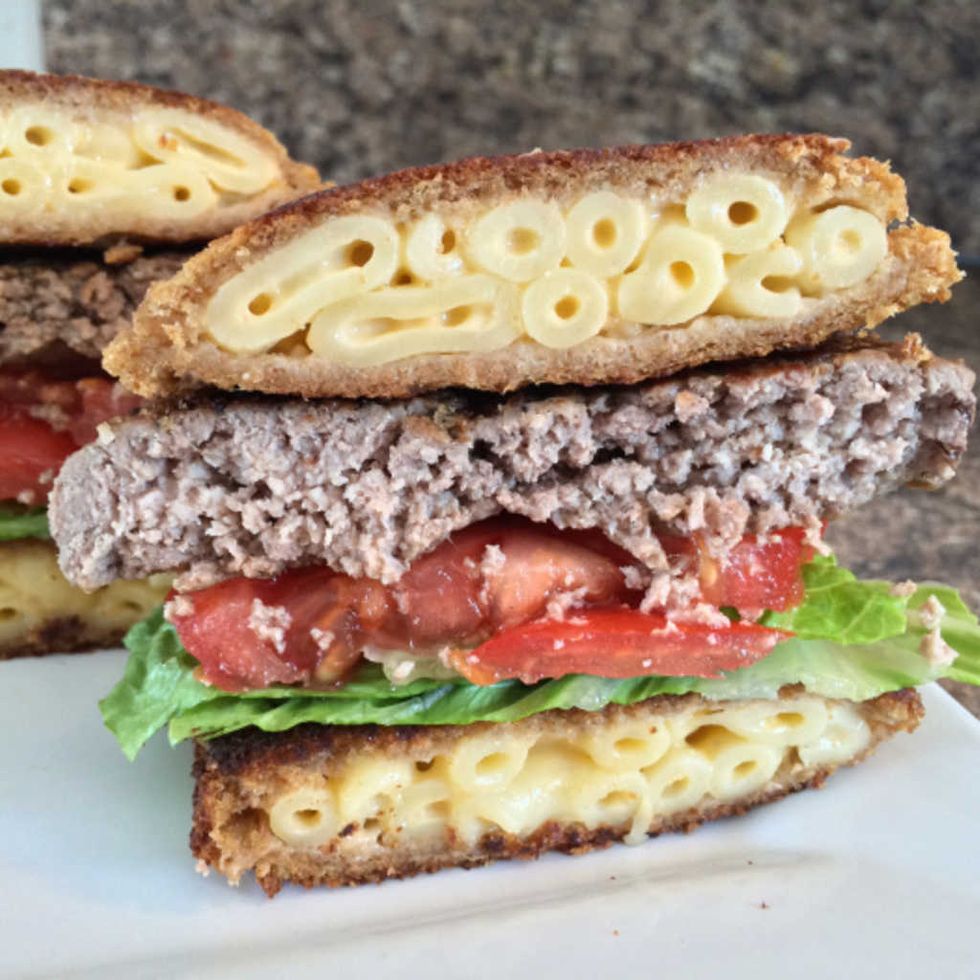 Combining two delicious foods is never a bad idea, especially when mac 'n cheese is in the mix. A full on beef burger has gotten mac-attacked, and the Mac & Cheese Stuffed Bun Burger is the delicious resultant.

We've seen a bun made out of cheese (Diablos BBQ's Burger Week winning Cheesus Burger) and Montreal's food trucks have been great at making magical mac & cheese sandwiches, but none compare to this dangerous creation.  One Montreal resto/truck needs to get on this level, and this looks like Le Cheese truck territory to me.

If you can't wait that long, see a step-by-step how-to below.

First flatten some bread. You mine as well use whole wheat, and try to create the illusion of being healthy.

Top it off with another slice and give it a quick egg wash for that pretty browning effect and throw it in the oven.

Throw a burger and all the fixings in between. Looks normal, until...

BAM! Surprise mac and cheese! Behold, the Mac & Cheese Bun Burger in all it's cheesy-meaty glory.

What Montreal resto should be serving this?