The PQ's Charter Of Values Is Straight Up Racist

Can`t we all just get along and drink beer?
Alex Melki 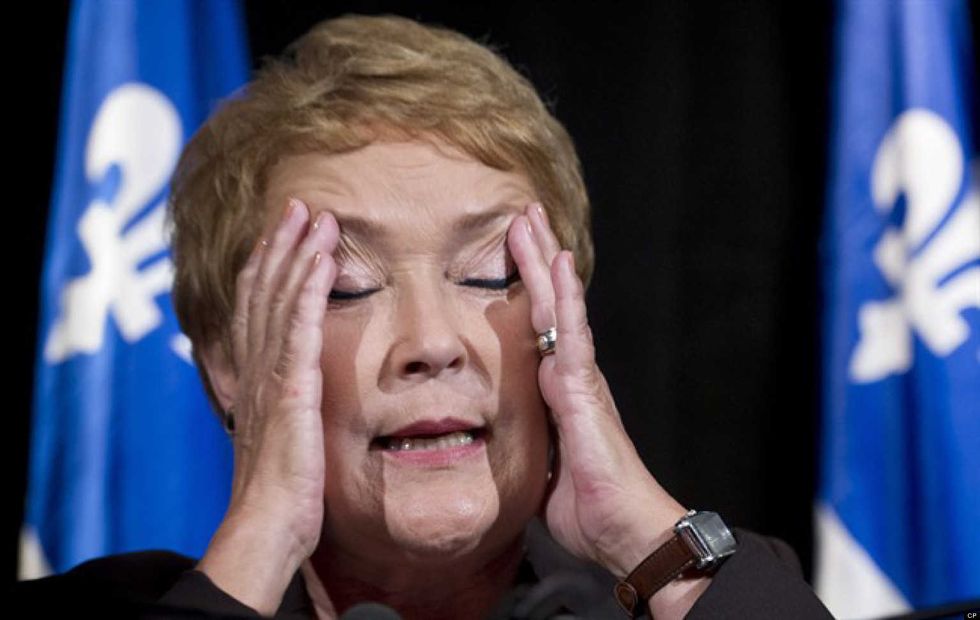 The PQ announced their proposed Charter of Values yesterday, which will "entrench the religious neutrality of the state and the secular nature of public institutions in [Quebec's] Charter of Human Rights and Freedom." That's a fancy way of saying no more religion in the Quebec government. UNLESS of course it's a teeny bitty cross, which never hurt anyone. Right. Here's a quick list of what this charter will do:

The National Post's Steve Murray drew up a few more things that are obstructing the PQ's reign of supremacy. Though this is done as a joke, the PQ could possibly go through with these as well. Because as everyone knows, the PQ's official slogan reads "Fuck Logic."