How do they always do this?!?! 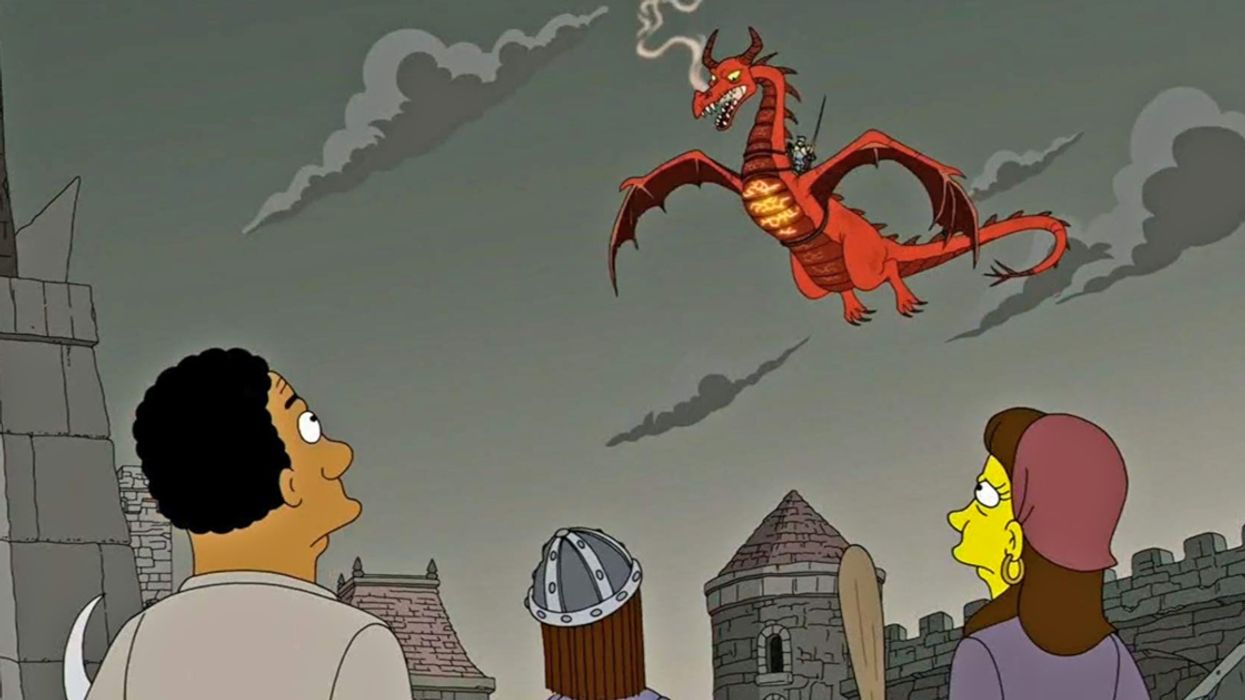 The Simpsons via IMDb.com
Lena Slanisky

It's no secret that the writers of The Simpsons have a crystal ball or some kind of future-telling device because they constantly manage to tell the future...

And after the most recent Game of Thrones episode, they've proven to have done it again.

In an episode called The Serfsons, a Game of Thrones parody episode aired in 2017, The Simpsons all but show the exact outcome of King's Landing. Take a look at a clip of the episode below.

These pictures above are all I'll include in terms of Game of Thrones screencaps/images because if you haven't seen the episode I don't want to ruin more than is strictly necessary.

But you can see in the images above that fire from the mouth of dragons is the eventual demise of King's Landing.

Now check out the clip below from the 2017 episode of The Simpsons. To see the exact scene of reference, scroll ahead to 3:40.

While the overarcing plot of "The Serfsons" extends past the Game of Thrones plotline (they needed to account for the whole Simpsons clan, after all), the demise of King's Landing is literally spot on exact.

How do they manage to do this all the time?! It's one thing to imagine Lady Gaga being Lady Gaga at the Superbowl... (and also, I'm one to believe the copied the Simpsons because how could you not?!).

But to manage to anticipate a show whose script is kept under lock and key to avoid spoilers, and even more, to anticipate a plot twist that even the most avid fans couldn't believe -- I'm shook.

Also can we please talk about how perfectly The Simpsons theme song goes with the Game of Thrones opening sequence? I'm cackling.

I love The Simpsons so much and I can't wait to subscribe to Disney Plus so I can re-watch all the seasons from the beginning and laugh along with our beloved yellow fam.

Because Disney has ownership of FOX, they'll have the entire series, along with a bunch of other wicked shows and movies.