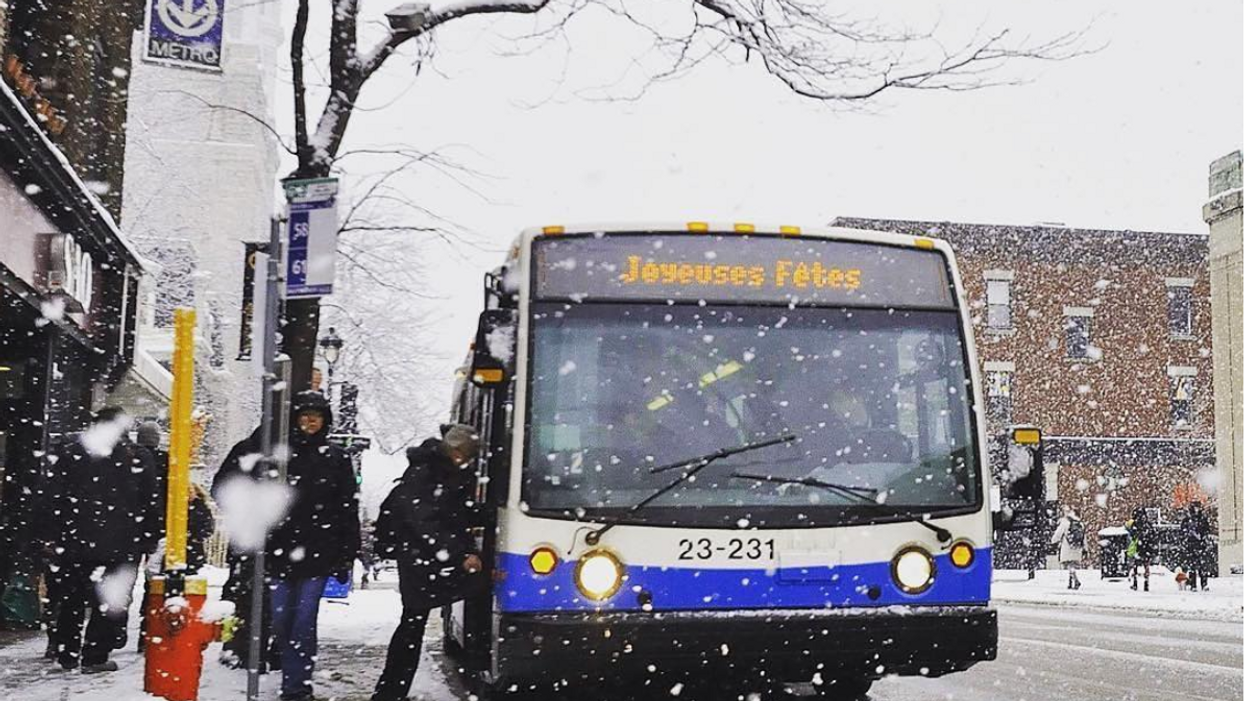 A new dawn has broken. The painful experience of waiting at a STM bus stop, completely in the dark as to when (if ever) your ride will ever arrive, are officially over.

“This phase of the iBUS project represents a major change for customers who will see their transit experience improve significantly with real time information available from their smart phone or computer” said Philippe Schnobb, chair of the STM’s board of directors in a press release.

READ ALSO: What Each Province In Canada Googled The Most In 2017

As of yesterday, Montrealers have had access to the beta version of the STM’s iBUS bus-tracking system, available via the STM website or the Transit smartphone app.

The interface is pretty simple to use. Look up a bus route, click on a specific stop, and arrival times are listed by-the-minute. If data is unavailable, then scheduled arrival times will be listed instead.

Probably best of all is the fact that the STM is fully collaborating with Montreal-made public transit app and startup Transit.

As outlined by Transit via a blog post on Medium, the startup is working with the STM to improve real-time service, testing of the STM’s real-time data, and implement new features to improve the user experience, among other things.

Basically, we have a local startup already proven to be a leader in public transit technology making sure the STM’s iBUS system is up to snuff. Plus, if you’re already a Transit user (which many Montrealers already are) you don’t need to switch over to the STM’s website, because real-time bus tracking is available on the app.

“Real time is crucial to growing the confidence customers have in their public transit service” said Samuel Vermette, president and co-founder of Transit.

To say that real-time bus tracking is the “best thing ever” is a tad hyperbolic. But again, actually knowing when a bus is going to arrive, so you can plan ahead and make sure you’re only standing in the dead cold of winter for the shortest amount of time possible, is truly a blessing from the transit gods.

iBUS is only in beta, mind you, so be prepared for some minor glitches or hiccups in service. It may be frustrating, but try to quell your anger knowing that every mistake made by the iBUS system is another step into improving service overall.

The STM is already planning on adding some new features to make 2018 an even better year for public transit use. Some of the planned add-ons include: messages to let you know when a bus stop is cancelled (or any other changes in service), real-time bus info posted on existing digital bus shelters, and getting bus schedules through text messages.

For now, we’re pretty pleased with just having iBUS’s real-time bus tracking. Gripe all you want about no winter tires or whatever, because knowing when your bus is arriving is a blessing to all public transit riders.