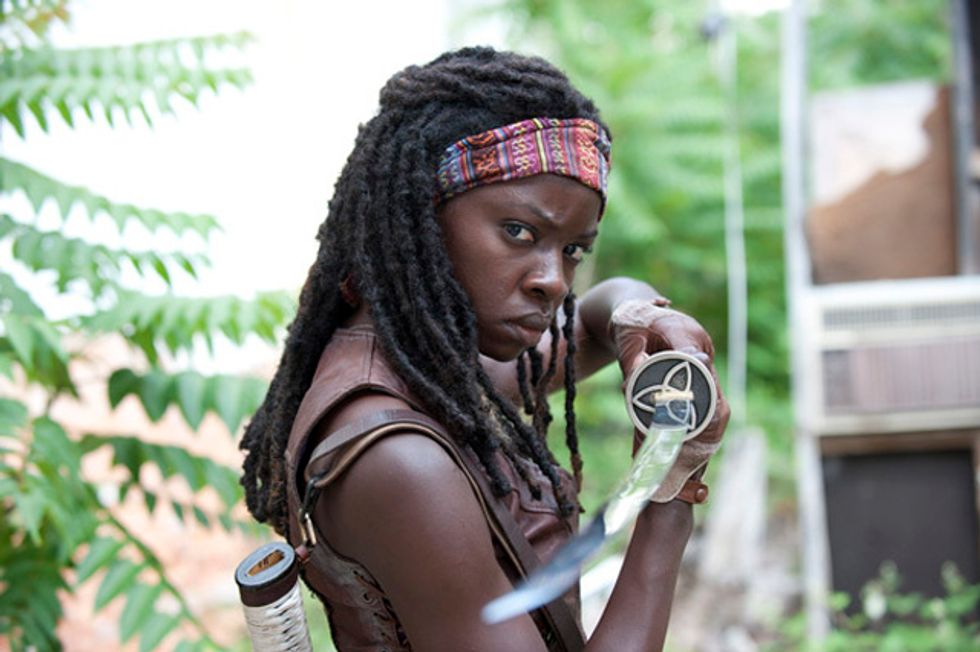 The Walking Dead panel showed off a 4 minute long trailer that sets up the upcoming season of the fan favorite series, and it looks absolutely amazing! As someone who’s read the graphic novels, I can tell that the studio is still playing it safe, but the new season looks and feels more like something George A. Romero would be proud of.

There Will Be A Batman-Superman Movie

At the end of the “Man of Steel” panel, a film we here at MTLblog were less than crazy about, director Zack Snyder calls up actor Henry Lennix, who played General Swanwick in the film to make use of his powerful voice. The announcement made was followed by the most thunderous of applauses, when the final reveal of a combined Superman/Batman logo appeared on a gargantuan screen. All I could think at that moment was Zack, Mr. Snyder, Warner Bros., please, PLEASE don’t fuck this up, for the sake of DC comics and comic fans everywhere!

Not to be outdone by DC, the Marvel panel was crashed by comic fandom’s most passionate director, Joss Whedon, who busted out the name and logo of the upcoming 2015 Avengers sequel! “Avengers: Age of Ultron” will pit the gang against one of the their hardest enemies fought in recent comics. Though Whedon admitted the movie’s storyline would not be a direct copy/paste of the comics’, Ultron is said to be a man-made robot who eventually turns on the human race (Terminator anyone?), and who learns new skills after every battle (kind of like the robot in Pixar’s Incredibles?). Regardless, it will be glorious it will make billions and everyone will flood to see it day one.

Bryan Cranston walked the convention floor, all the way to the Breaking Bad panel dressed as his on-screen counterpart “Walter White” and no one did so much as bat an eye! Cranston then pulled off the mask, most likely making die hard fans in the audience realize they had seen the star in the slew of other convention attendees, not thirty minutes prior to his arrival. No big bombshells were dropped concerning the upcoming final season of the hit show, but we’ll have extensive coverage during this last season here at MTLblog, so watch out for that!

Karen Gillian Shaved Her Head For Guardians Of The Galaxy

Former Doctor Who star and nerd heartthrob Karen Gillan had a reveal of her own, when she whipped off a wig to display a completely shaved head. Gillian did this for her new role as "Nebula" in Marvel’s upcoming film franchise “Guardians of the Galaxy”. The film will star Chris Pratt (Parks and Recreation), Michael Rooker (The Walking Dead), Benicio Del Toro (Fear and Loathing in Las Vegas), and Zoe Saldana (Star Trek), set for 2014. Not much is know about the film other than it will focus on a U.S. pilot who gets stuck in a universal war, ending up in space and who teams up with a group of futuristic ex-cons. Yeah, I’d watch that.