Trumpian language has crossed the border. 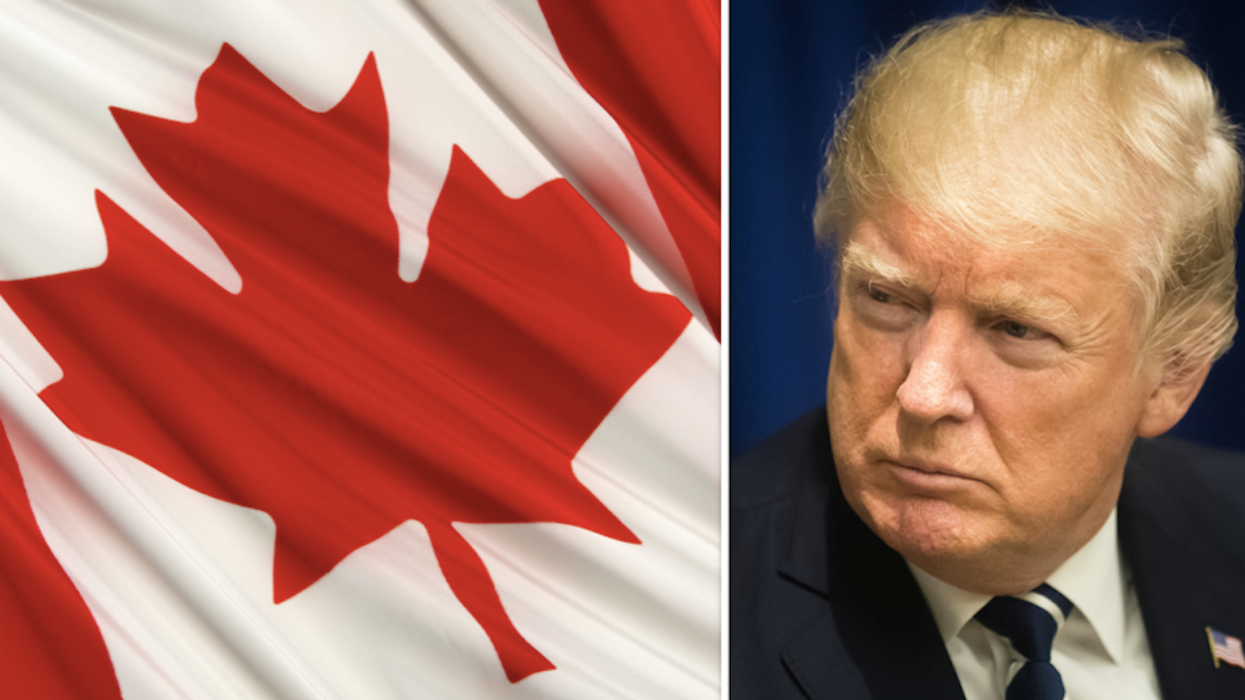 Canada is entering a period of political uncertainty.

As political scandal continues to to rattle Ontario, Quebec is in the midst of an election cycle.

ALSO READ: This Map Shows All The Secret Cameras That Are Spying On You In Montreal

Federal elections are also on the horizon. Some even predict that Trudeau will call snap elections sooner than anyone thinks.

Then, of course, there's Trump, who continues to undermine the very tenets of North American cooperation. His threat to dismantle NAFTA, the agreement that commits Canada, the U.S., and Mexico to open trade policies, has had huge political consequences for the Trudeau government.

If negotiations fall through, the Canadian economy could also be vulnerable.

But at least Canadians are largely proctected from the worst of Trump's rhetoric, right?

Well now it seems some of Trump's tendencies are beginning to take hold north of the border.

Today, former Conservative MP from Quebec Maxime Bernier announced that he was leaving the party to found one of his own: the People's Party of Canada.

While that may sound like the name of communist single-party state, Bernier actually plans for the "PPC" to represent more right-wing and libertarian voices in Canada.

Many of Bernier's policies are palatable to the Canadian electorate. A smaller federal government, lower taxes, and more privitization are valid proposals, no matter how vehemently we may disagree with them. He also supports other socially progressive policy.

But of particular concern are Bernier's view on immigration.

Indeed, in his tweets, he uses almost Trumpian language to describe immigrants and refugees that do not, as he understands them, accept "Canadian values."

If you can buy a plane ticket from Nigeria to NY, you’re not a real refugee. How long will this costly farce continue to destabilize our refugee system? The solution is to close the loophole in the treaty and immediate return these false refugees to the U.S. https://t.co/nwxMWa1brt

He describes "diversity" as a detriment to Canadian society.

4/ But if it has *ever more* diversity, constant change, radical questioning of what defines it and holds it together, then it will lose its structure and disintegrate into randomness and chaos. Nothing will distinguish it from anything else. That’s entropy.

2/ At too high a level, immigration ceases to be a tool to economically benefit Canadians, and it turns instead into a burden. It becomes essentially a big-government policy of social engineering for ideological and electoral purposes.

Apparently, in his view, immigration "forcibly changes the cultural character and social fabric of Canada."

1/ Our immigration policy should not aim to forcibly change the cultural character and social fabric of Canada, as radical proponents of multiculturalism want. Of course, society is transformed by immigration. But this has to be done organically and gradually.

Successful immigration depends on social acceptability and the maintenance of social harmony. Many people have asked how do I know that there is “too much diversity.” When I see that half of Canadians believe immigration levels are too high, I know we’ve reached that point.

Canada under extreme Liberal multiculturalism: While a statue of our country’s founder is being removed in one city, a park was recently named after Pakistan’s founder in another, in the presence of M103 Liberal MP sponsor.

He thinks diversity "will destroy" what has made Canada "such a great country."

6/ Cultural balkanisation brings distrust, social conflict, and potentially violence, as we are seeing everywhere. It’s time we reverse this trend before the situation gets worse. More diversity will not be our strength, it will destroy what has made us such a great country.

Bernier is clearly much more eloquent than Trump. But his ideas about immigration and diversity have the potential to be equally harmful.

This brand of nationalism now has an official platform in Canada that could attract thousands. While Bernier's tweets are relatively understated, to many, they could be read as a "dog whistle" call for racialized arguments.

The political landscape in Canada is about to become more tumultuous.