The prize was equally hilarious. 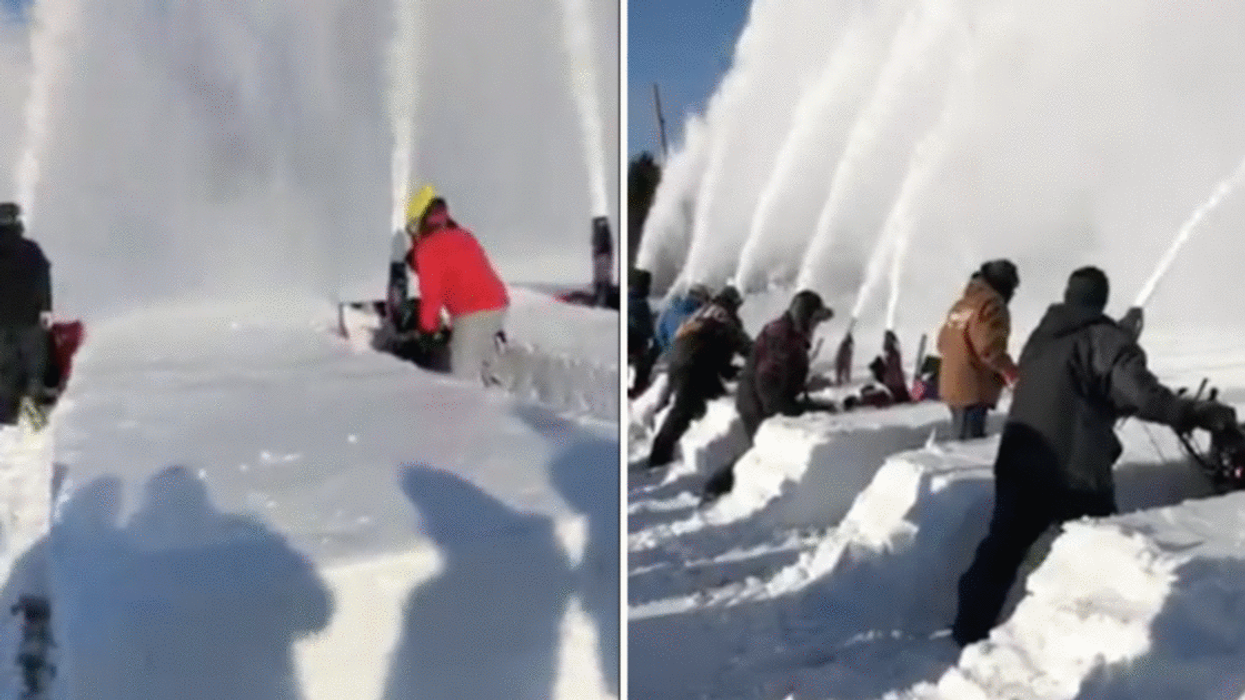 This winter in Canada has given us a cornucopia of hilarious videos that truly make me proud to be from this beautiful northern wasteland. But with this video below, I think we've officially outdone ourselves.

While people jumping into snowbanks in their bathing suits and skating on their driveway is impressive, these guys in Northeastern Quebec have officially invented the most Canadian sport of all time. And we've got a video

READ ALSO: Here's Exactly How To Get Compensated You For Car Damage Due To Potholes In Quebec

TL;DR As part of a winter festival in Northeastern Quebec, several ultra-Canadians invented the most Canadian sport of all time: a snowblower race. Video below.

Just north of New Brunswick is Saint-Narcisse-de-Rimouski, a small town right on the Saint Lawrence River. Like most of Canada over the past couple of weeks, they've received a lot of snow.

So much snow, in fact, that they decided to make a sport out of it... and what a hilariously Canadian sport it is.

What is this ultra-Canadian sport, you ask? A snowblower race.

Yes, you read that correctly.

The Carnival is hosted by the Recreation Center in the town and the snowblower race has a prize almost as Canadian as the event itself: a heat pump.

The area around Rimouski and Rivière-du-Loup saw over 100 cms of snow throughout January, and even more has hit the ground throughout February.

So it comes as no surprise that the good people of Saint-Narcisse-de-Rimouski in the video below felt it only natural to turn snow-blowing into a sport... it never hurts to turn a chore into a game.

Also, if you're in the market for a snowblower, we can now tell you the one that's most likely going to get you out of a Rimouski-sized snowbank... the winning snowblower was a Honda.

If you have your own hilariously or beautifully Canadian videos, be sure to send them our way via our Instagram @mtlblog.