No one can hate Montreal, that is a fact.

Just in case you’d started to think Montreal -born and -bred celebrities might have forgotten their cultural roots after making it big and maybe moving away to faraway lands, here’s some words to remind you of the attachment they still hold to the city, one which doesn’t fade fast.

“I am not a Starfleet commander, or T.J. Hooker. I don't live on Starship NCC-170...[some audience members say 'one'], or own a phaser. And I don't know anybody named Bones, Sulu, or Spock. And no, I've never had green alien sex, though I'm sure it would be quite an evening. [Pomp and Circumstance begins playing] I speak English and French, not Klingon! I drink Labatt's, not Romulan ale! And when someone says to me 'Live long and prosper', I seriously mean it when I say, 'Get a life'. My doctor's name is not McCoy, it's Ginsberg. And tribbles were puppets, not real animals. PUPPETS! And when I speak, I never, ever talk like every. Word. Is. Its. Own. Sentence. I live in California, but I was raised in Montreal. And yes, I've gone where no man has gone before, but I was in Mexico and her father gave me permission! My name is William Shatner, and I am Canadian!”

“In America, there’s a lot of cool cities, but in Canada, there’s like, well, Vancouver, Toronto and Halifax [that] may be cool, but they’re so expensive. Montreal is the only city that’s affordable and also have buses and culture.” 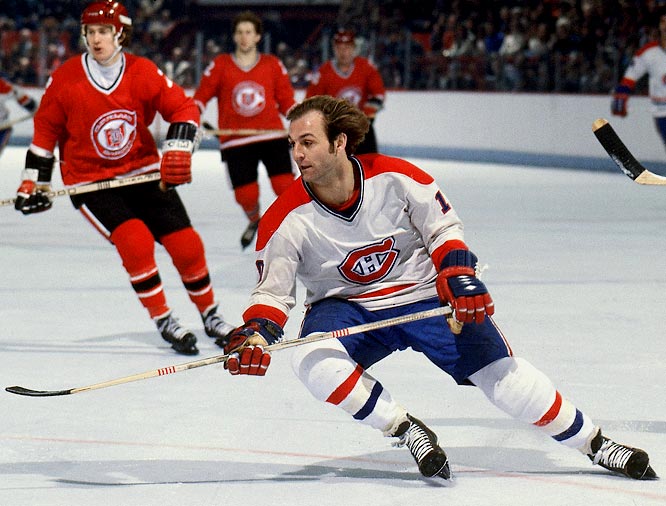 “It was my dream playing for the Montreal Canadiens; it was my Dada’s team.”

“I cannot go to Montreal without going to Beauty’s, my favorite place for breakfast, where I have the Mish Mash Omelet with hot dogs, salami, eggs, green peppers and onions, and the best banana bread in the world. It’s legendary.”

"My relationship and the bond with the people in Montreal was kind of special and that doesn’t happen very often.”

“The excitement of the fans in Montreal, especially in the playoffs, I don't think you can get that anywhere else. For a hockey player, I kind of wish everyone could go through that and experience what it is to play there. It's very unique.” “You know what's nice about Montreal? Not only is it a beautiful city, but you have Cuban cigars. “

“I want to paint Montreal as a rather fantastic city, which it was, because nobody knows today what it was like. And I'm one of the last survivors, or rapidly becoming one.”

"They read their sports pages, know their statistics and either root like hell or boo our butts off. I love it. Give me vocal fans, pro or con, over the tourist types who show up in Houston or Montreal and just sit there.”

“There’s all sorts of weird shit here in Montreal, so I kind of blend in with the culture.”