It's showing a 50% chance of erupting "at any moment." 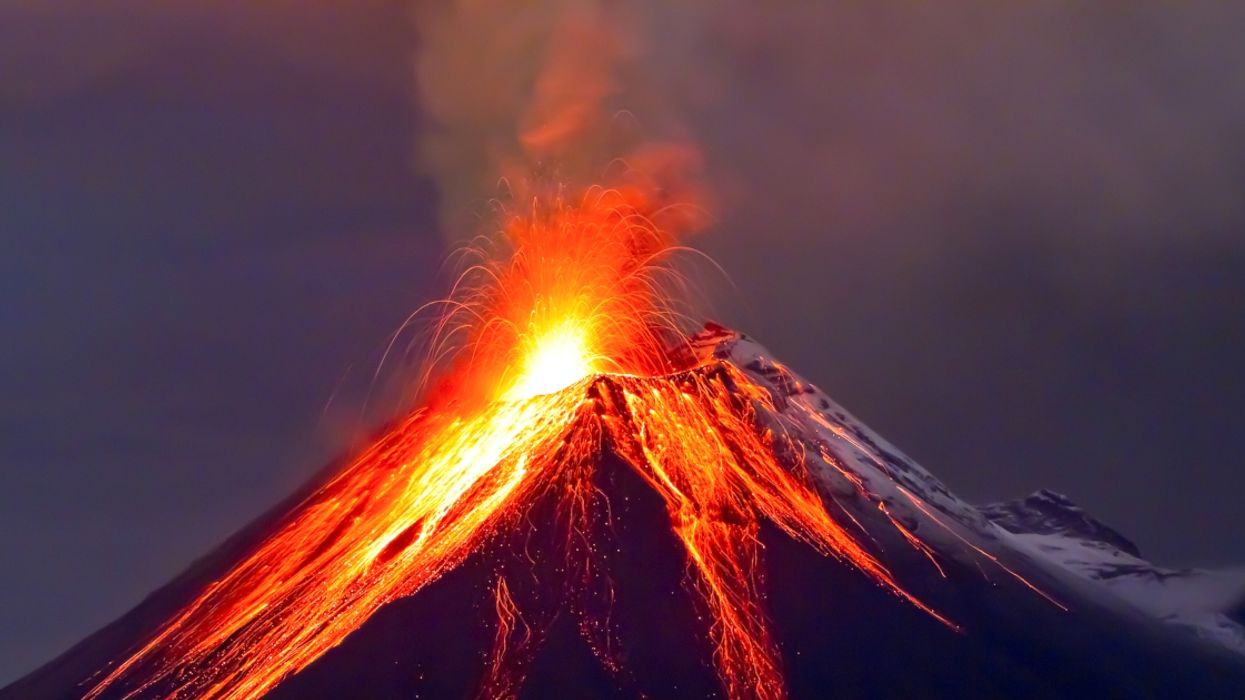 A Russian geophysicist is now warning that presumed-dormant volcano Bolshaya Udina (which translates to "Big Udina") has become active and could now erupt at any moment.

Several sources, including The Weather Network and Global News, are reporting that this volcano has woken and is now threatening an eruption that could very well be catastrophic.

Bolshaya Udina and its sister volcano Malaya Udina (which translates to "Small Udina") are located in the Kamchatka Peninsula, on Russia's far eastern coast.

It's easy to underestimate the size of Russia, so it can feel like a volcano there doesn't mean much for us. But this volcano is so far east that it's actually much closer to us than you'd imagine. Here's a map showing the volcano's location in proximity to Canada and the United States.

The distance between Udina and Anchorage, Alaska, is only 2,868 km over the Bering Sea.

While this was previously not a concern, according to The Weather Network, the volcano is now showing a 50% chance of erupting "at any moment," and that the impacts would be globally catastrophic.

The geophysicist, Ivan Koulakov, is hoping that by bringing attention to the volcano now, it can be reclassified as "active" so that a better watch is kept on it.

According to The Weather Network, there have been over 100 "weak seismic events" over the past 20 years, but a surprising increase in seismic activity has been noted since 2017.

In just the last couple months, there have been over 2,400 seismic events, including a 4.3 magnitude earthquake. That's just since February 2019.

READ ALSO: Human Civilization Will End In Just 30 Years According To Scientists

These seismic events were noted because of four temporary seismic monitoring stations that were installed in the Bolshaya Udina region.

However, according to Koulakov and the study done by Russia's A.A. Trofimuk Institute of Petroleum Geology and Geophysics, the volcano is difficult to properly monitor because it is so far from any permanent seismic stations.

More monitoring stations will make it easier to determine how dangerous the volcano is and how close it is to eruption.

Another volcano in the region, Bezymianny, was also considered extinct before it violently erupted 1956. Bolshaya Udina shares significant structural similarities to Bezymianny and with a 50% chance that it will erupt, Koulakov is worried about the impact to nearby inhabitants, air travel, and most importantly the climate in the surrounding regions.

It is believed that there is a connected zone that is feeding Bolshaya Udina "significant amounts of magma," which could explain the current increase in seismic activity.