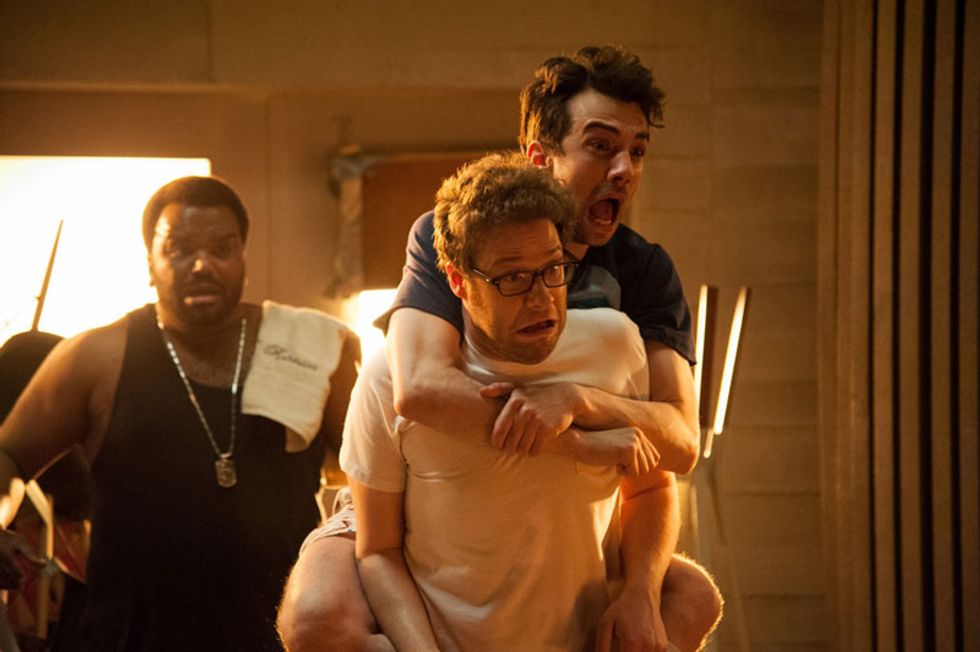 It’s hard to put into words just how incredible a movie can be without giving too much away. But “This Is The End” is the funniest movie I’ve seen at least since the first Hangover, and maybe even since Anchorman. This movie is THAT funny.

It starts off with Jay Baruchel landing in LA to spend some quality time with his buddy Seth Rogen (Keep in mind, every actor is playing themselves). The duo then head over to an A-list party at James Franco’s place. Everyone from Rihanna to Aziz Ansari make an appearance. Michael Cera is on-screen for less than 5 minutes, but he might just be the best part of this movie.

The best parts about this movie are the conversations the actors have in between big action scenes, it felt like the audience is just chilling with these guys. The dialogue is so quick and so organic, I can’t imagine most of the script not having been improvised on-set. Baruchel and Rogen have amazing on-screen chemistry. While Hill’s obsessive bromance with Rogen got a bit old towards the end, Franco’s undying affection for his Pineapple Express co-star was adorable. The story does have some religious plot devices, but it didn’t feel preachy or cheesy, it really works well.

A hilarious cameo from Channing Tatum and a musical number by a pretty huge 90’s boy band, make “This is The End” the funniest movie of the year (so far). If you thought the best parts were shown in the trailer, you’re in for one hell of a good time.