This Is The Solution To Montreal's Pothole Problem

A photo series devoted to the mighty pothole.
Michael D'Alimonte 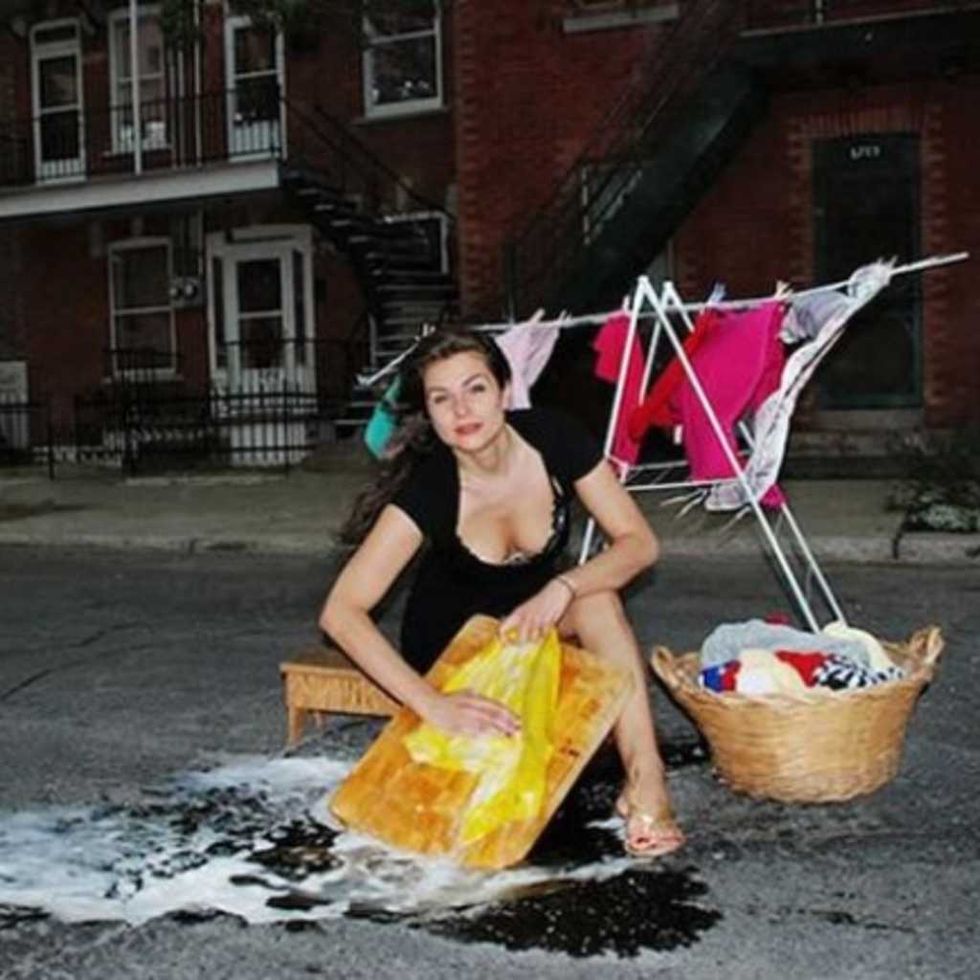 Driving around the city of Montreal isn't an easy feat. Not only because of the crazy drivers, overly brave pedestrians, or pieces of falling debris. Potholes are an urban epidemic that makes any drive a bumpy ride.

Instead of being frustrated and cursing all potholes, dynamic photography duo Claudia Ficca and husband Davide Luciano found inspiration in the urban hazards. To deal with potholes, the couple has created some very creative solutions.

The pair's photo series, My Potholes, is all about finding the fun in potholes, something that usually makes people furious. From pop-culture to food, all sorts of inspirations can be seen in the photo series, all of which will make you laugh, and maybe hate potholes a little less.

When life gives you potholes, make pothole-pasta. And Baywatch.

The next food craze: Donuts, with an infusion of pothole

Laundry in the middle of the street...sounds safe to me.

Beer and meat make everything better.

From proposal to bachelorette party, the pothole is there for you.

Santa, don't dip your cookies in there. That women just had a pedicure in that pothole.

If that's the hole Alice went down, I fear for that child's life.

Something tells me that guy isn't too famous if he's being immortalized in a pothole.