Right in the heart of the city, actually. 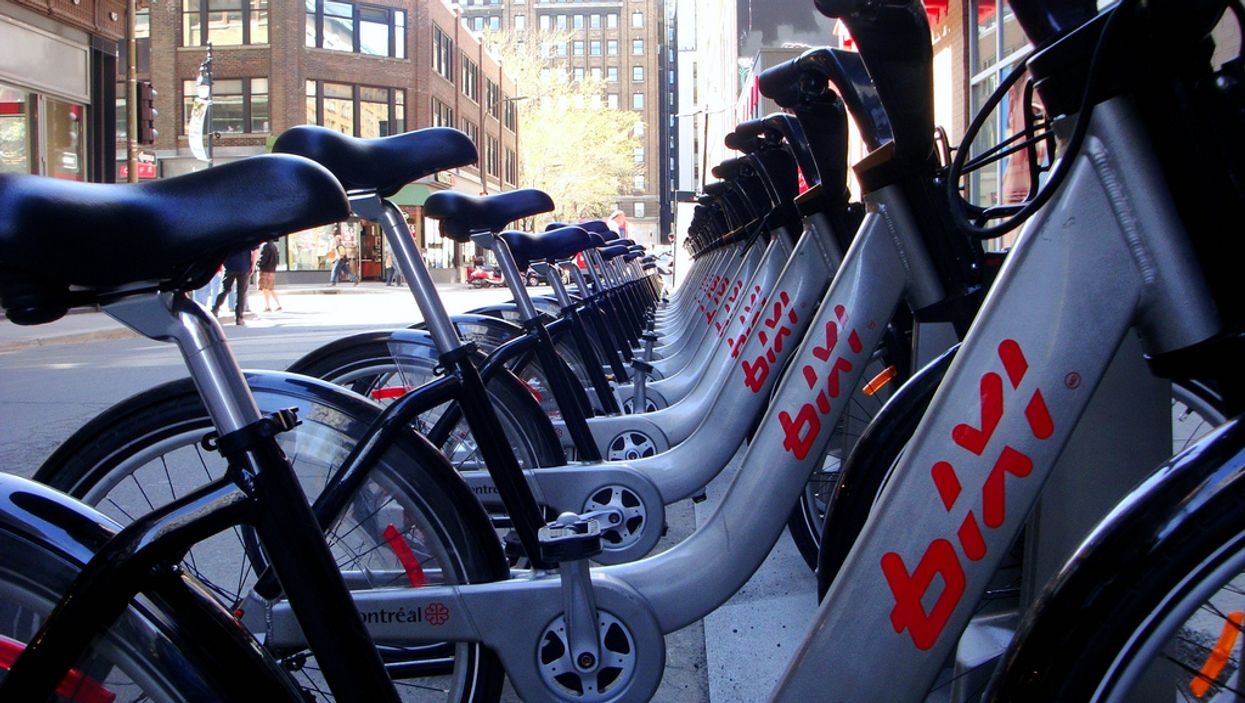 Every year (at least for the past six years) Bixi bikes have come and gone, seemingly appearing out of thin air in the spring, then returning from whence they came by early winter. But where exactly do Bixi's 5, 200 bikes go during the cold months of the year?

Not far, as it turns out.

Just a little over a week ago, the 2015 Bixi season ended, with the (admittedly clunky) bikes and bike stations taken from the streets of Montreal.

Some stations are still out and about, though, as only yesterday did I see city workers uninstalling a Bixi station in Downtown Montreal. Seeing one of the 460 stations quite literally picked up from out of the street had me wondering "where the hell do they keep those things in the winter?"

At first guess, I assumed some massive Bixi storage space well outside the confines of the city was used. Then the less rational side of me took over and I created a strange scenario where the all the Bixi stuff is shrunken down with Pym particles. Sorry, I really liked Ant-Man.

The real answer is far more mundane and close to home: A majority of Bixi bikes and stations are stored inside of the Olympic Parc.

A storage-setup that began last year, the Olympic Parc plays host to a large majority of bikes and the entire 460 stations that make up the Bixi network. All of the bikes and stations are stored in largely unused sections within the Olympic Parc's indoor parking area.

Bixi gets a boon by being able to store bikes and stations on the island, and so close to the public bike sharing network itself (there are four stations in the Big O's grounds), meaning they can take in bikes for hibernation in the winter and redeploy them in the spring far more quickly.

All that storage space comes at a cost, however, which is why the Olympic Parc is so keen on taking in Bixi for the winter. They also claim to be "encouraging active transportation in the city," though that's a bit of a stretch given that all the bikes are locked up, not that anybody would be keen to ride them in the cold.

So the case of the Bixi bike mystery has been solved. I know that one was really worrying you guys. No need to thank me.

Getting political, in style!
Jeremy Hazan

Montreal's Mayoral race is underway and like every year, the streets are plastered with campaign sings.

Of course, Montrealers have various ways of dealing with this visual pollution. In the past we've seen some people decorate the posters in elaborate ways.

Eat your way through this summer.
Création Choc

It's that time of year again in Montreal where the city is literally packed to the brim with super fun festivals. Walk down almost any street downtown and you're guaranteed to bump right into a crazy festival you've never heard of before.

READ ALSO: Mont-Tremblant Is Being Transformed Into An "Enchanted Forest"