This Man Ate And Drank Nothing But Poutine For An Entire Week, Here's What Happened

The effects of potatoes, gravy, and squeaky cheese. 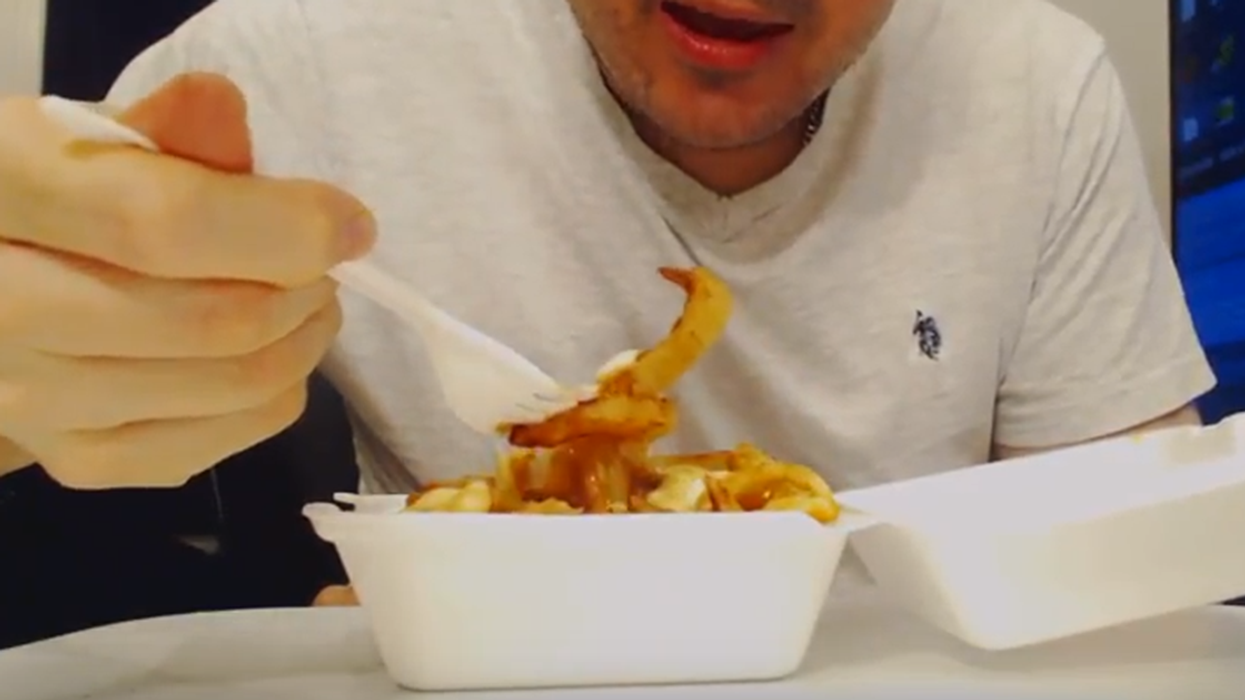 In an attempt to snatch poutine away from the jaws of Quebec and claim it for Canada, Saskatchewan native Devin Pacholik decided to live poutine for seven days and write about it.

Okay, so his real aim was to take poutine to the next level. However, one could be forgiven for attributing to him, a political motive.

READ ALSO: Montreal Now Has It's Own All-New Hilariously Offensive Board Game

After all, in his opening paragraph, he denies that poutine is Quebecois, claiming that it is the "one thing Canadians are allowed to be smug about".

One that is best described as a form of alternative medicine for preventing hangovers. Only the deadest of tastebuds would derive pleasure from this mimicry of cardboard.

Over the course of a week, Pacholik put poutine on everything from pasta to salad, rating the taste of everything on a scale of one to ten.

In doing so, he managed to breathe some life into the hangover slop through such bits of culinary brilliance as cabbage soup poutine, mushroom, and the bacon spaghetti poutine.

The coffee poutine didn't fare too well, however.

His poutine crusade went beyond food.

In order to unwind, he would draw a gravy and cheese foot bath and lathered on a gravy facial mask. He lit candles and "put on the soothing sounds of a deep fryer".